Pedro and Juan Manuel Conrado Martínez Castaños, together with Ignacio Ibarguchi Erostarbe —all from Vizcaya— worked as door-to-door salesmen, selling books, records and other material for learning Basque. Whenever they went to Tolosa, they would have lunch together at the Beti Jai restaurant.
On 24 June 1981, several members of the Goierri unit of ETA mistook the three young men for police officers and opened fire on them as they were about to get into their car. Juan Manuel Martínez and Ignacio Ibarguchi were killed instantly; Pedro Conrado was severely wounded and died nine months later from his injuries. ETA initially denied any involvement in the attack, but finally sent the families a note acknowledging that the triple murder had been due to “a mistake”.
Although the triple murder caused great upset in Tolosa, only a small group of people gathered at the scene of the attack the next day.
An artist by profession, Conrado Martínez had fought against the Franco dictatorship and had been active in the Comisiones Obreras trade union during his time as a metal worker. At the time of his murder, he was an active member of the communist party (PCE-EPK). 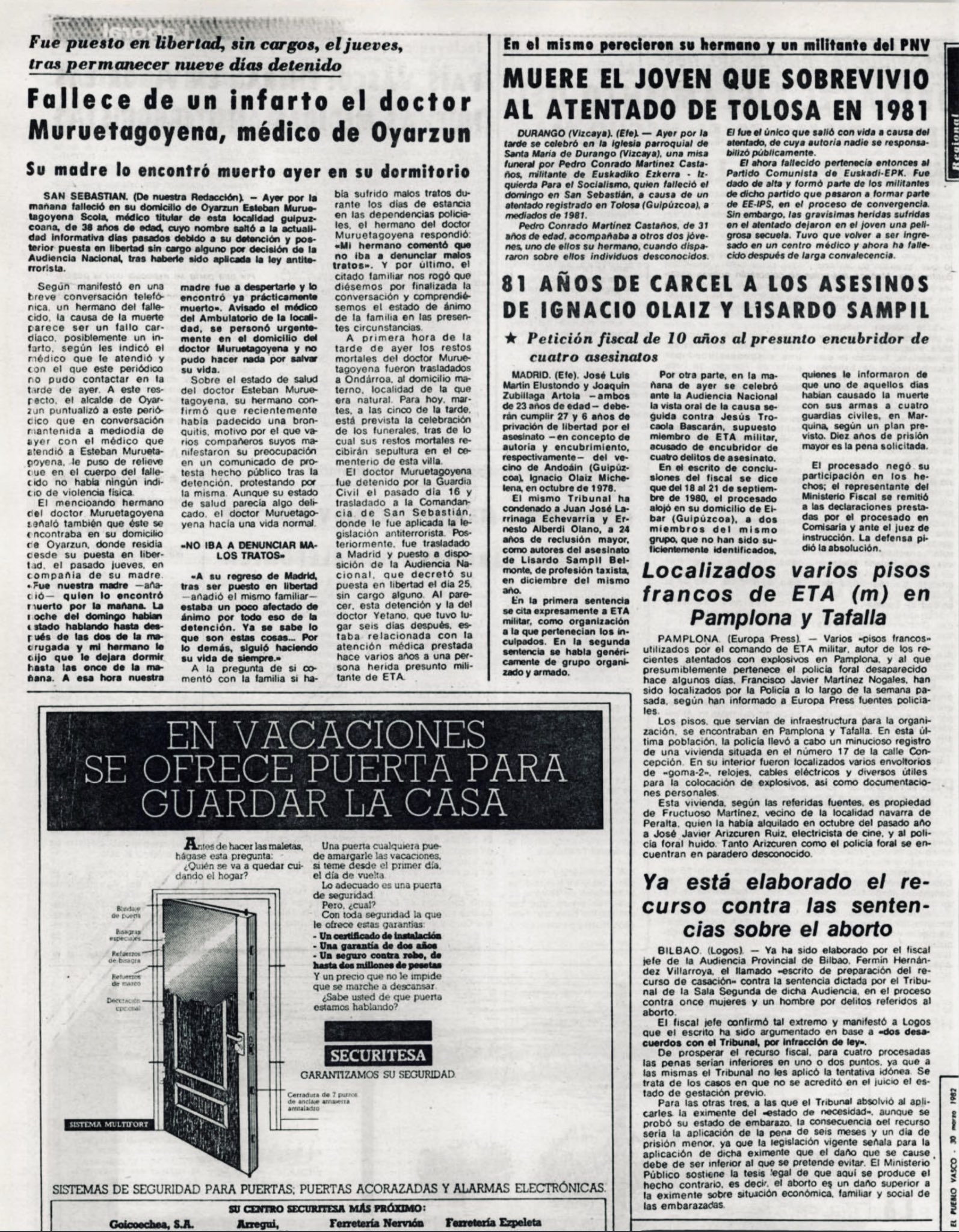 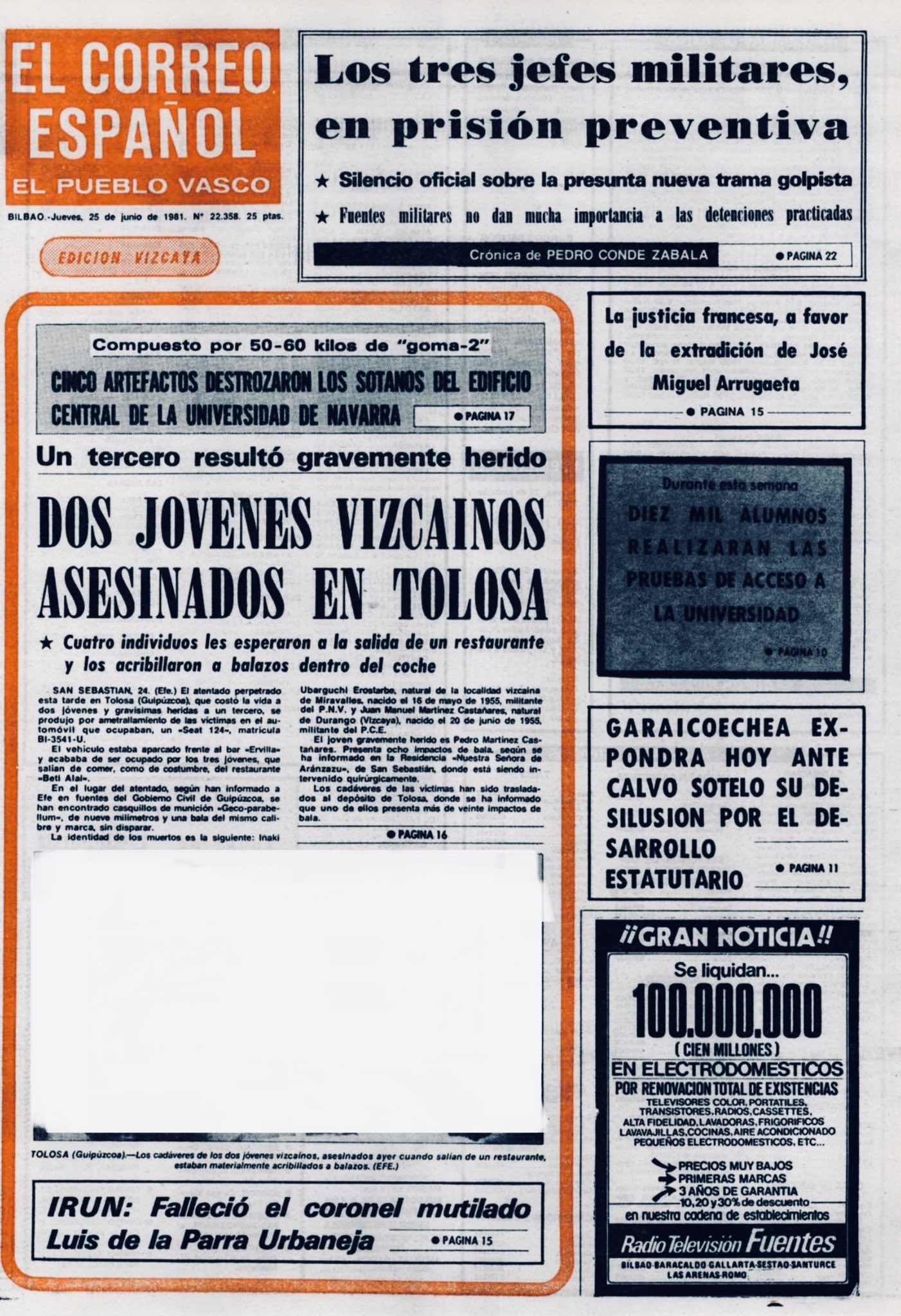 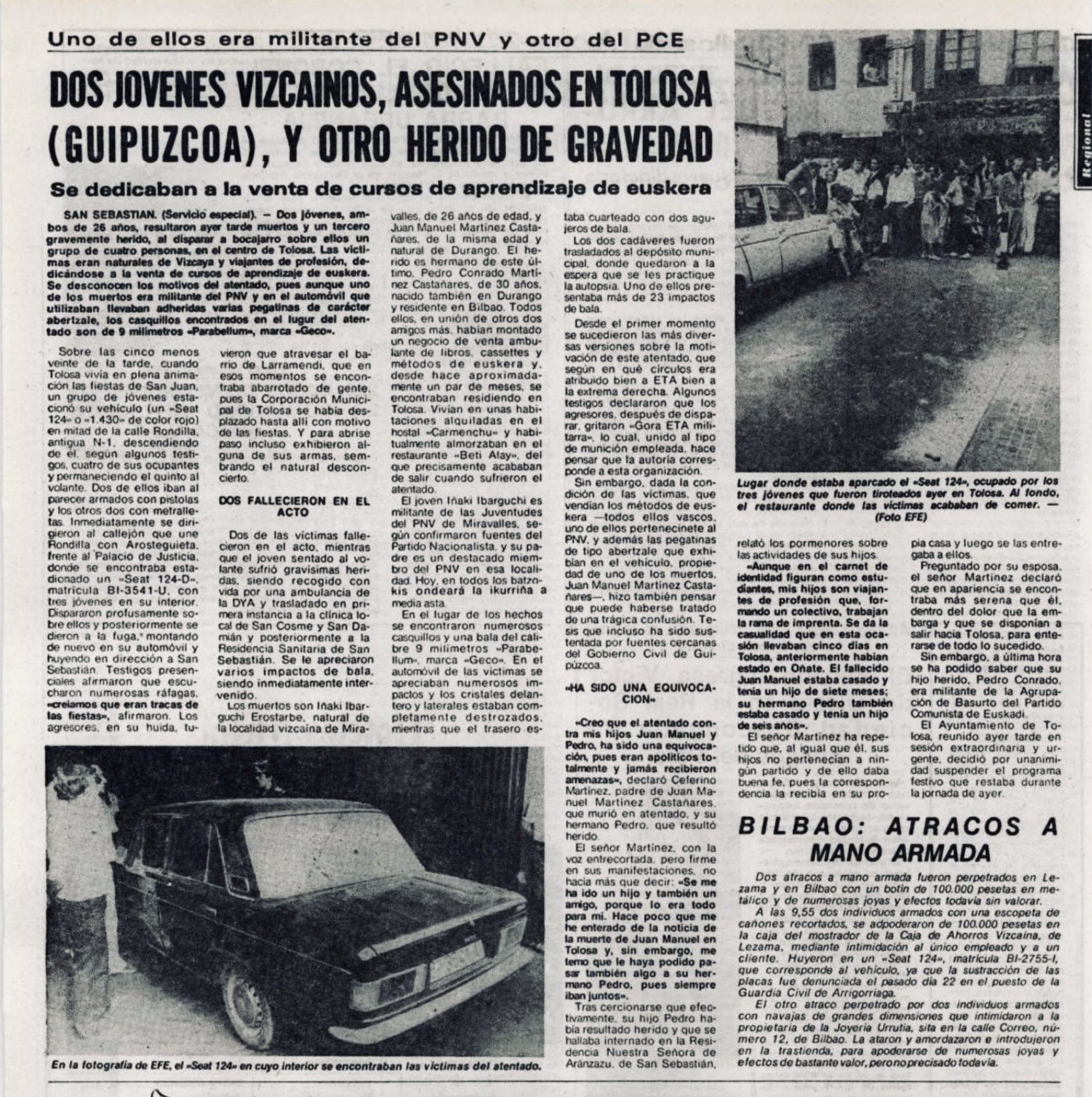 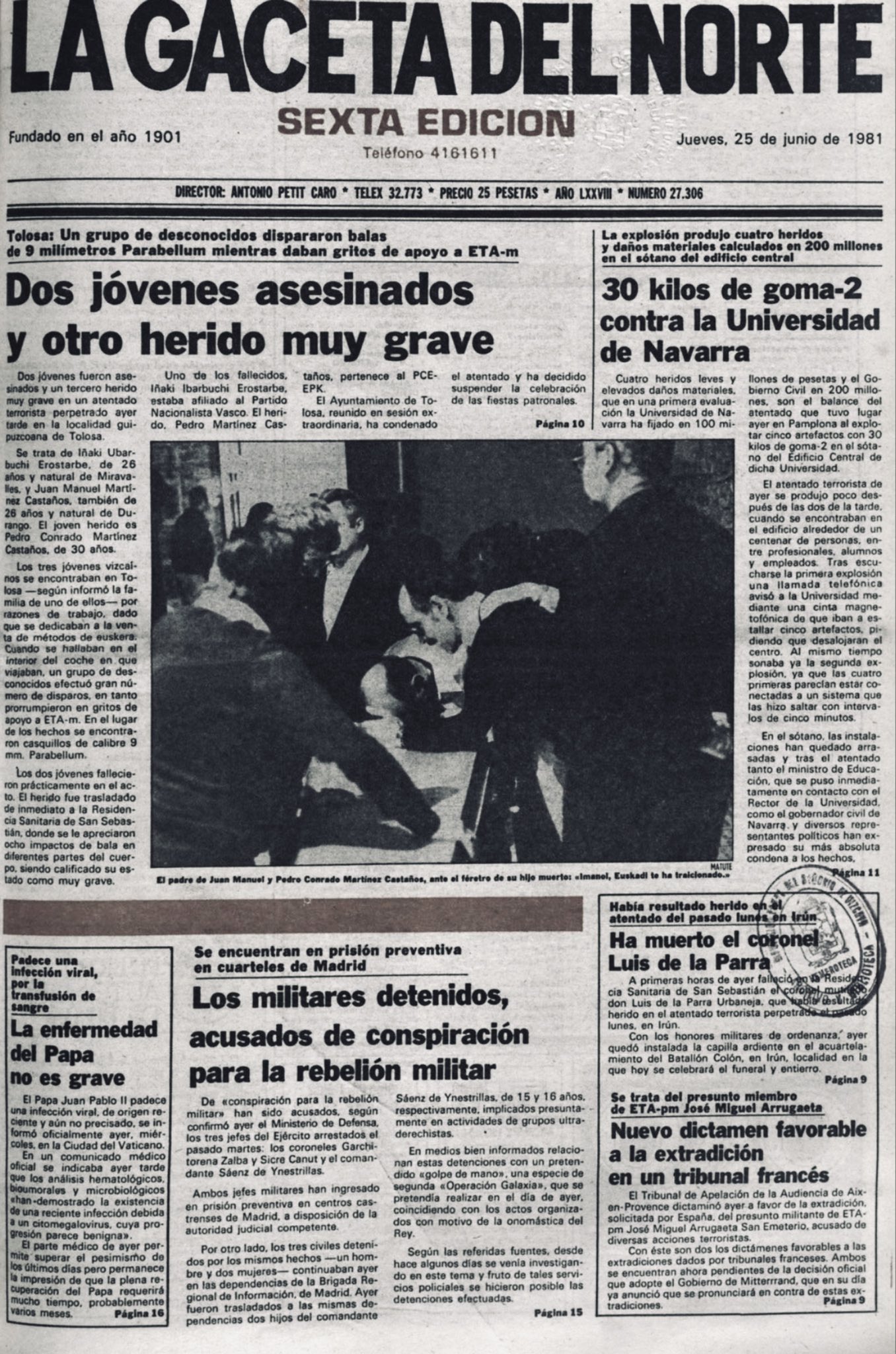