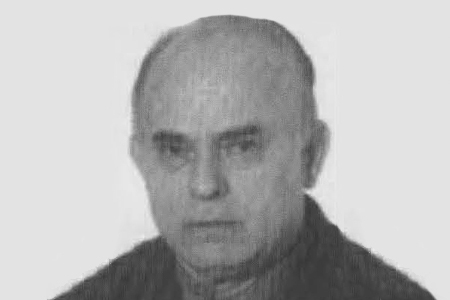 ETA terrorists Juan Carlos Iglesias Chouzas, alias Gadafi, and Javier Martínez Izaguirre had previously staked out officer Pedro Carbonero Fernández’s movements in advance to establish his daily routine. They forced a cab driver to take them to a point close to the town hall of Galdácano. They located Sergeant Carbonero nearby and proceeded to shoot and kill him.

Carbonero was out walking with his girlfriend at the time. One of the terrorists came up behind him and shot him twice in the back. He fell to the ground wounded and “Gadafi” shot him again in the head. The terrorist then got into a stolen taxi, where another ETA member was waiting for him. They subsequently stayed at the home of another ETA member, Tobalina Rodríguez. 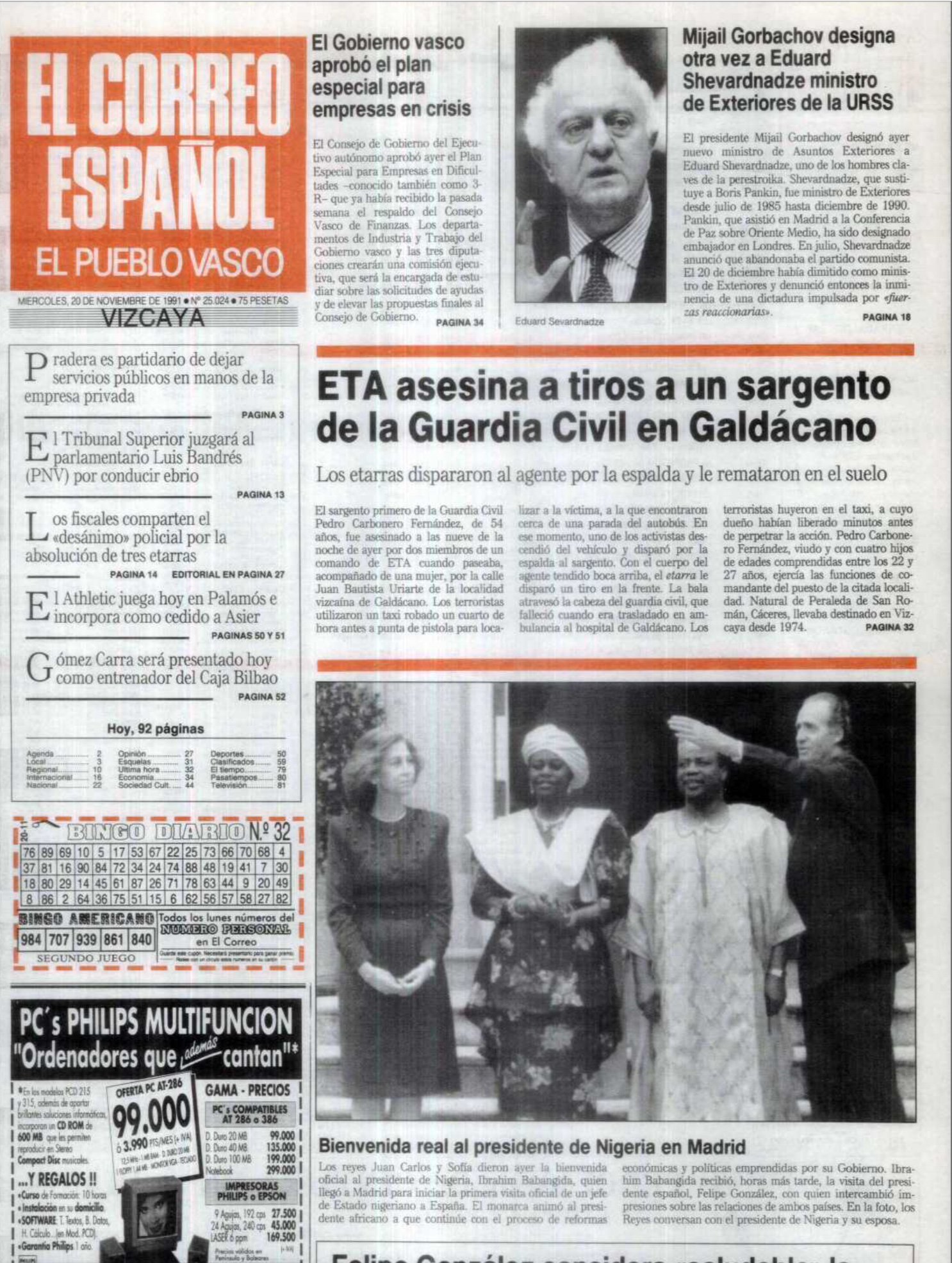 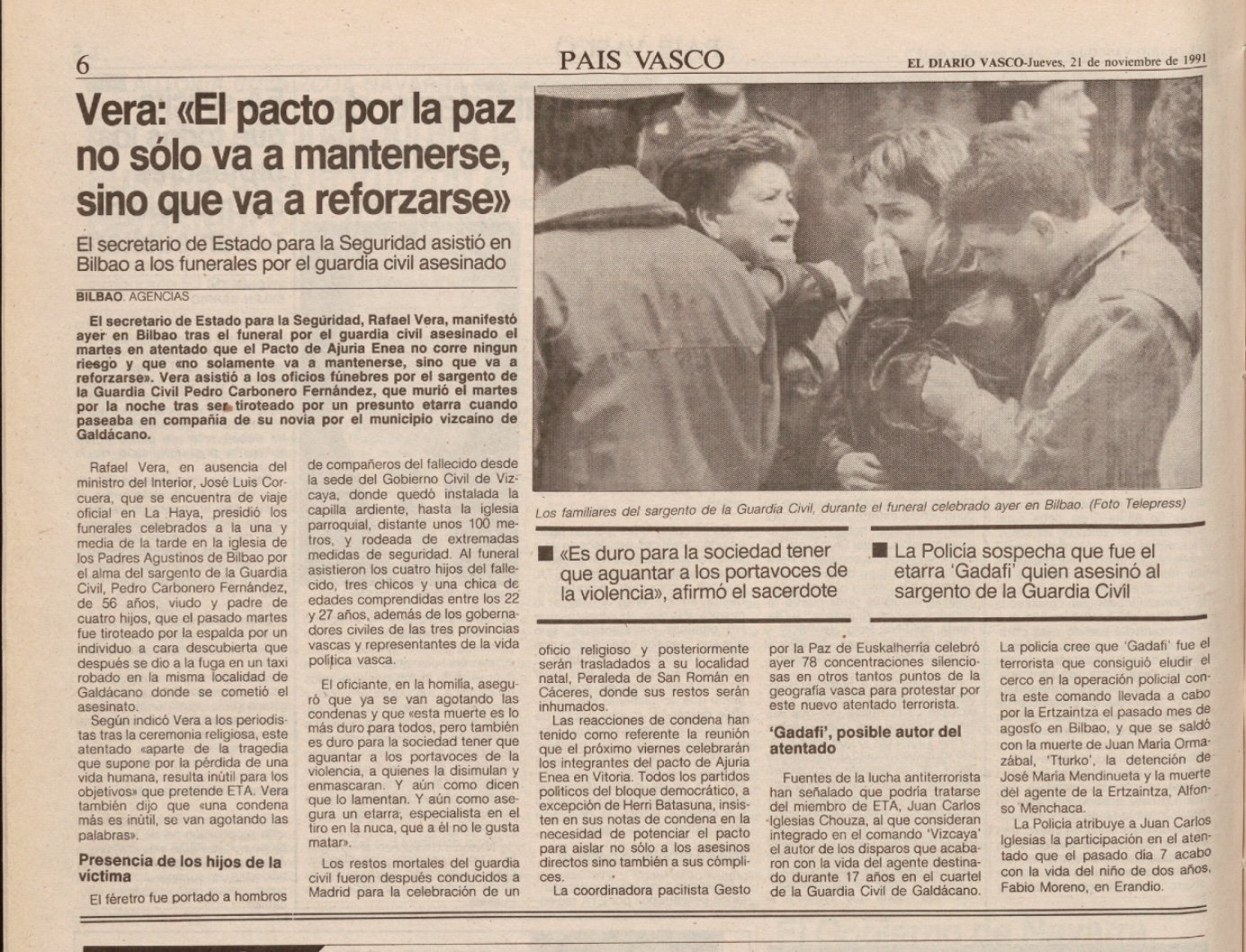 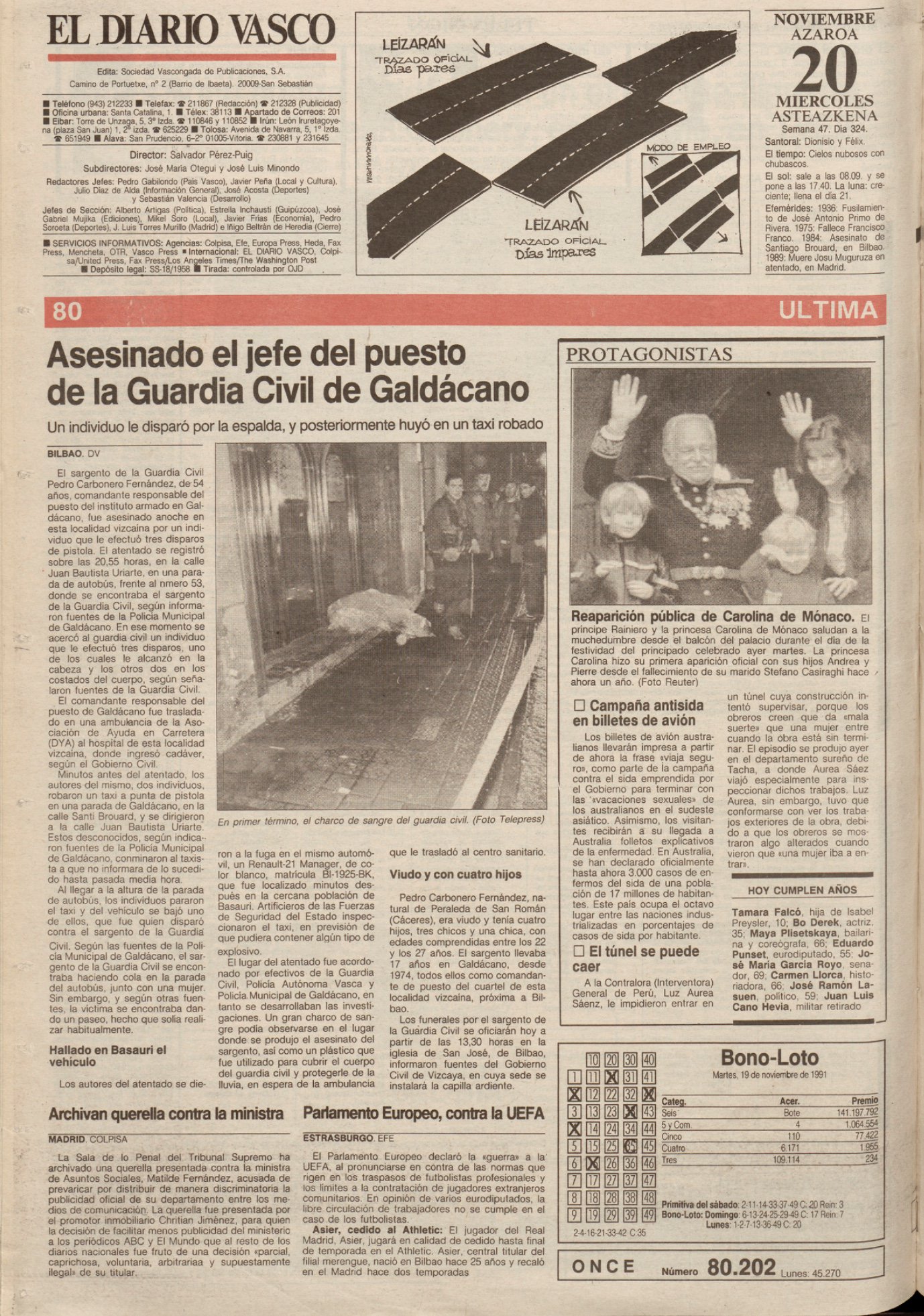 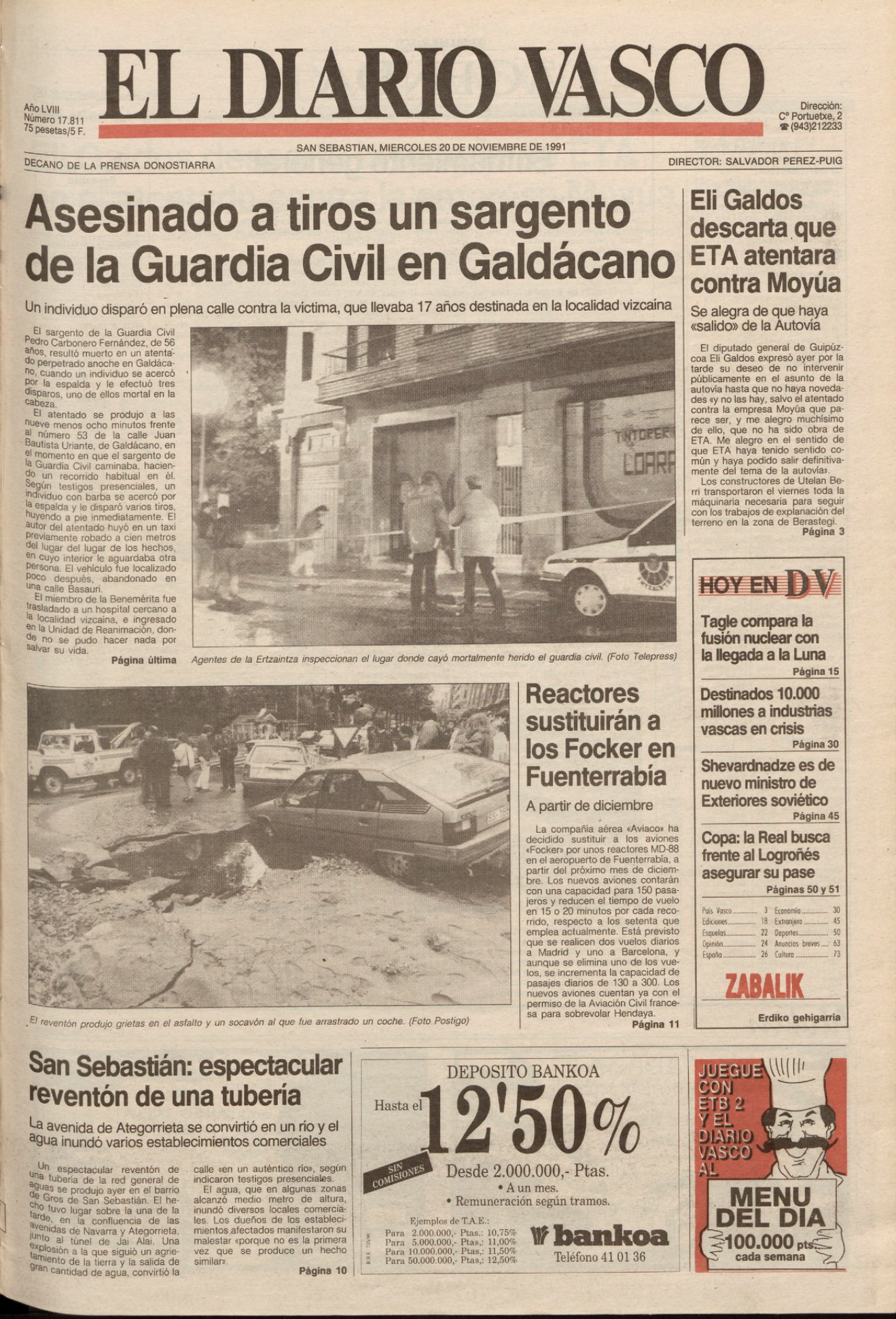