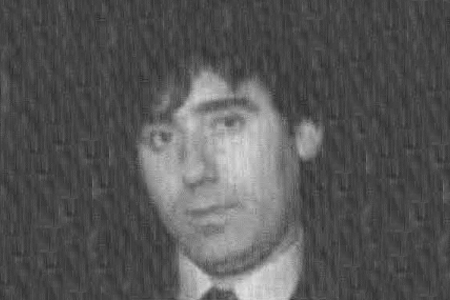 On 4 May 1983, the terrorist group ETA tried to kidnap Lieutenant Julio Segarra Blanco of the National Police, with the intention of exchanging him for prisoners from the group. They stole a car at gunpoint and broke into a garage on Plaza del Carmelo in the Santuchu district of Bilbao. It was there that they ran into the police officer, who came down at around 8 am to pick up his car and go to the Basauri barracks. They bound him hand and foot with wire and gagged him with surgical tape.

Just as they were about to put him in the boot of the vehicle, Pedro Barquero González, a national police corporal, and his wife, María Dolores Ledo García, almost seven months pregnant, walked into the garage. Pedro drew his gun, but the terrorists stepped forward and fired on him and his wife. They then shot Julio, who was bound and gagged, and made their getaway. On their way out, they ran into one of the residents of the block who had heard the shooting. They told him they were police officers. 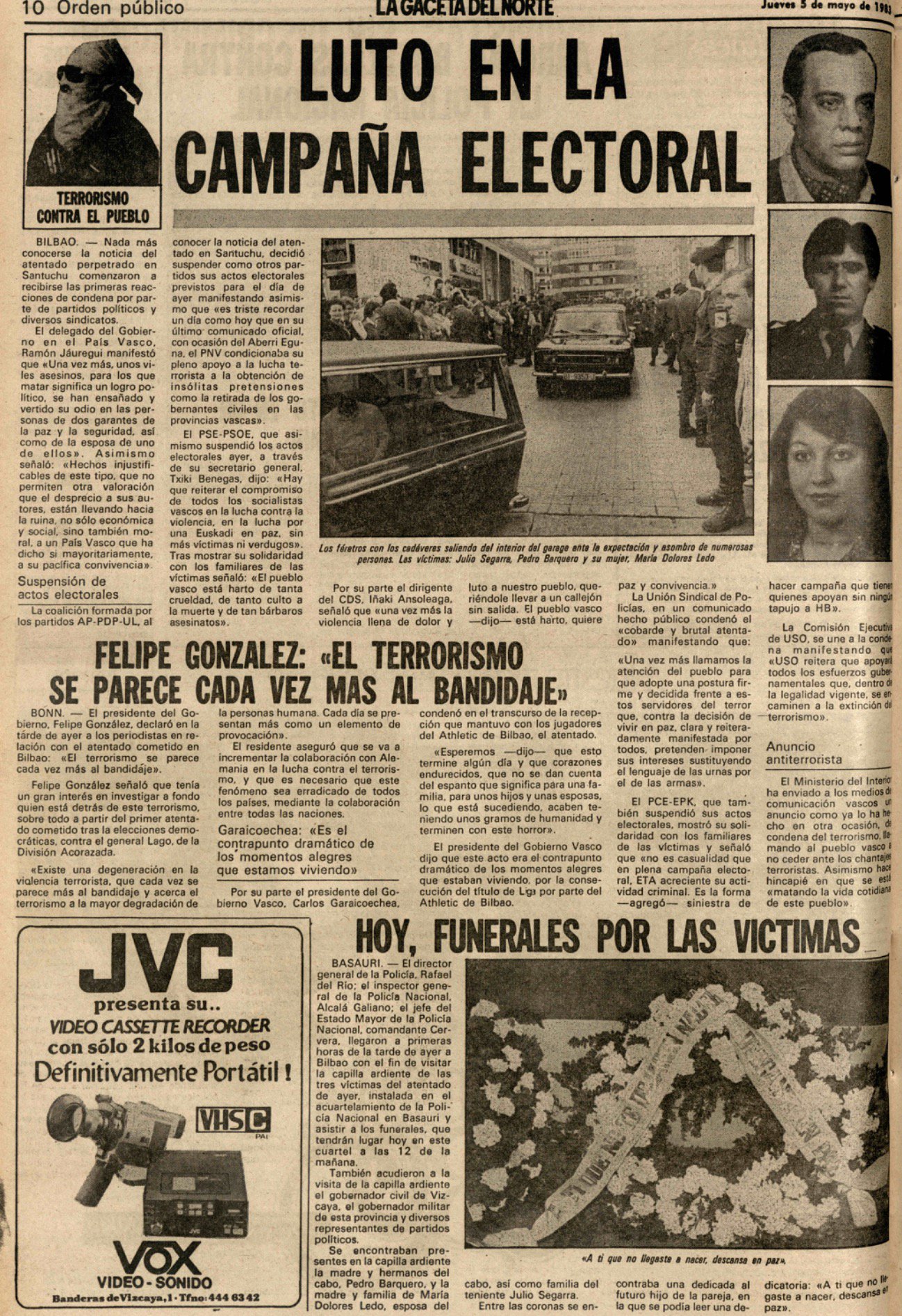 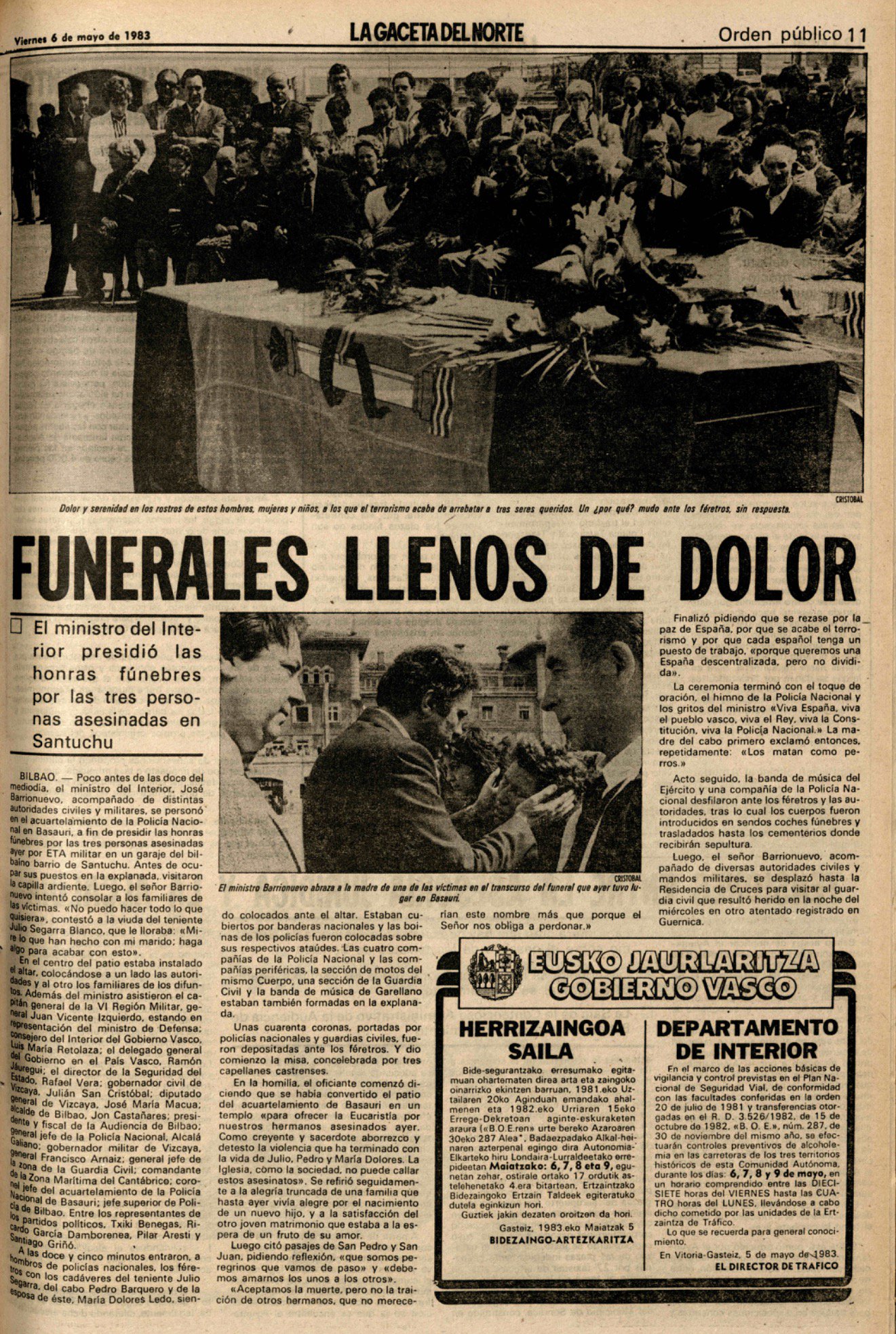 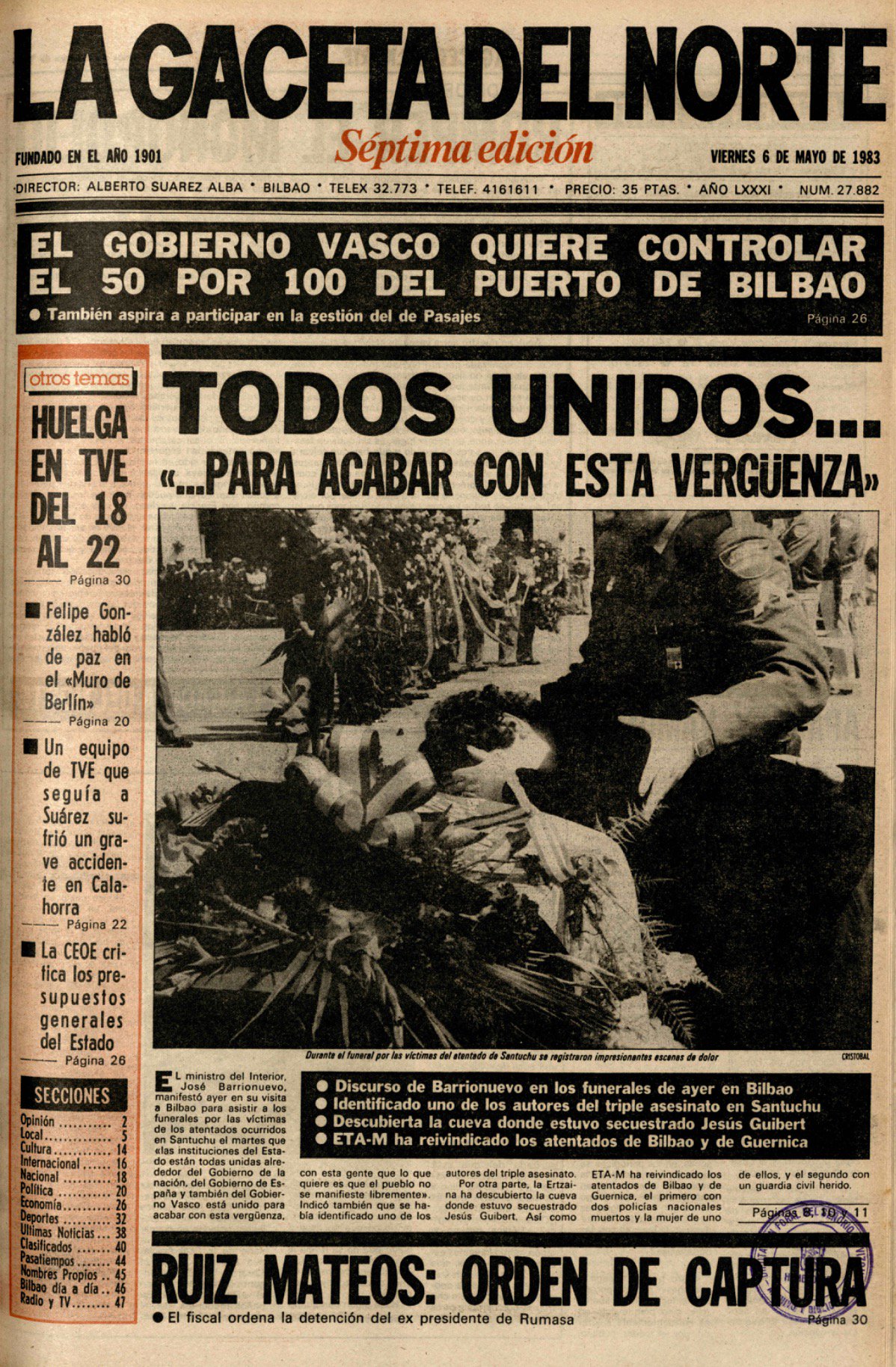 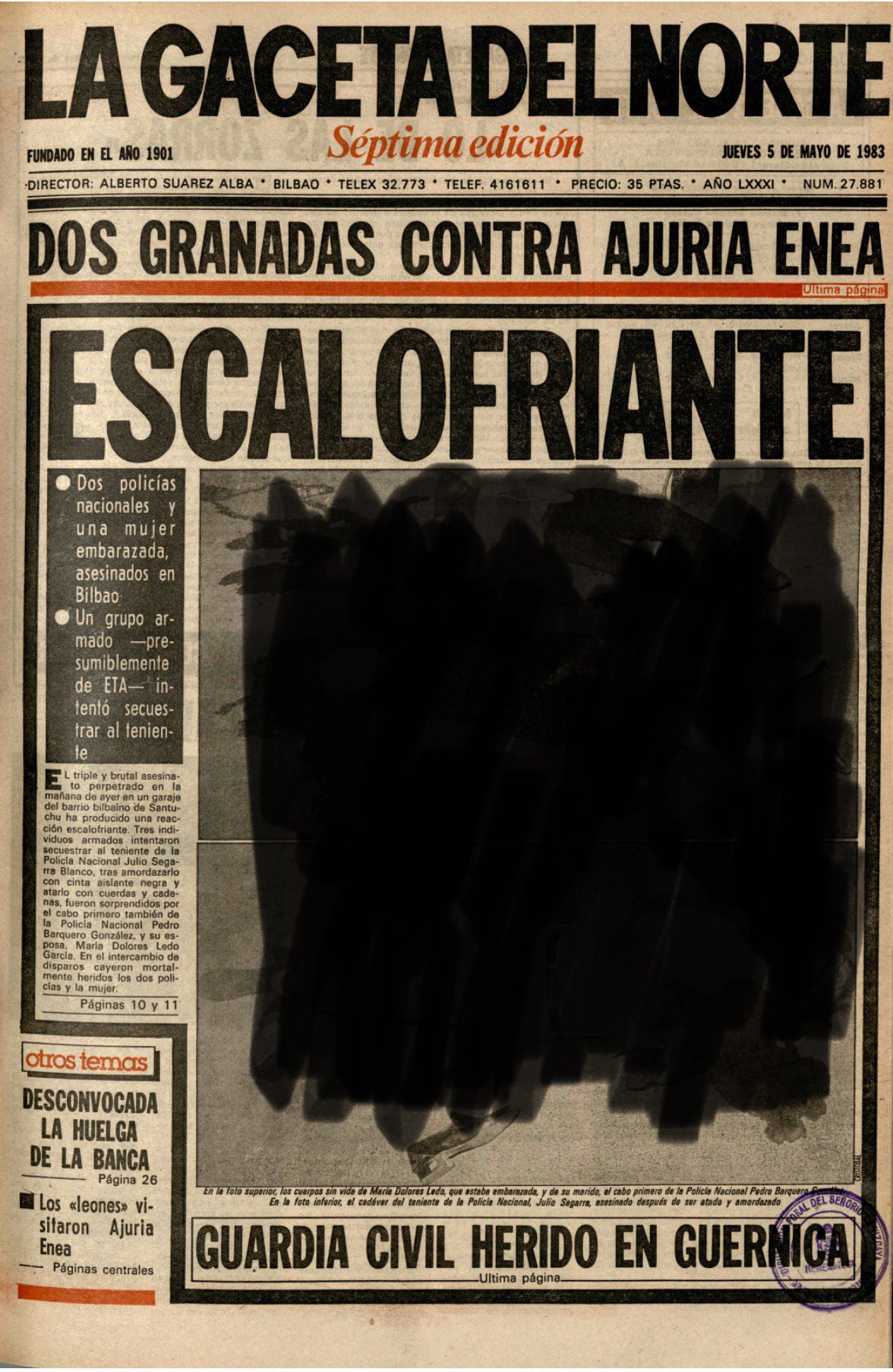