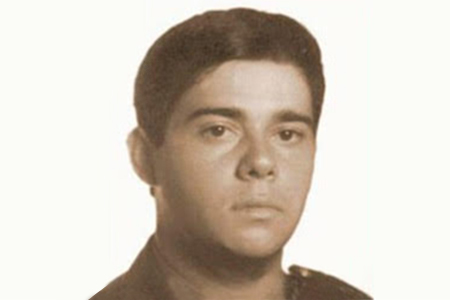 Officer Pedro Ballesteros Rodríguez was driving in his car with his wife, María del Carmen López. They had been celebrating Father’s Day and were on their way home to the barracks in Durango. When the car halted at a Stop sign in Plaza Gurruchaga, two ETA gunmen approached the vehicle and opened fire. The officer was hit eight times and died instantly. His wife was injured in one arm and underwent surgery at the hospital in Galdácano. The ETA members fled on foot through the streets of Durango. 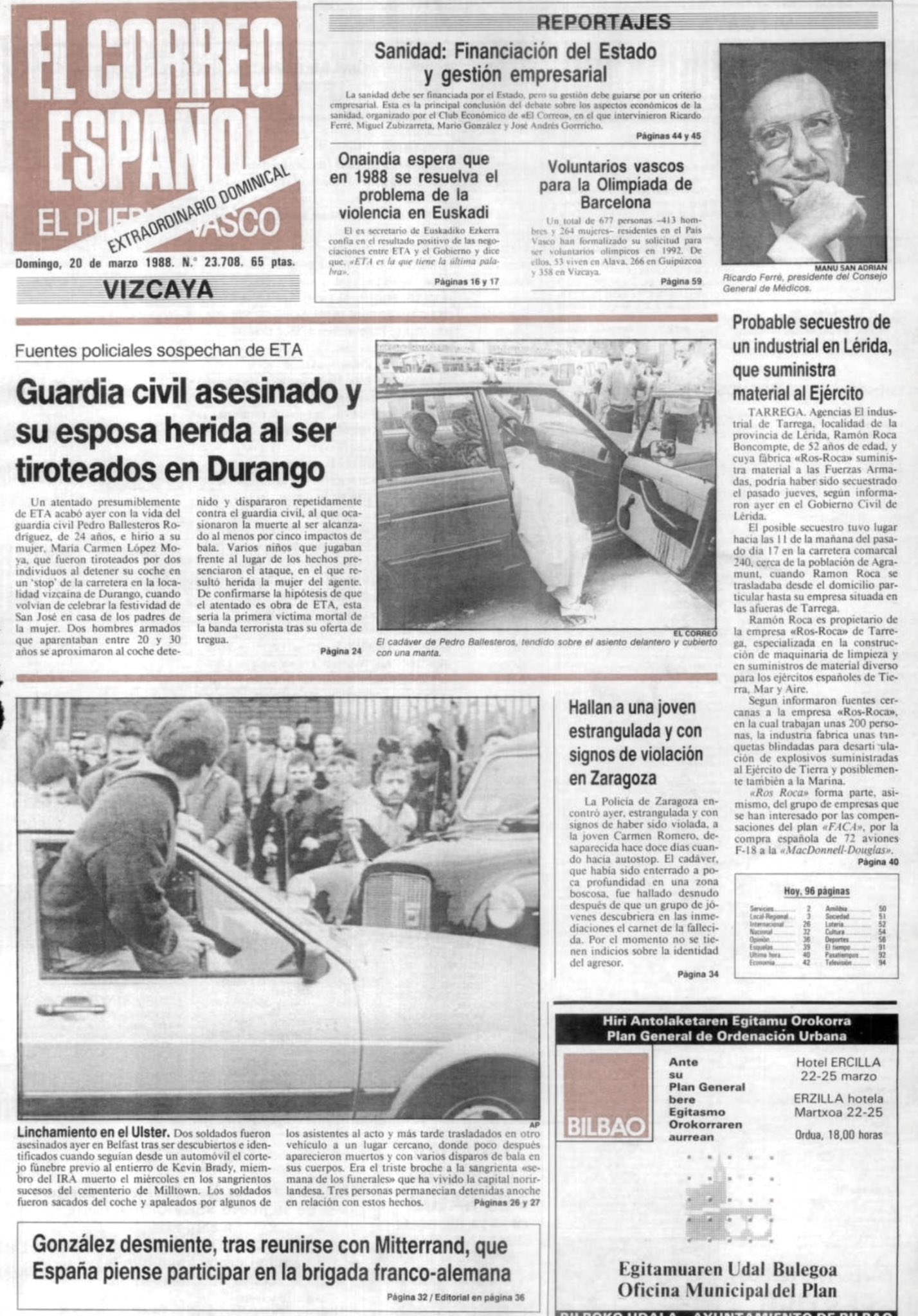 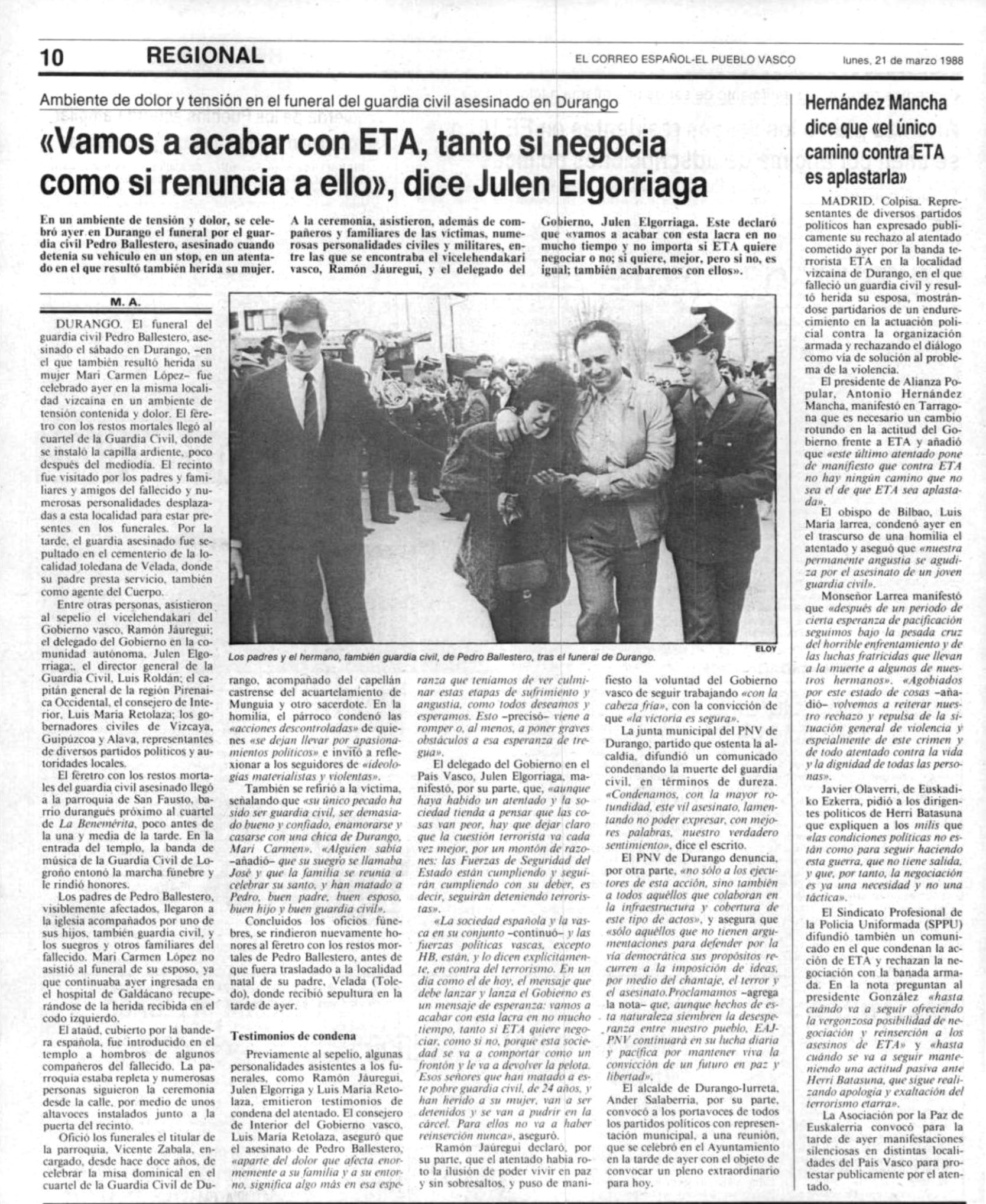 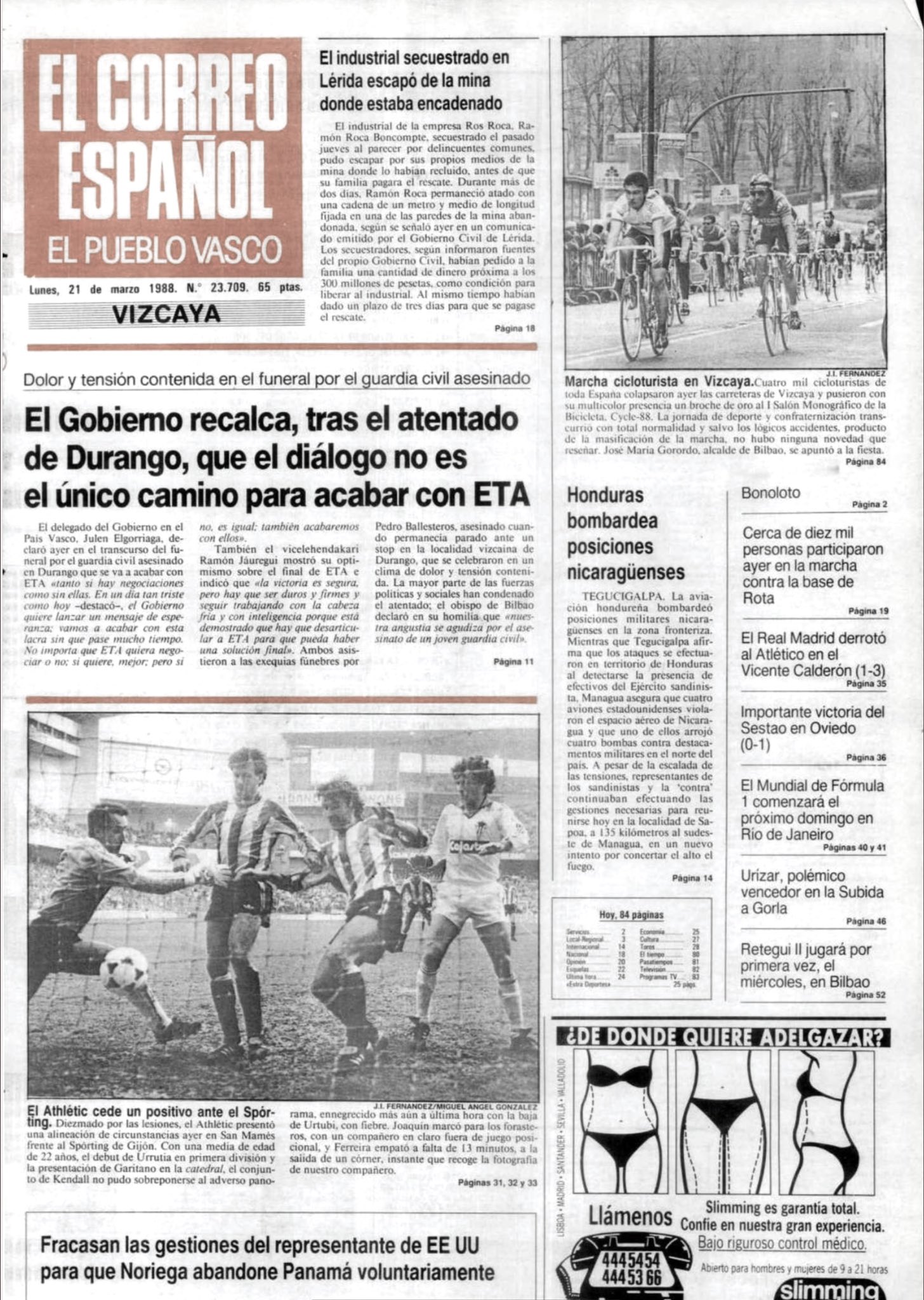 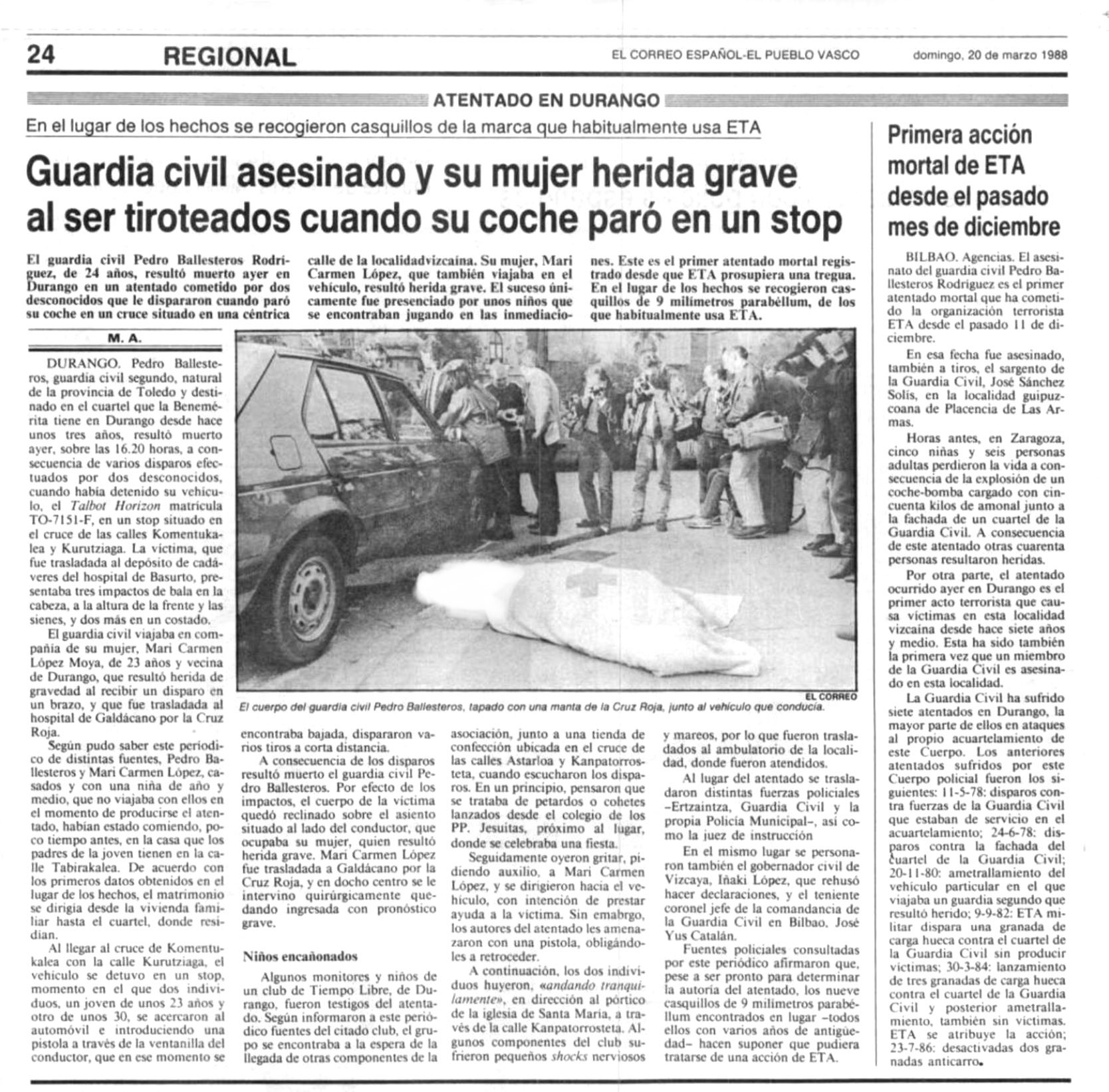