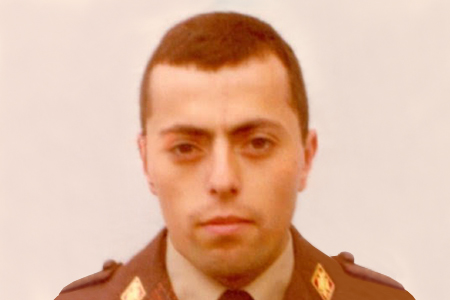 Pedro Antonio Fonte Salido was waiting in an unmarked police car in Izurza for his colleague, Inspector Martín Martines Velasco, when he was shot by a member of ETA.   Martín Martines had gone into a bar to make a phone call and was shot by another two terrorists while doing so The two killings took place only a few seconds apart.

Three months before the attack, the victim had taken part in an identification parade in a court in Bilbao. It is possible that as a result, ETA identified him as a prominent member of the war on terrorism. The incident led to a review of procedures in cases that might reveal the identity of members of the state security forces. 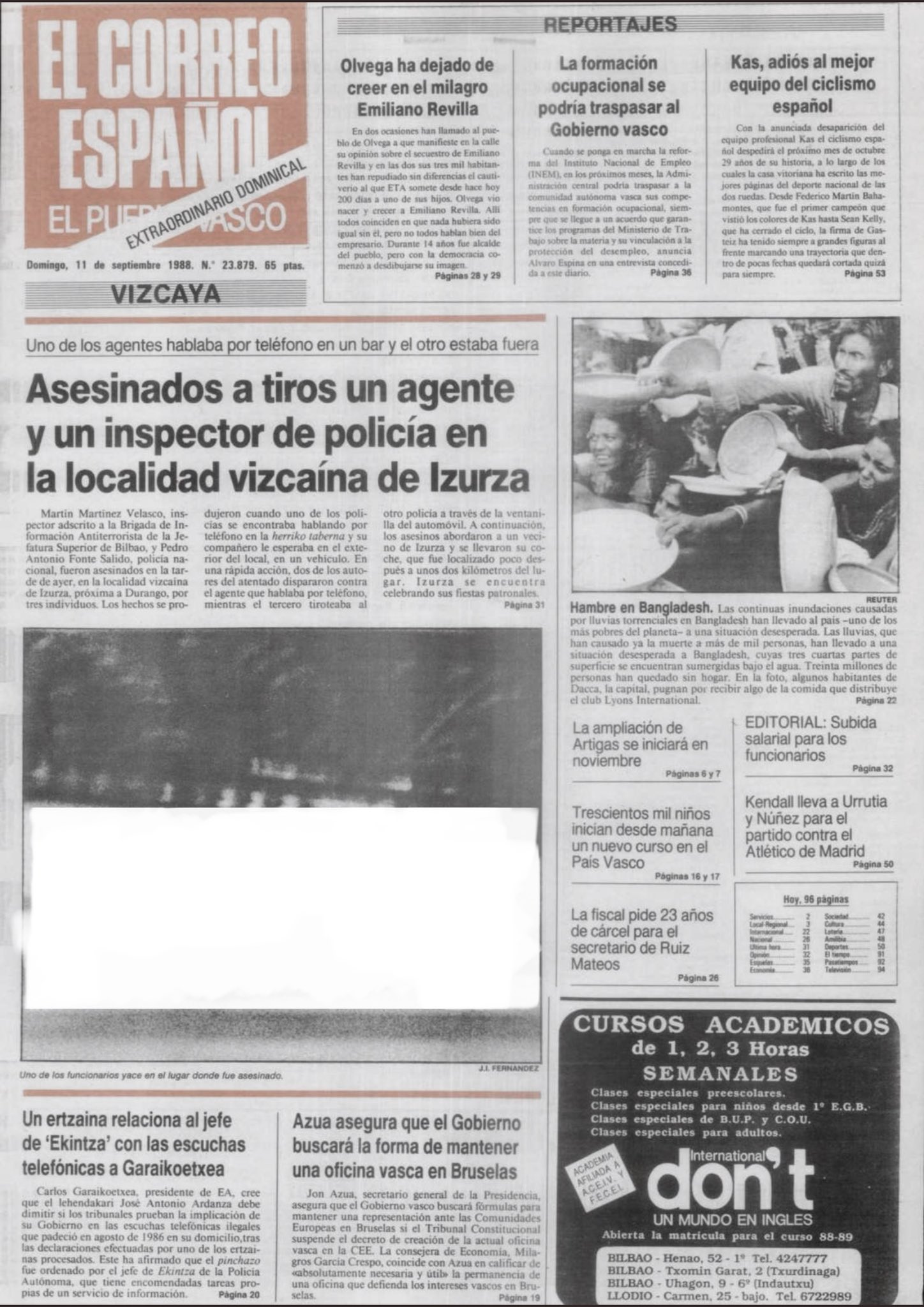 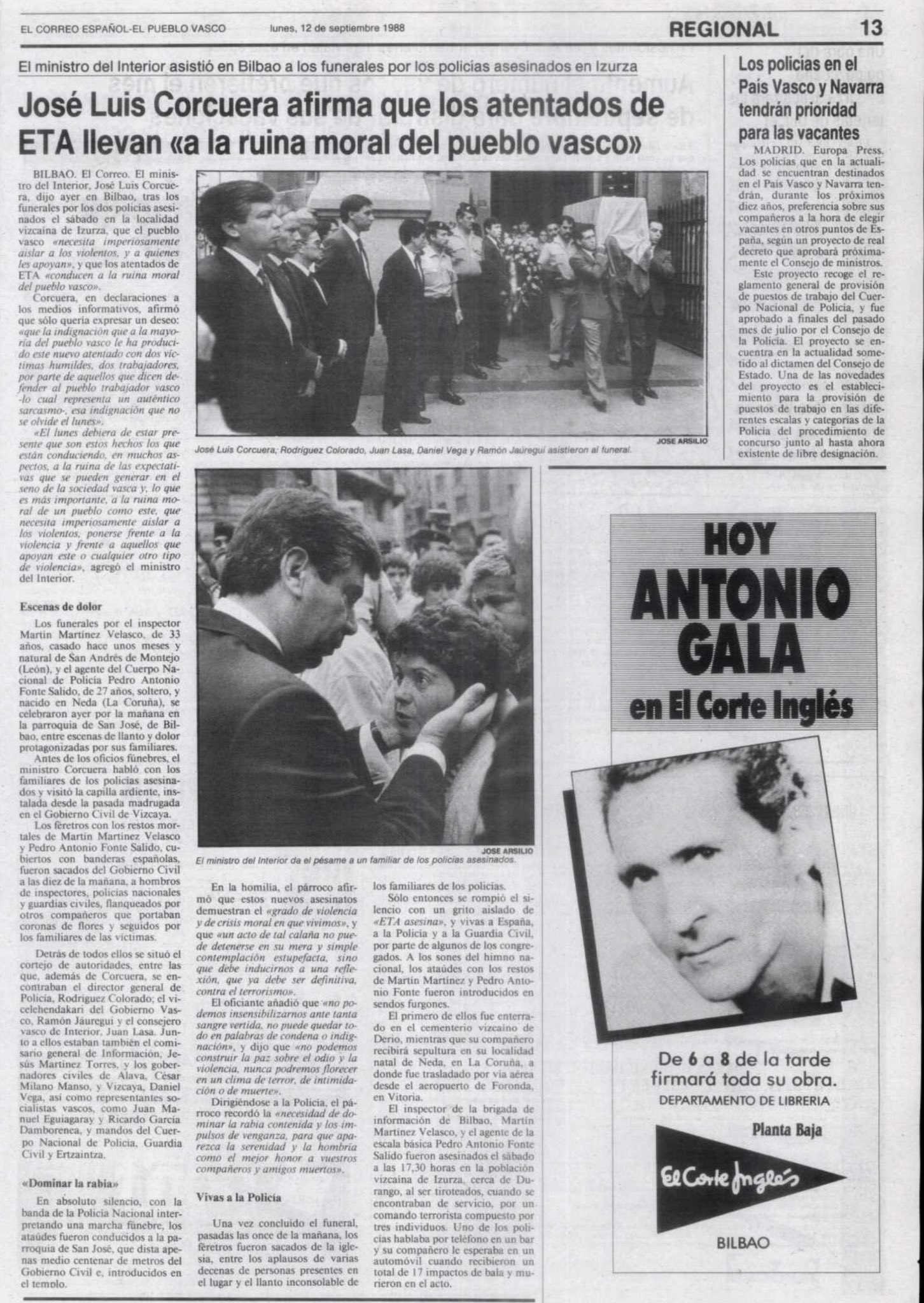 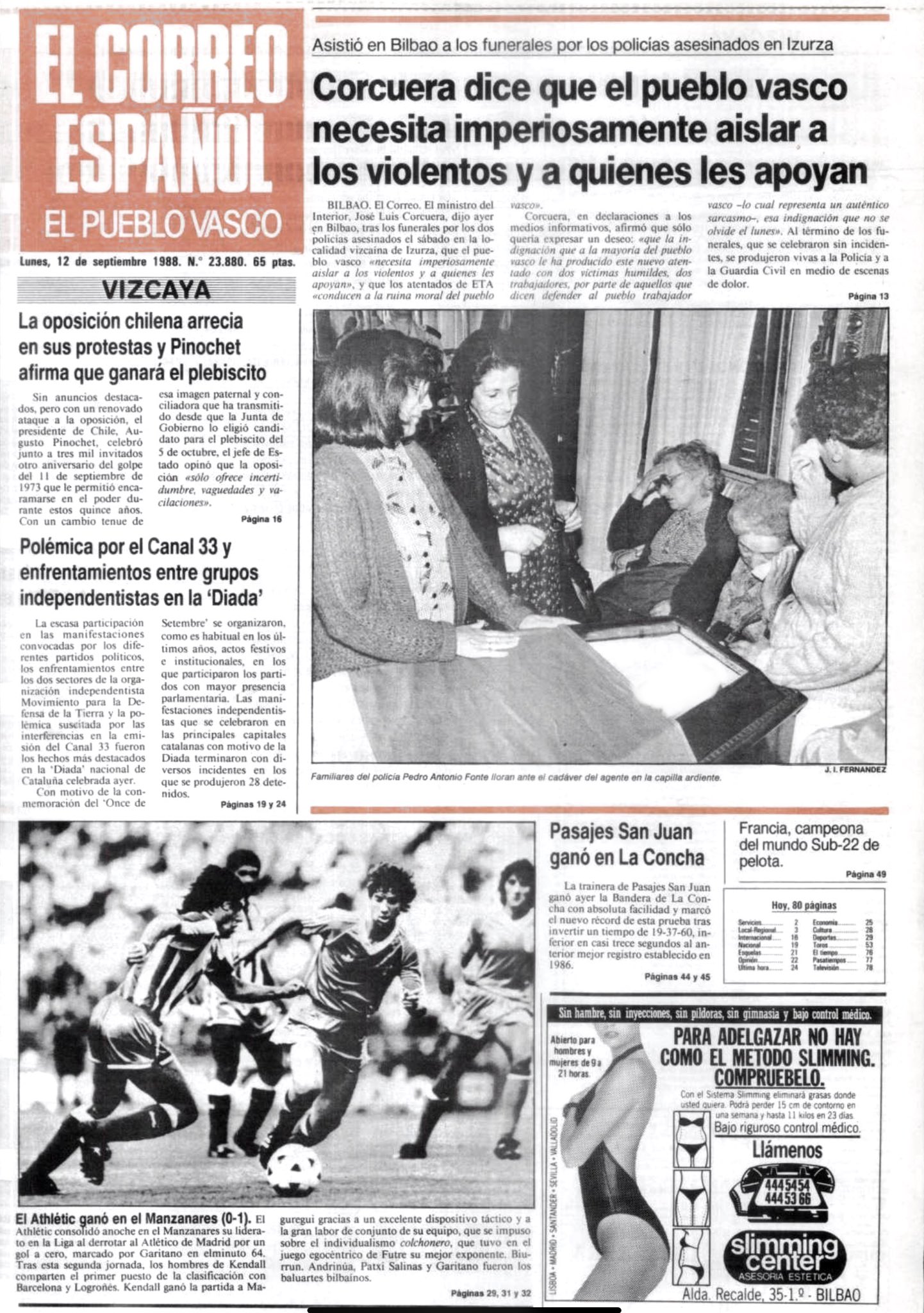 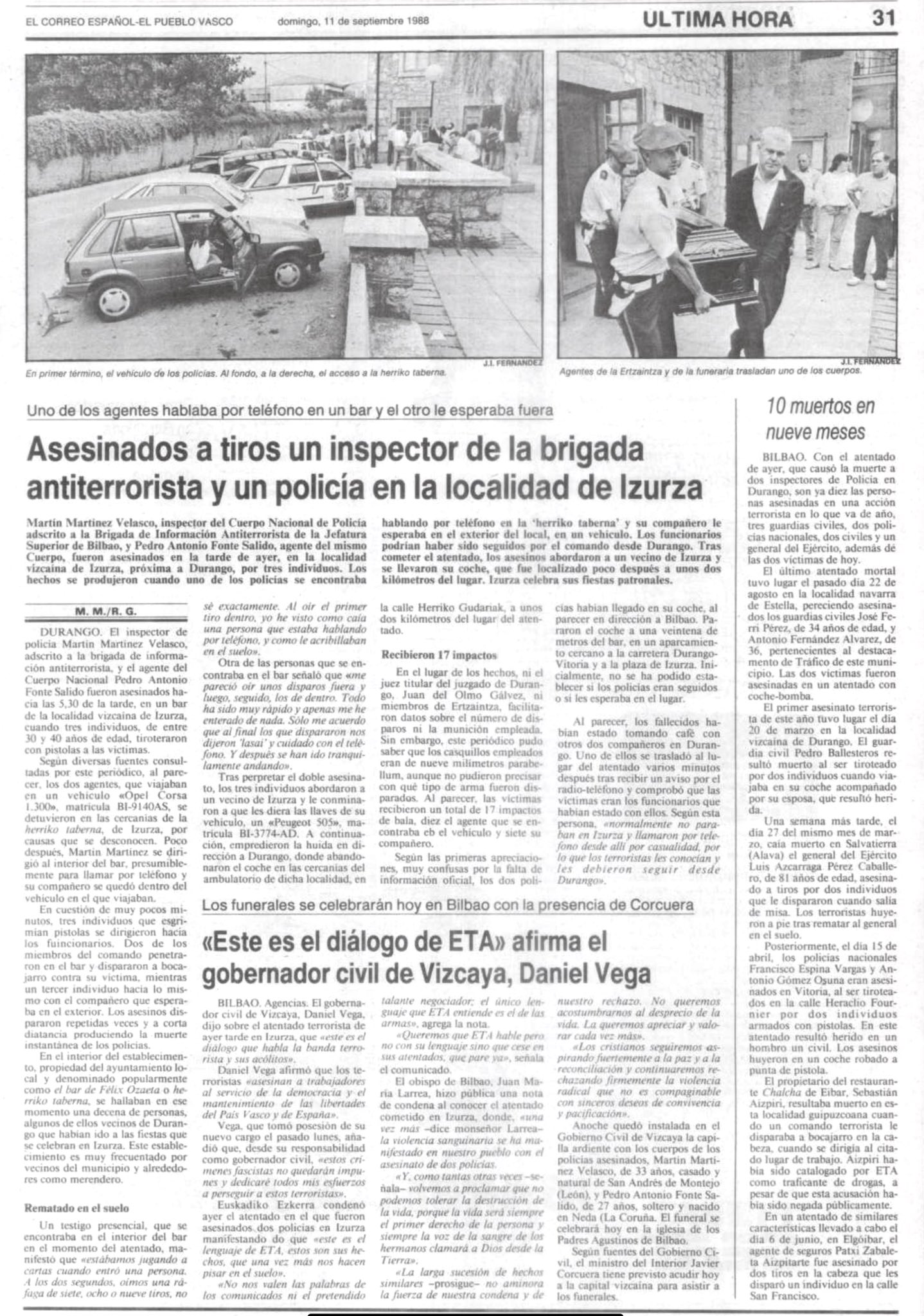