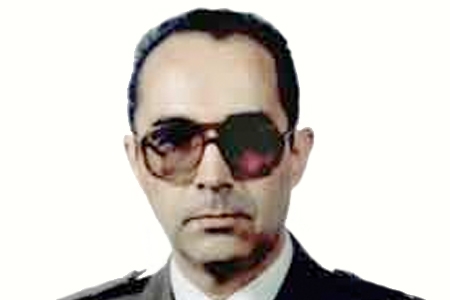 On the morning of 21 January 2000, ETA’s Madrid unit planted a car bomb containing twenty kilos of explosives on Calle Pizarra, on the corner of Paseo Virgen del Puerto, an area in which a large number of army personnel lived. Shortly after 8:00 am, Lieutenant Colonel Pedro Antonio Blanco went to the place where he was picked up every day by an unmarked official vehicle to go to the General Directorate of Economic Affairs at Army HQ. As the officer was approaching the car, the terrorists set off the car bomb. The explosion killed the lieutenant colonel and caused minor injuries to a thirteen-year-old girl. Pedro Antonio Blanco was married and had two children, aged 16 and 11. His killing was the first following ETA’s announcement that it was ending the truce it had declared in September 1998. 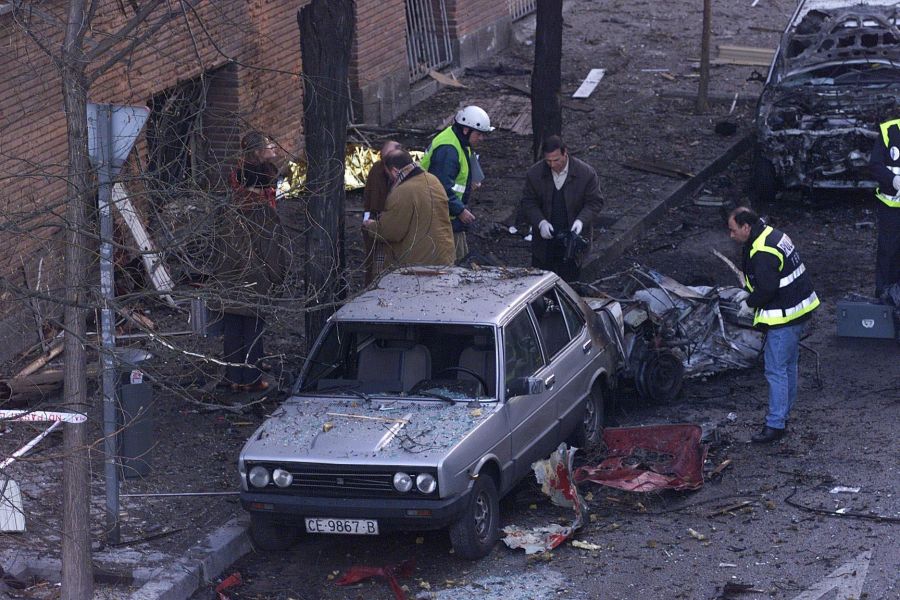 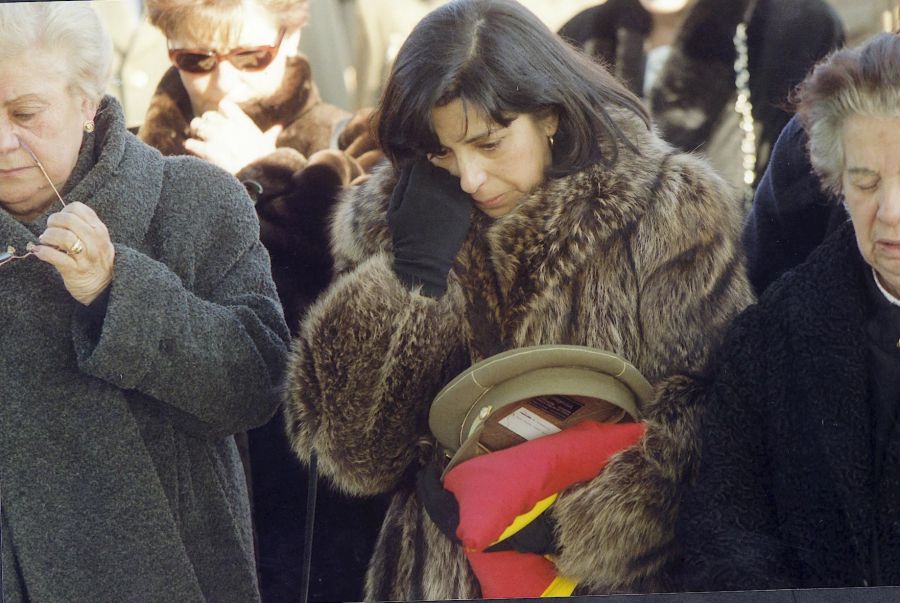 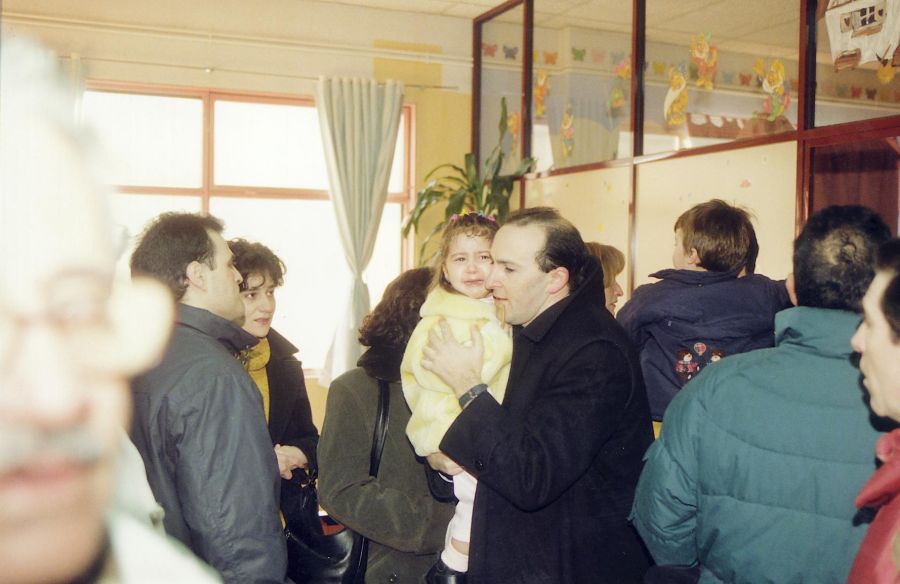 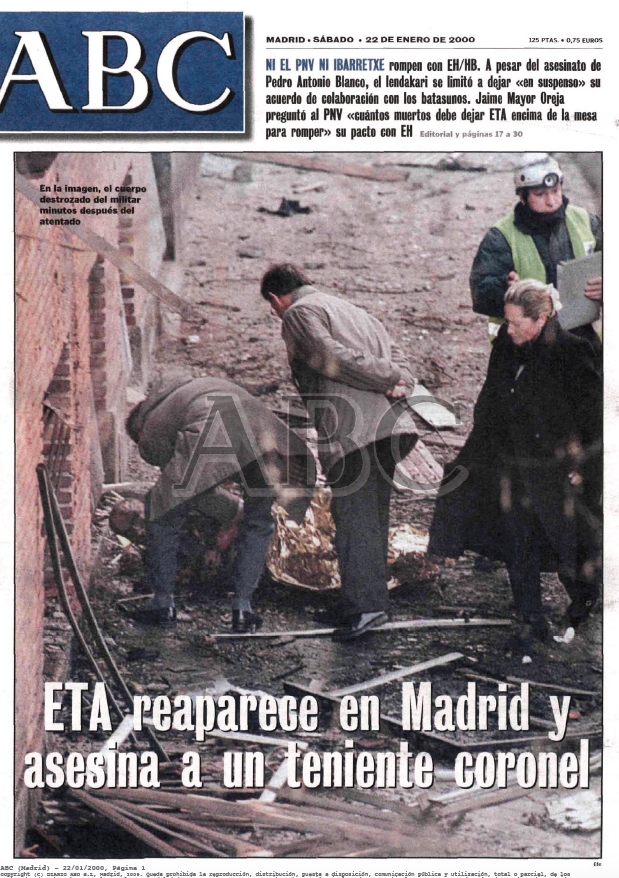