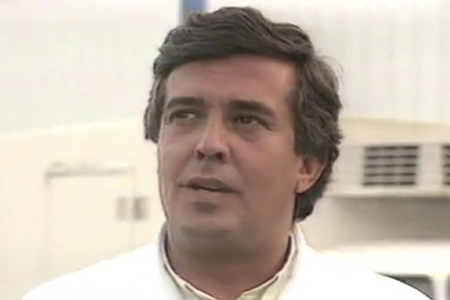 Francisco Arratibel Fuentes was out walking with his 12-year-old son Borja and his brother-in-law Jesús María Alkain during the Tolosa carnival celebrations. As was his custom every year, he had a drink with some friends from the Kabila troupe, which he had led for 20 years, at the Beti Alai bar, in the old quarter of the town.

Shortly before noon, two people disguised in black djellabas, wigs and Arab headgear approached from behind and shot Arratibel in the head at point-blank range.

Francisco was taken by the DYA roadside assistance service to Nuestra Señora de la Asunción Hospital in Tolosa, but doctors were unable to save his life. The newspapers reported on the scenes of grief among his family and friends, their clothes still covered in blood.

In 1978 the victim had been injured in the leg while struggling with an ETA member who was trying to kidnap his father from the family’s meat factory for refusing to pay protection money to the terrorists. Arratibel had received a number of threats from ETA since 1988, when he had acted as a mediator in the payment of the ransom demanded by the terrorist organisation in exchange for the release of businessman Emiliano Revilla. A few months before he was killed, ETA had placed a bomb at the door of his company, which had been defused by the Basque police. 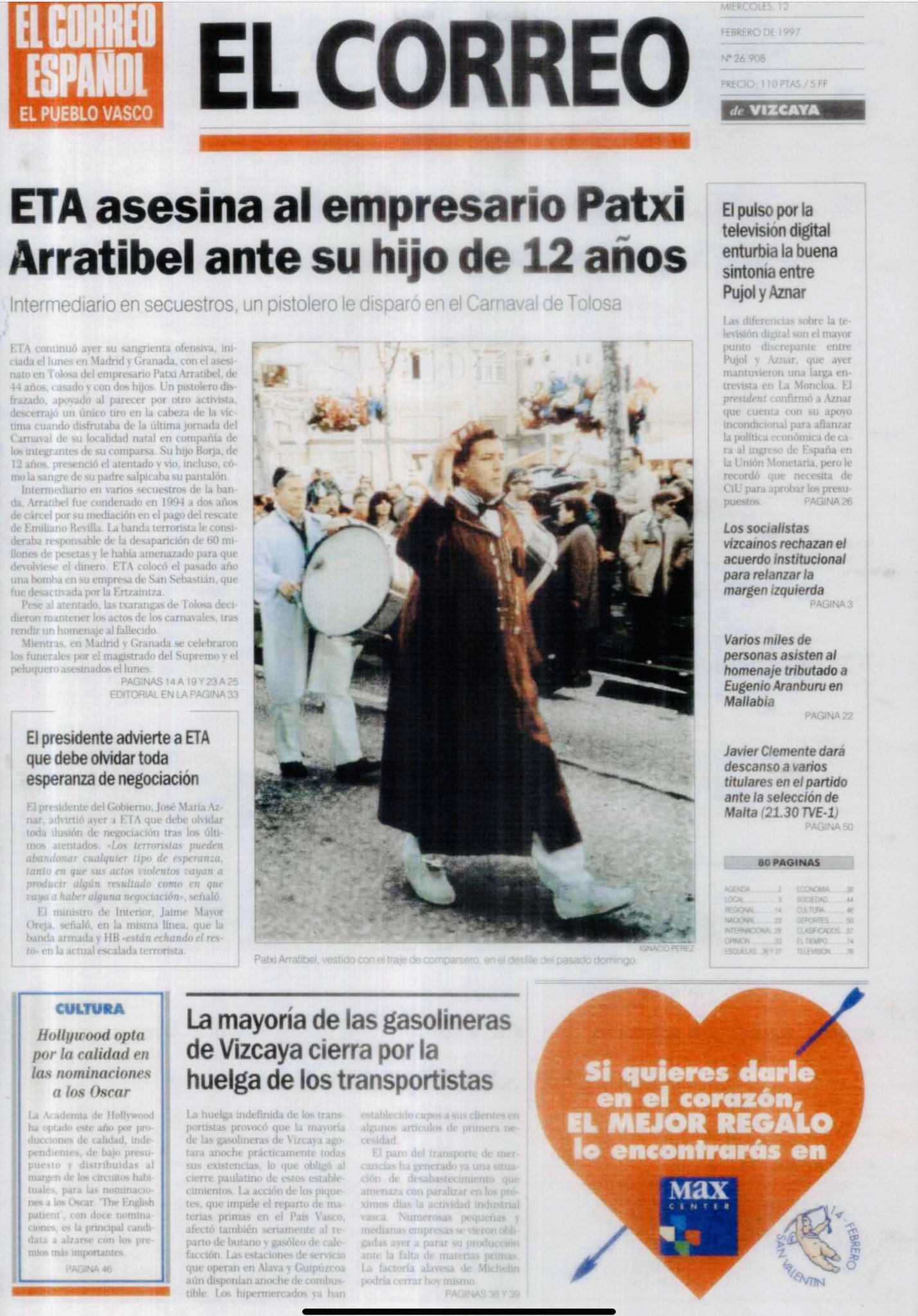 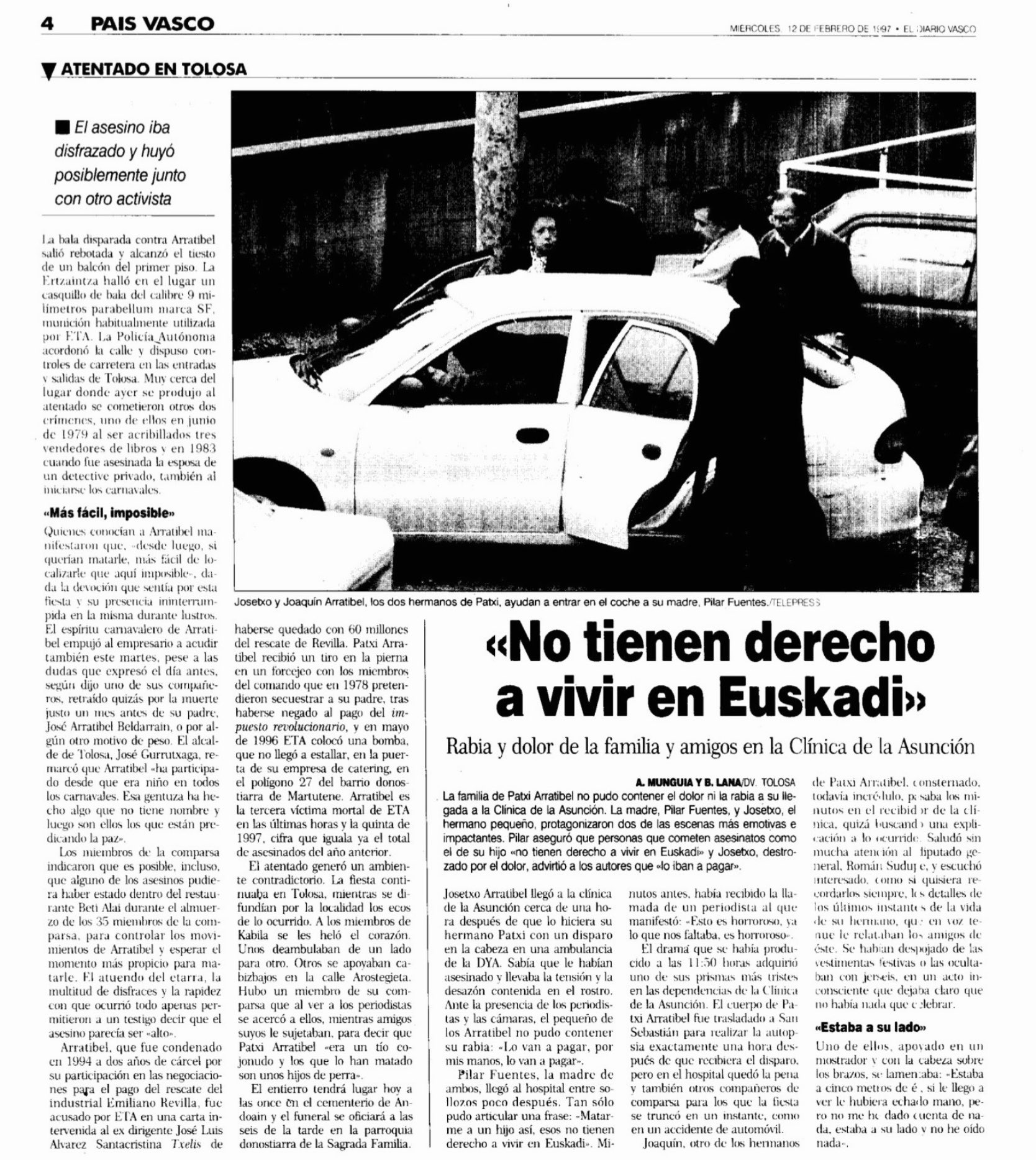 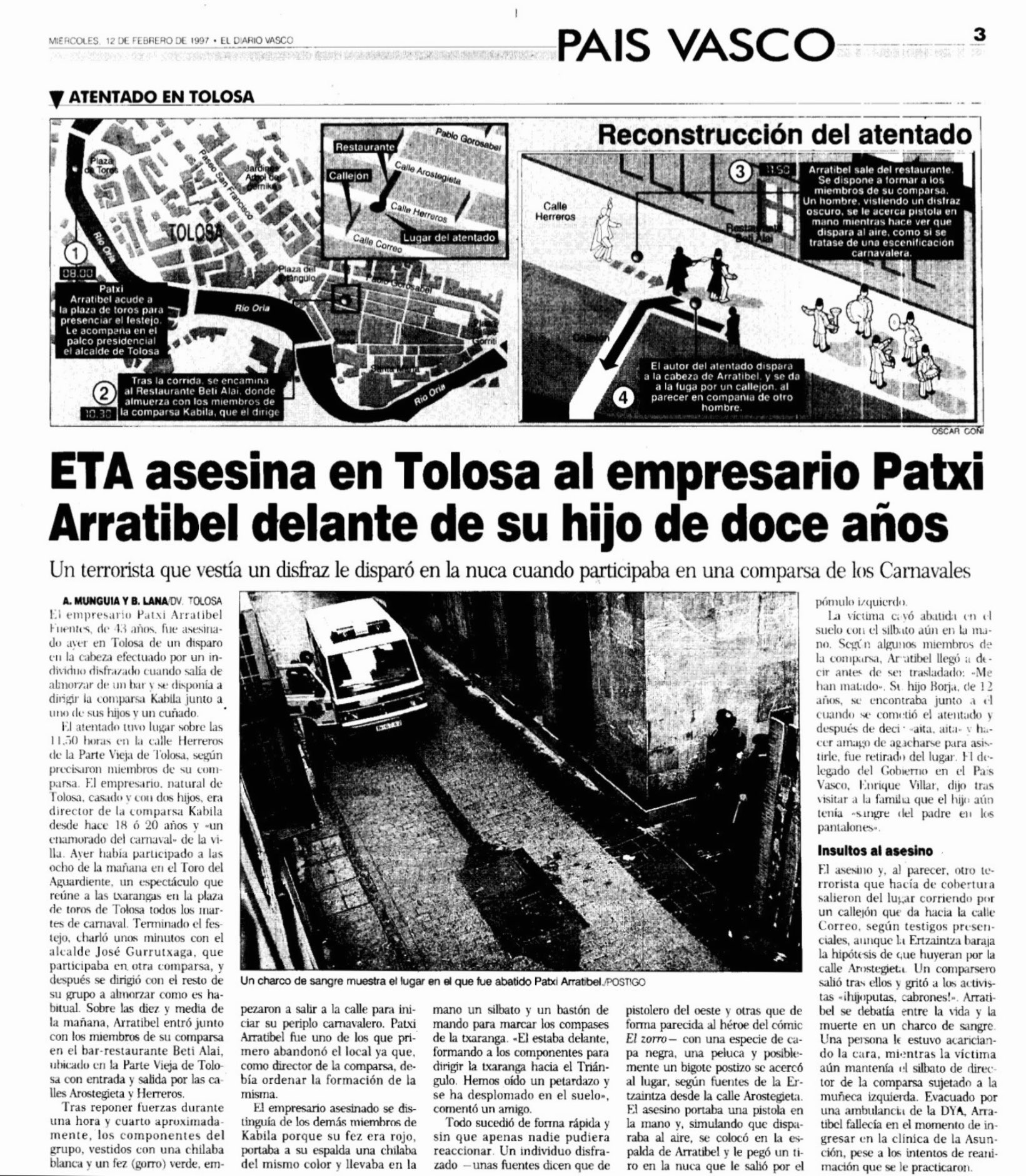 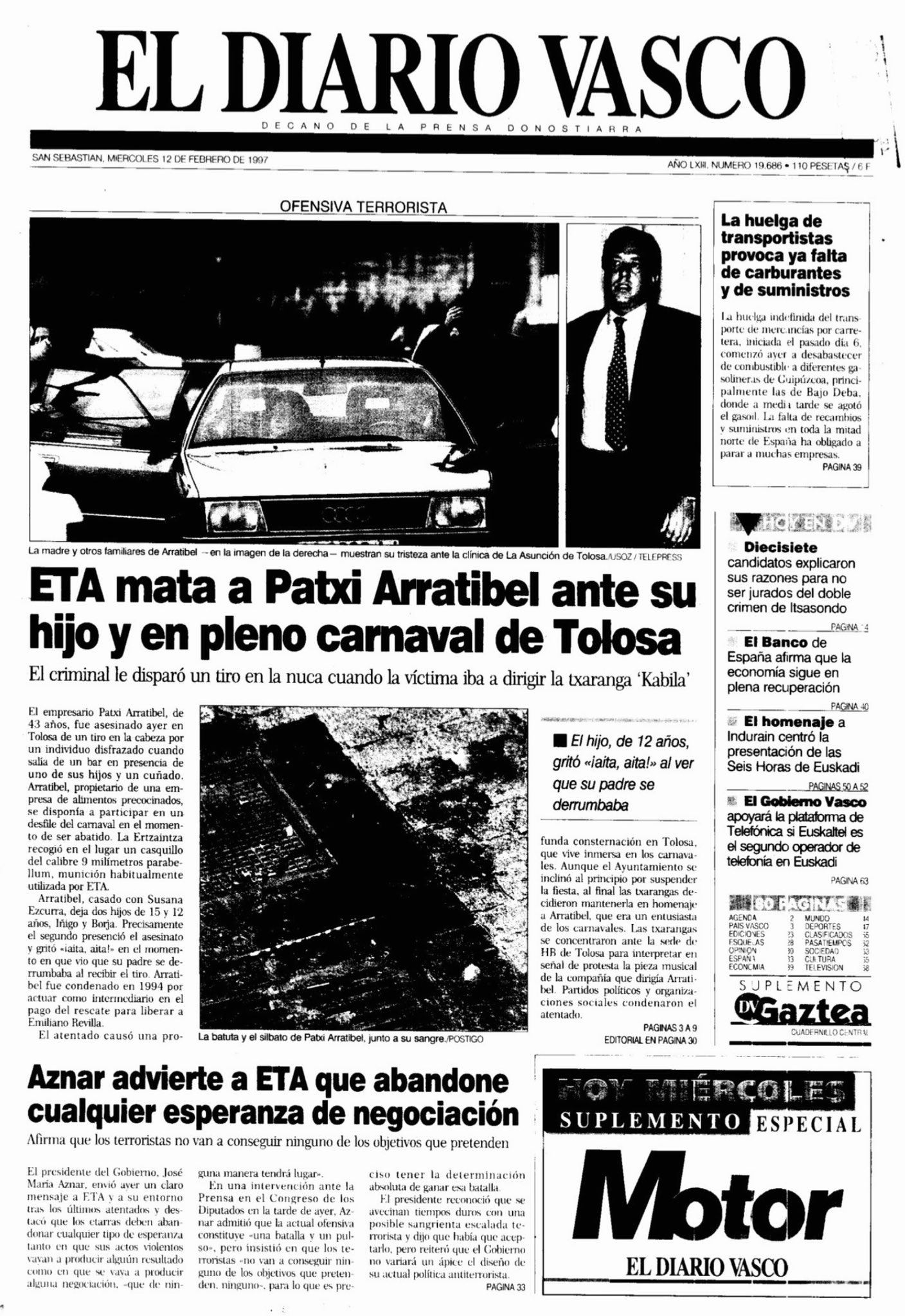