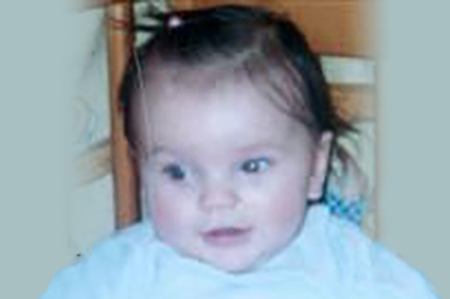 Seven-month-old Patricia Rzaca travelled every morning with her parents from the Vallecas district to Atocha station. The couple, of Polish origin, used to leave her with her aunt while they went to work. They had just bought a house in Poland and planned to return in a few months. The girl and her father, Wieslaw, were killed in the explosions at El Pozo station. Patricia was the youngest person to be killed in the Madrid bombings.