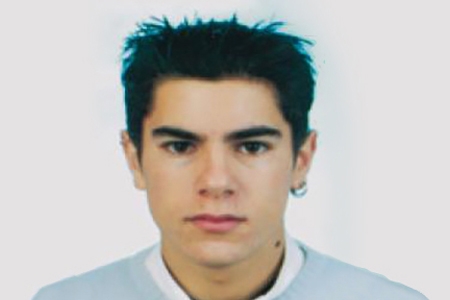 Pascual Iris Toribio was 20 years old and had two great passions in life: disco music and video games. He loved DJing and, although he was working as a mobile phone salesman, his dream was to become a professional DJ. On the morning of 11 March 2004, he was on his way to Recoletos from Vallecas, where he had arranged to meet his friend,, Marcos, to take the train together. When they met, his friend had just lit a cigarette but Pascual decided to go on ahead and wait for him at Atocha station. Marcos heard the explosions and knew he would probably never see his friend again.