On 10 July 1981, after an attack on retired civil guard Joaquín Gorjón González at the train station in Basauri, the ETA terrorists who had assassinated him were spotted by police, who gave chase and followed them to the old quarter of Bilbao.

During the pursuit, the ETA members used two people as human shields in an exchange of fire with the Civil Guard. Aurora Múgica Múgica received only minor injuries but Ovidio Ferreira Martín was shot twice, once in the right leg and once in the face, and died four days after the attack.

He was still conscious on admission to hospital and even gave medical personnel the name of the factory where his father worked (Echeverría). However, the doctors were unable to save his life. 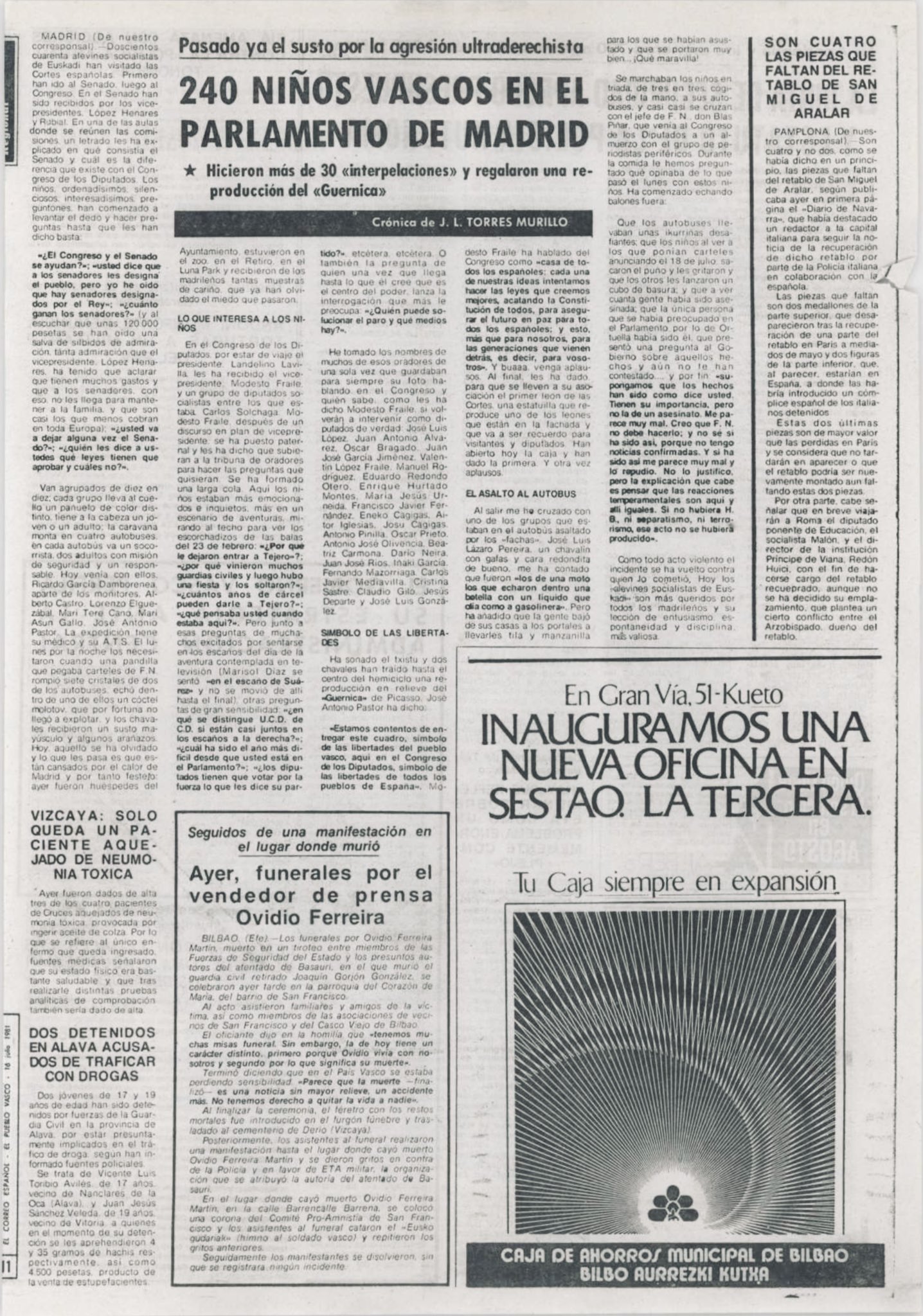 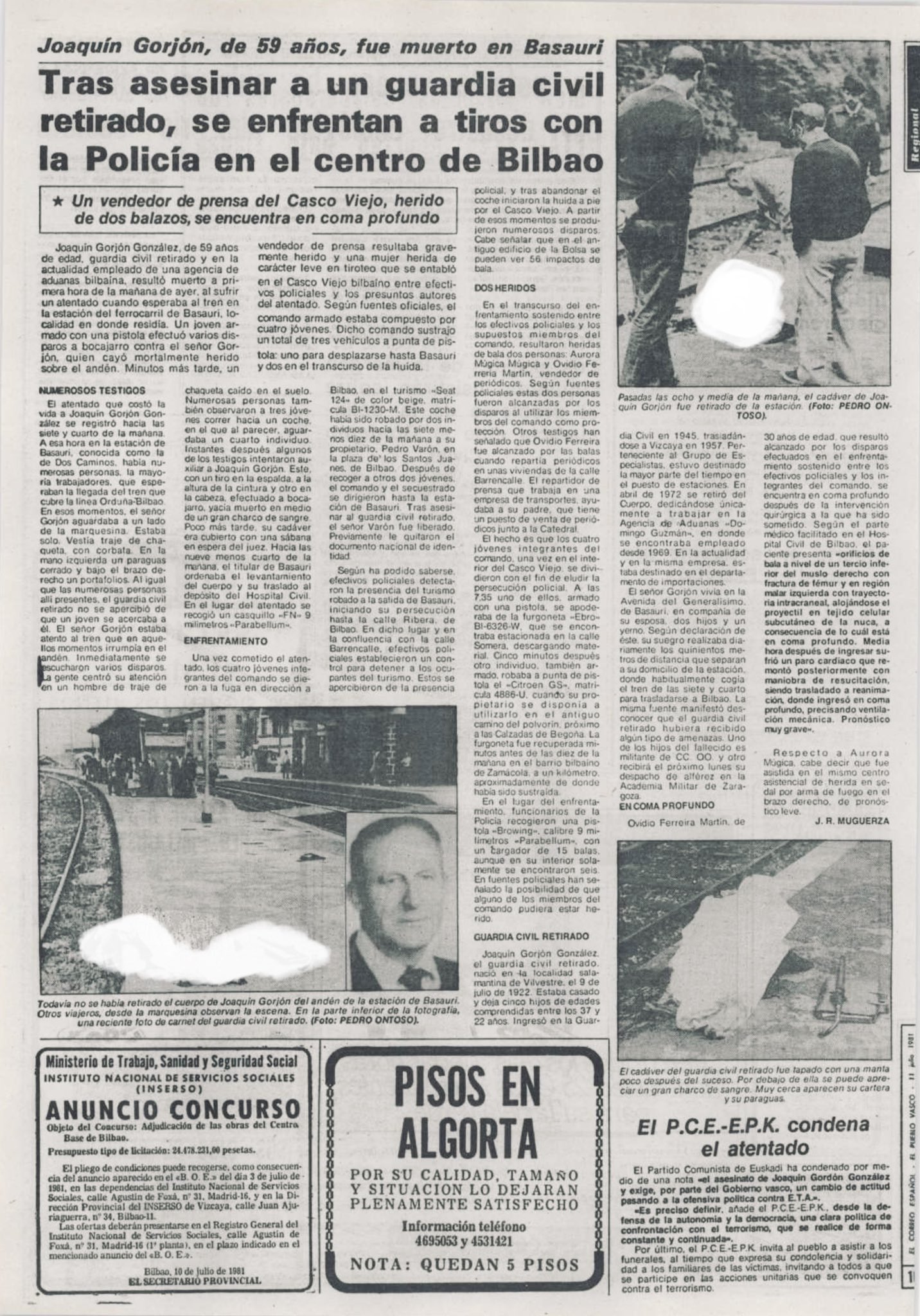 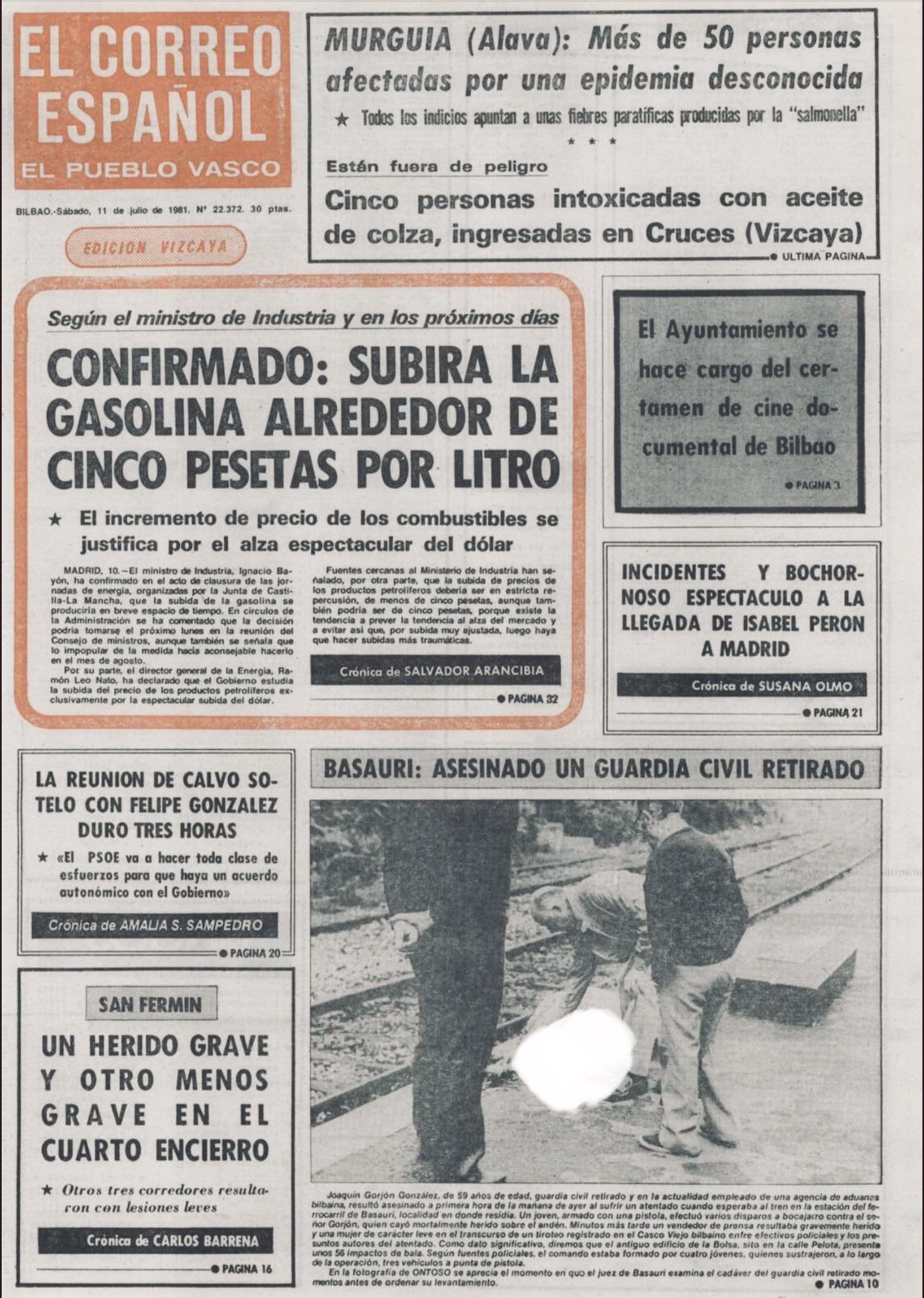 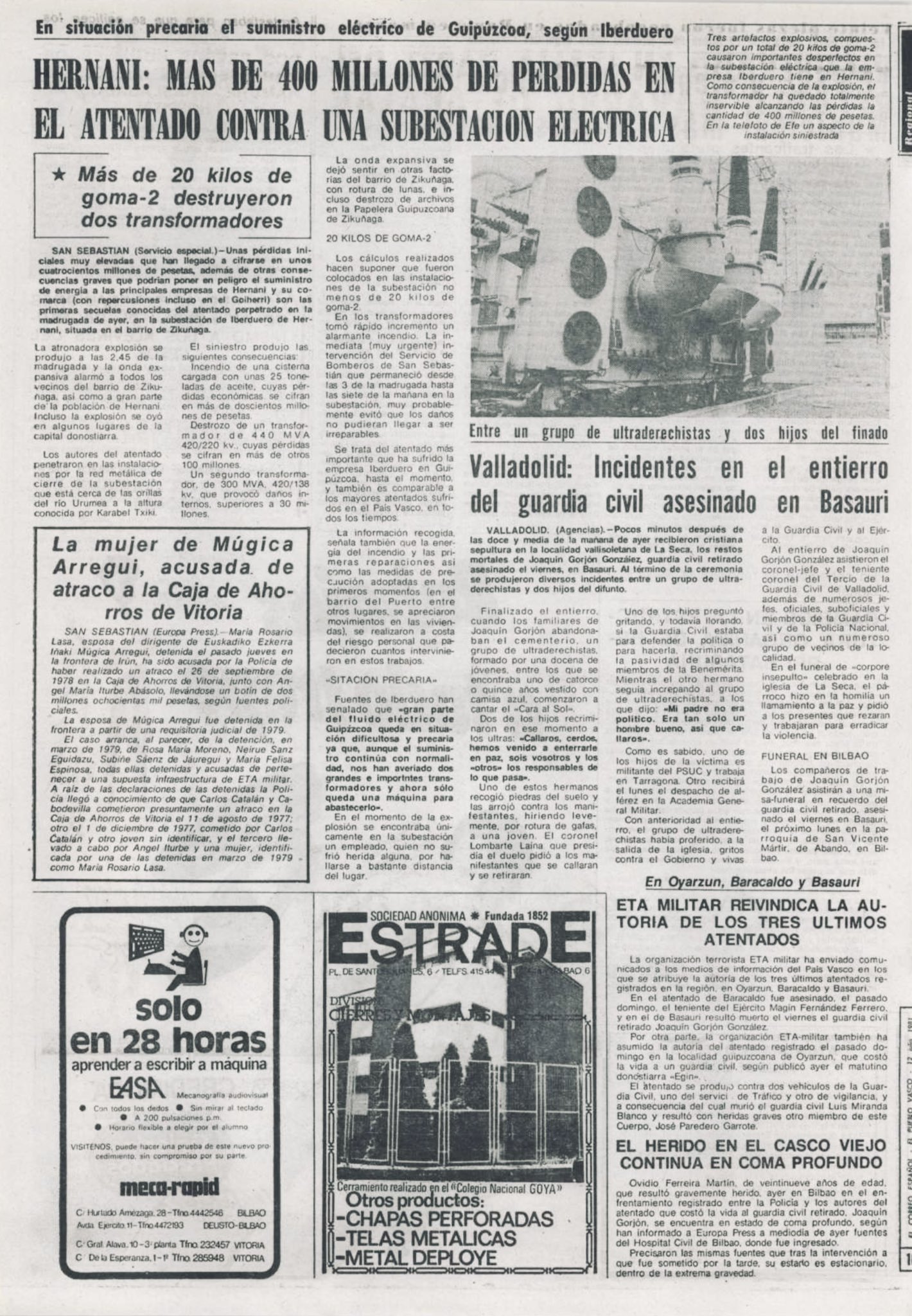