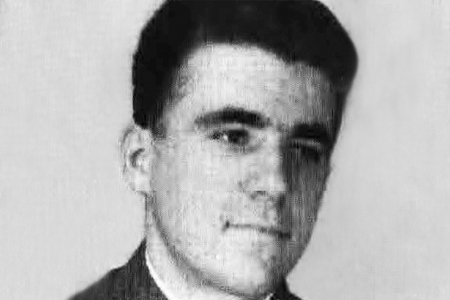 In spring 1975 the political-military branch of ETA decided to send a number of units to Barcelona, Galicia and Madrid to open new fronts against the Franco government. One group moved to Barcelona, where they perpetrated a number of bank robberies, one of which took place on 6 June. The ETA members entered an office of the Banco Santander on Calle Caspe, but one of the bank employees managed to set off an alarm that was wired through to police headquarters and a patrol car that was in the vicinity was sent to the scene of the raid.

The terrorists ran into the agents as they were leaving and opened fire on them. Corporal Ovidio Díaz López was hit seven times, once in the heart, and killed instantly. One of the assailants was injured, but the entire group of six or seven raiders managed to escape. Ovidio Díaz López was married and had a son. His wife was expecting another child at the time of his death.

A month and a half later, two members of ETA político-militar were arrested in Barcelona: Ignacio Pérez Beotegui (alias “Wilson”), one of the main leaders of the group and head of its special units, and Juan Paredes Manot (alias “Txiki”). They were caught by police as they were preparing another bank robbery. Paredes Manot was executed on 27 September 1975. 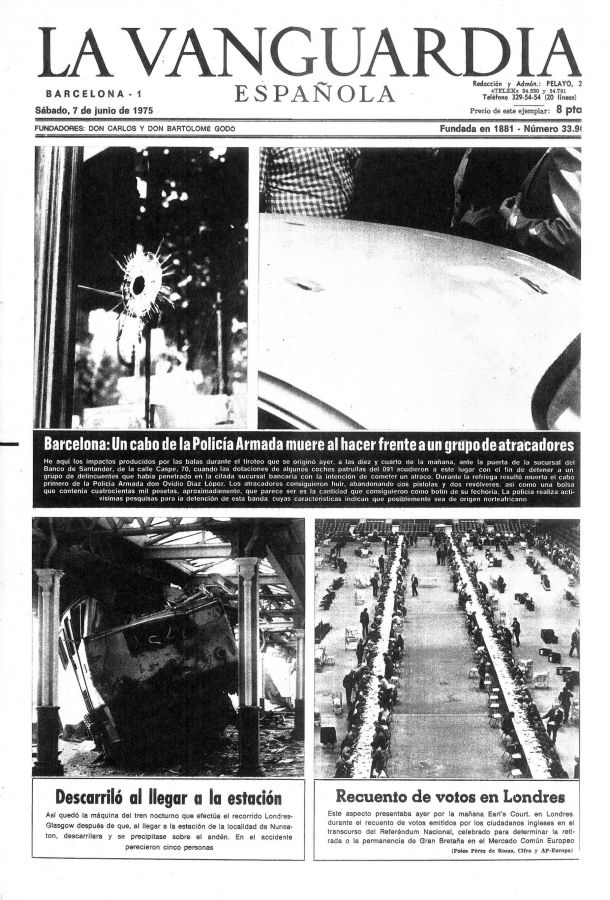 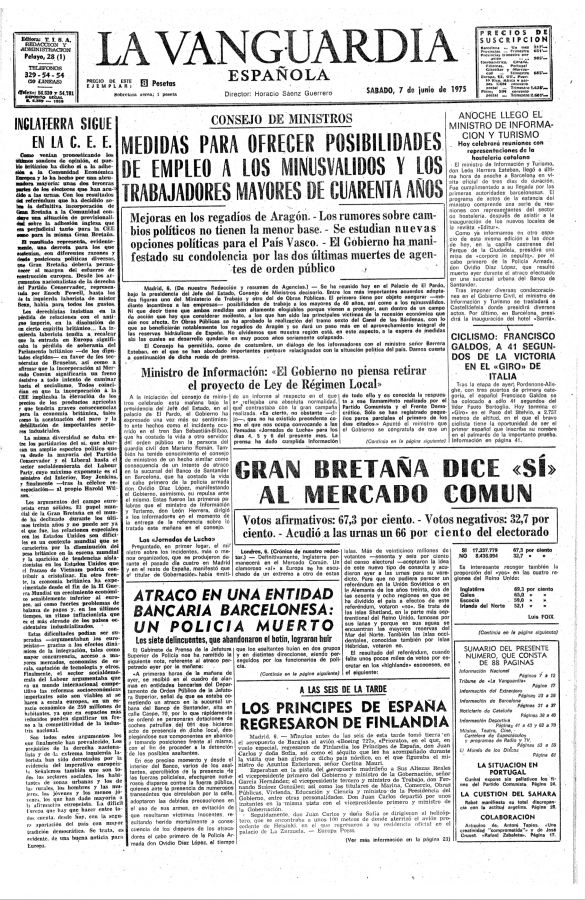 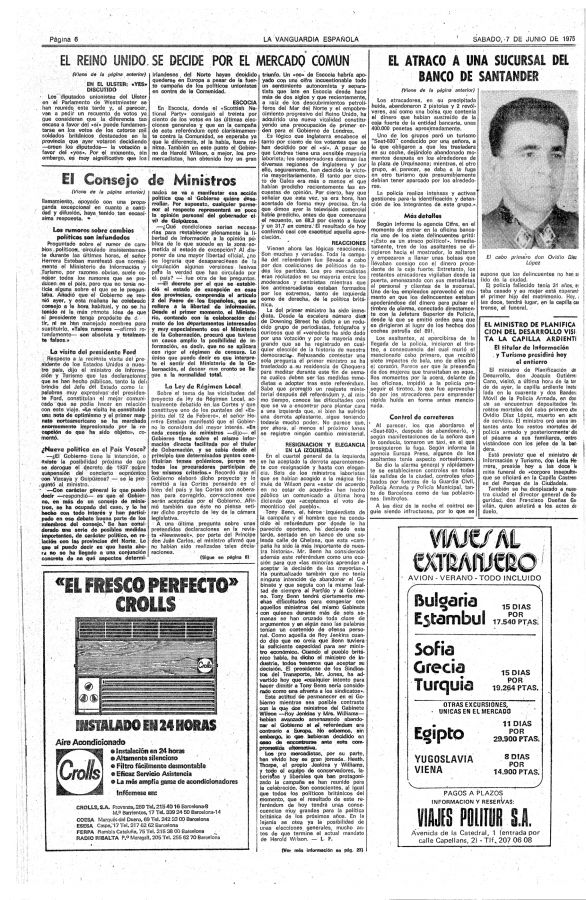