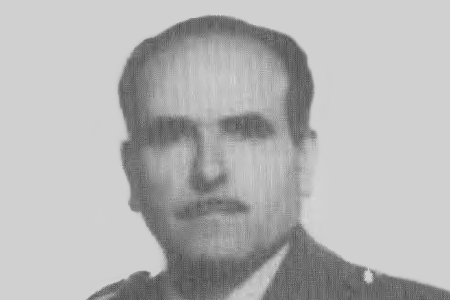 Oswaldo José Rodríguez Fernández was shot as he was about to enter the doorway of the headquarters of the Social Institute of the Armed Forces (ISFAS) in San Sebastian, where he worked as a clerk in matters related to health care for widows and orphans of military personnel. He was intercepted on the landing before the first floor of the building by gunmen from the terrorist group, who opened fire on him from a distance of a few metres before fleeing. He was hit twice in the head. The bullets entered his jaw and exited through the back of his skull, shattering his head.