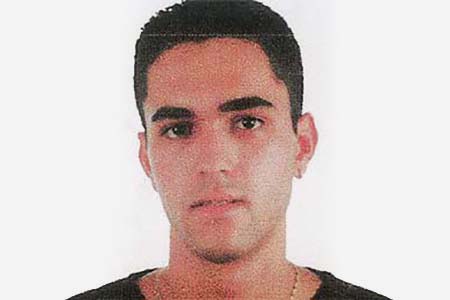 Osama El Amrati had come to Spain from Morocco in 2000, with the help of his Uncle Ahmed, to whom he used to give money as a token of his gratitude. The young man had great hopes of fulfilling some of his dreams in Spain. These included marrying his girlfriend, Beatriz —to whom he had become engaged in June of the previous year— and having three children. He was planning to take Beatriz to Morocco at Easter. On the night of 10 March he wrote her a message: “Habebe…you are my life”. He was killed on the train that was blown up at Atocha station.