On 9 April 1979, Olegario Domingo Collazo Melón was walking along Travesía de Vigo towards his vehicle, which was parked outdoors. Around 4 pm, as Collazo was getting into the vehicle, two young men came up to the window and, without saying a word, shot him nine times. He was hit in the lung and heart. Collazo was taken to the Almirante Vierna nursing home but was dead on arrival. Responsibility for the attack was claimed by GRAPO. One of the terrorists died and the other was sentenced to 25 years in prison as the perpetrator of the crime. A third member of the organisation was convicted of being an accessory to the crime.

Olegario Collazo worked as a clerk in the Factorías Vulcano shipyard in Vigo and had four children. The terrorists had intended to kill a police inspector living in the same neighbourhood for whom they mistook the victim. The two men’s cars were the same colour. 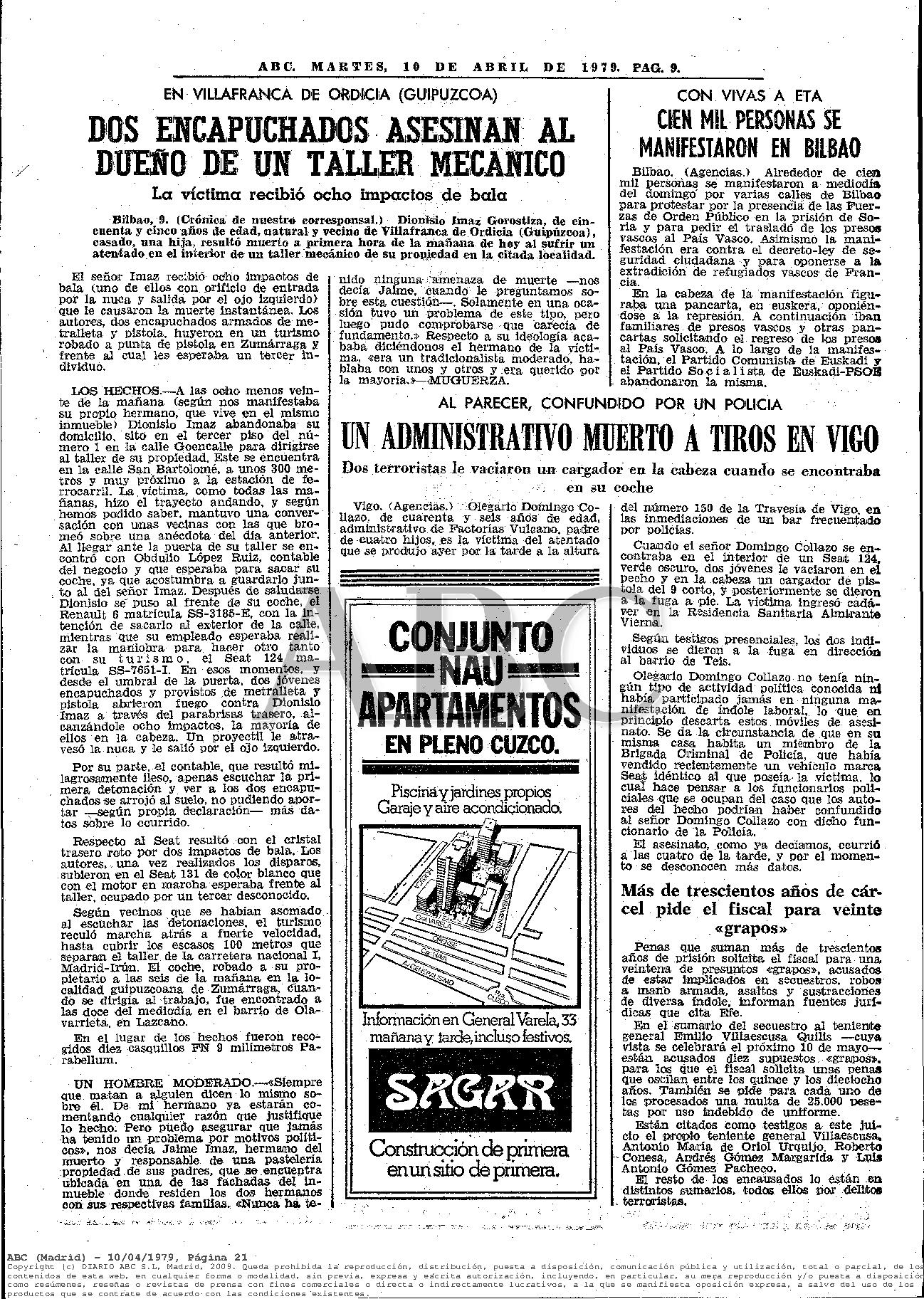