Nezar Ahmad El Sabach had been living in Spain for fourteen years, in exile from the Syrian regime. On the night of 21 November 1981, Nezar Ahmad was in the Islamic Centre on Avenida Meridiana in Barcelona. At around 10 pm, neighbours heard two gunshots and called the police. When officers reached the apartment, they found the victim’s body with two shots to the head and two 7.65 calibre bullet casings lying next to him. Nezar Ahmad was taken to San Pablo Hospital, but was dead on arrival. His body was taken to Granada, where he had lived before moving to Barcelona and his burial was attended by people from all over Spain.

In a call to El País newspaper, the Muslim Brotherhood, to whom it claimed the victim belonged, accused the Syrian regime of assassinating opponents of the Assad government. Other Syrians in Spain also blamed the Damascus government for the murder. Five days later, the Syrian embassy sent a letter top the paper denying official Syrian involvement in the attack. In March of the following year, following the murder of a Palestinian man, El País reported that Spanish diplomatic sources had described the embassy’s communiqué as “scarcely credible”. 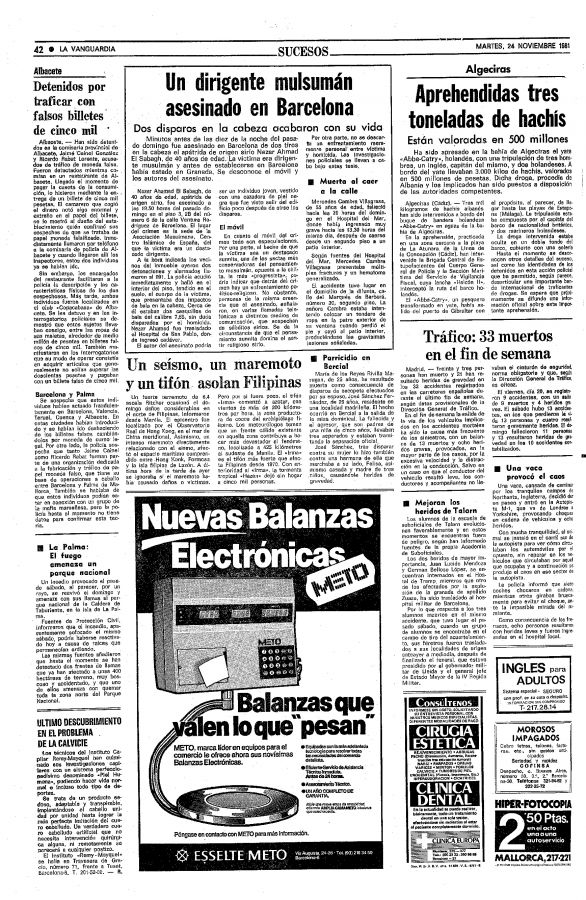 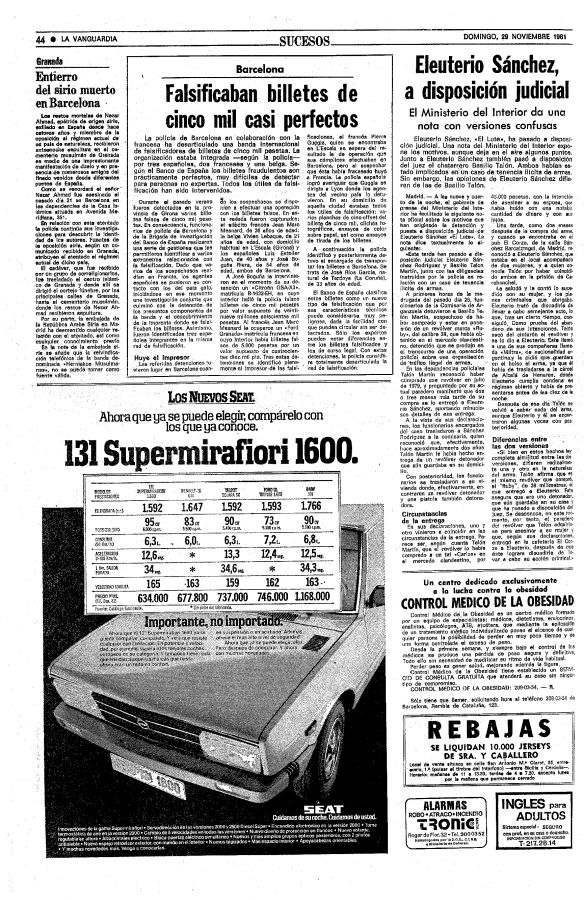