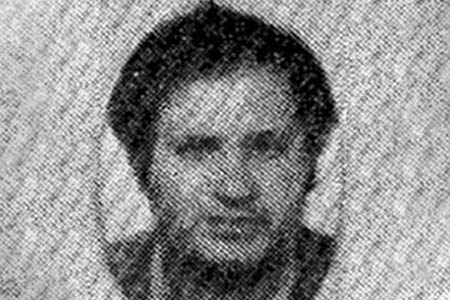 Born in: Israel
Age: 34
Offspring: 3
Marital status: Married
Job: Press correspondent for publications from Kuwait and Lebanon, and militant in the Front for the Liberation of Palestine
Date of the attack: 01/03/1982
Place of the attack: Madrid
Weapon: Gun
Killed by: Other

Palestinian Nabil Aranki Wadi made the same journey each morning: he would leave his house on Calle Eugenio Sellés, take his children to school and then walk back to the Plaza de la Beata María Ana de Jesús, where he met up with his wife at the Viñas brewery. However on 1 March, 1982, a terrorist with Arab features was waiting for him behind a newspaper stall on Calle Guillermo de Osma. As Nabil, who was a member of the Palestine Liberation Movement, was walking by, the assassin shot him twice in the back of the head and fled. Believing him to be dead, police covered the body. Minutes later, however, the victim was seen to be trying to say something. He was rushed to the 12 de Octubre Hospital, but died two minutes after being admitted.

Hours after the killing, the Palestine Liberation Organization issued a note blaming the Israeli secret services for the attack. However, the Spanish Security Forces pointed the finger at Shi’ite groups. No one has ever been brought to justice for the murder.