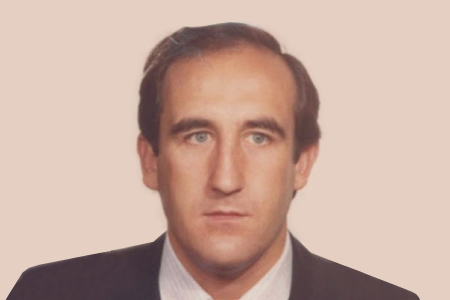 Moisés Cosme Herrero Luengo had gone to buy the newspaper with his three-year-old son in the town square when he was shot twice in the head in front of the child. As they were walking home, two ETA members approached Moisés from behind. One of them then pulled out a gun and shot him in the back of the head and then again as he was lying on the ground. The terrorists were wearing sunglasses and jeans and the square was full of people. The little boy was, traumatised by the sight of his father lying on the ground in a pool of blood, ran away crying. He spent an hour wandering the streets before he was found by members of the municipal police.

Despite the crime, the cycling race that was being held that day in Guecho was not suspended and continued as normal in Algorta.