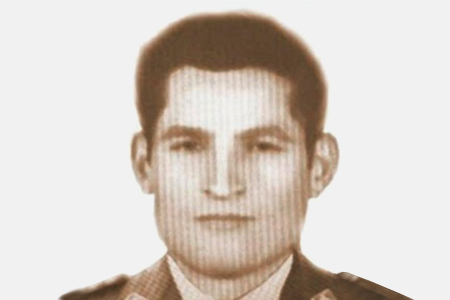 Modesto Martín Sánchez was in his car on Calle Mauricio Ravel in the Beraun district of Rentería. At his side were his wife —who was seven months pregnant at the time— and their five-year-old son. Three terrorists, one with a submachine gun and the other with a pistol, positioned themselves in front of the vehicle and opened fire through the windscreen. His wife tried to prevent the attack, but the gunmen pushed her out of the way and Modesto was killed almost instantly from wounds to the heart, mouth and chest. After the shooting the ETA members got away on foot.