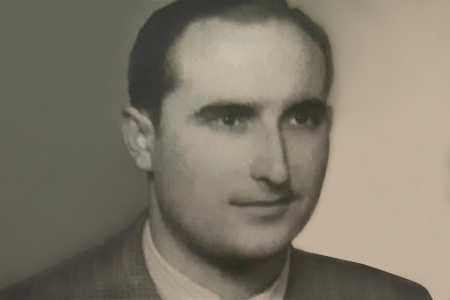 When Modesto Carriegas Pérez left home to go to work at the Banco Hispano Americano office he managed, the terrorists were lying in wait for him on the staircase of his apartment block. They accosted him and shot him four times, twice in the head and twice in the stomach. Alerted by the gunshots, employees of a nearby bank branch and Modesto’s wife came to his aid.

On 27 January that year (1979), Modesto Carriegas had been the victim of a robbery and subsequent kidnapping by ETA Político-Militar in the branch of the Banco Hispano Americano. Four ETA members entered the bank and made off with ten million pesetas. To prevent the branch employees from reporting the robbery immediately, the terrorists took Modesto hostage and forced him to go with them to the train station in Baracaldo. They then took a train with him into Bilbao, where they set him free in a bar, warning him to stay there until nine in the morning and then return to the bank. After the murder, the family received a letter from ETA telling them to leave Baracaldo. 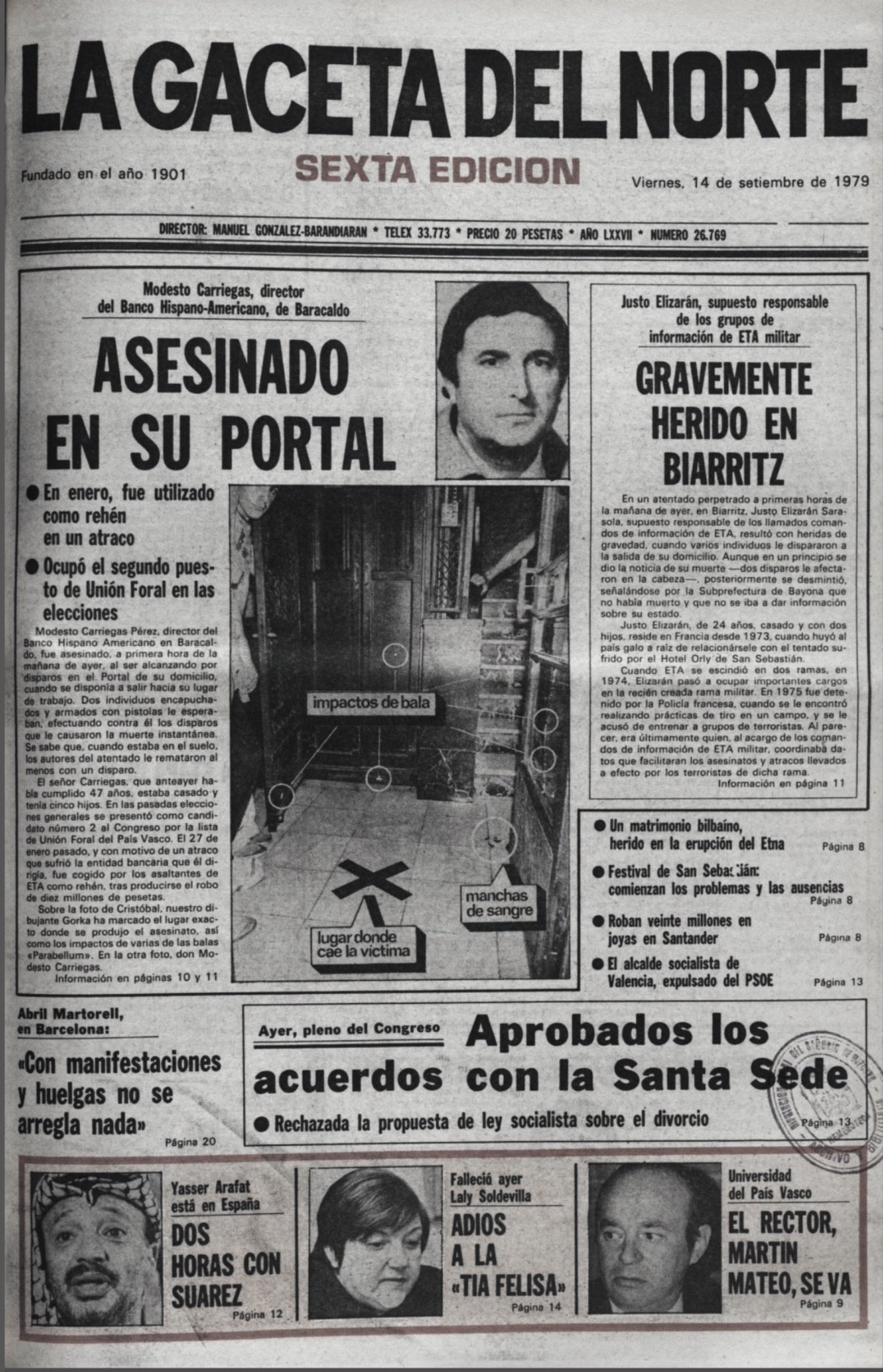 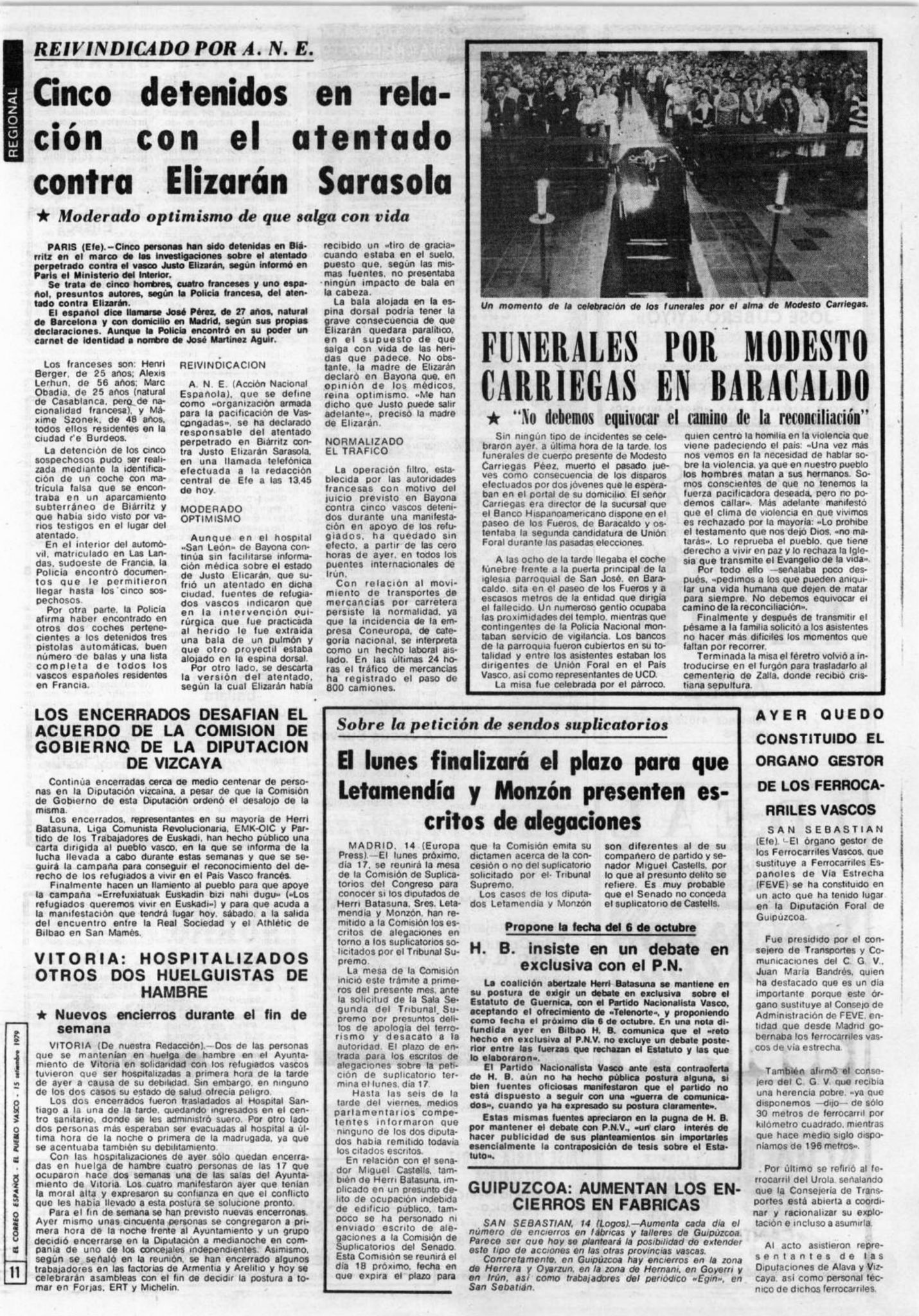 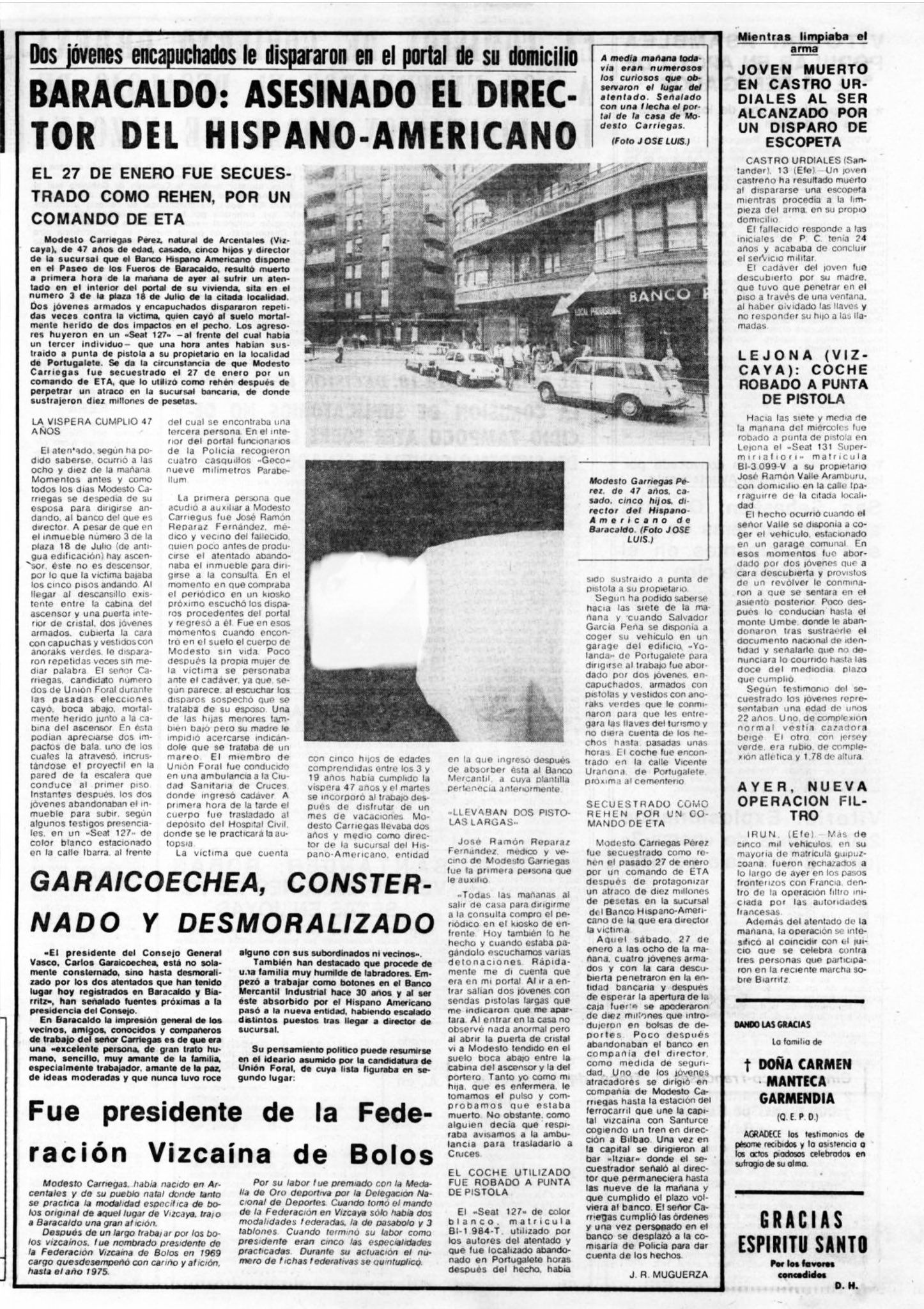 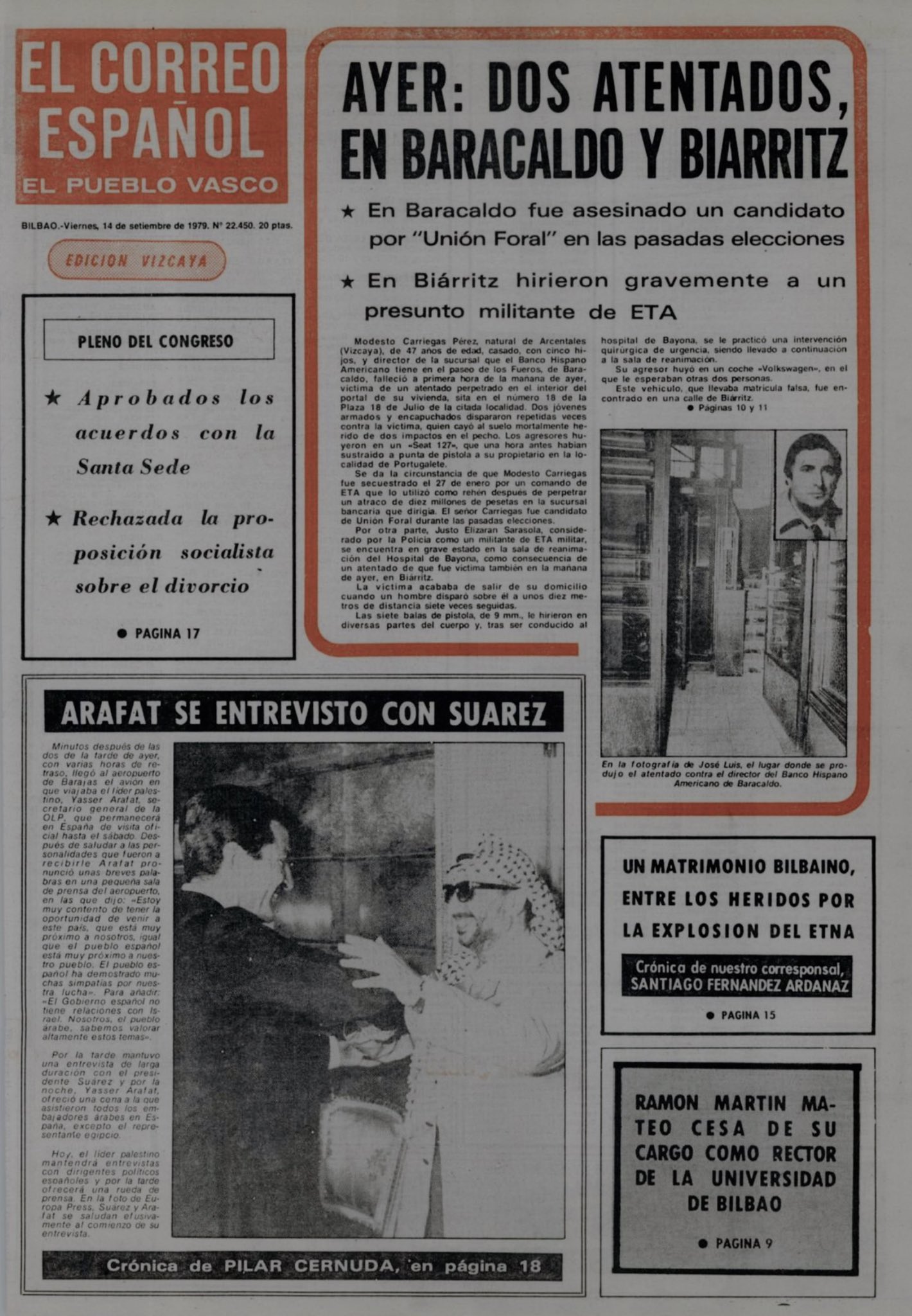