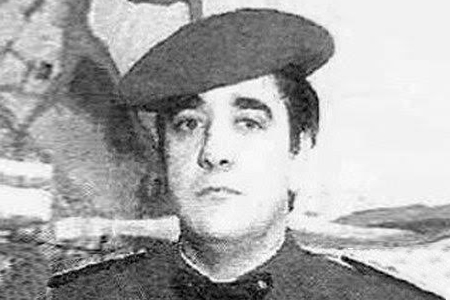 Mikel Uribe Aurkia was on his way to have dinner with some friends at the Zazpi Bide gastronomic society in Leaburu. As he was parking his car, he was approached by three ETA members in a stolen car. They had been waiting in an area behind the town hall until they received word from another member of the gang that the police officer was arriving at the gastronomic society.

Another ETA member then drove to where Mikel Uribe’s SUV was parked. There a third terrorist opened fire with a submachine gun. One of the members of the unit then got out of the vehicle and fired several more shots, emptying the magazine of his pistol on the badly wounded policeman. The victim was taken to the Donostia Hospital with serious injuries, where he died shortly afterwards.

The following day, a group of Mikel Uribe’s colleagues, including his brother, also a police officer, gathered in the town hall square to protest at the killing. No local people from Leaburu came out in protest and it was the police officers themselves who entered the town hall, where the council was led by Herri Batasuna, to lower the Basque flag to half mast and place a black ribbon on it. 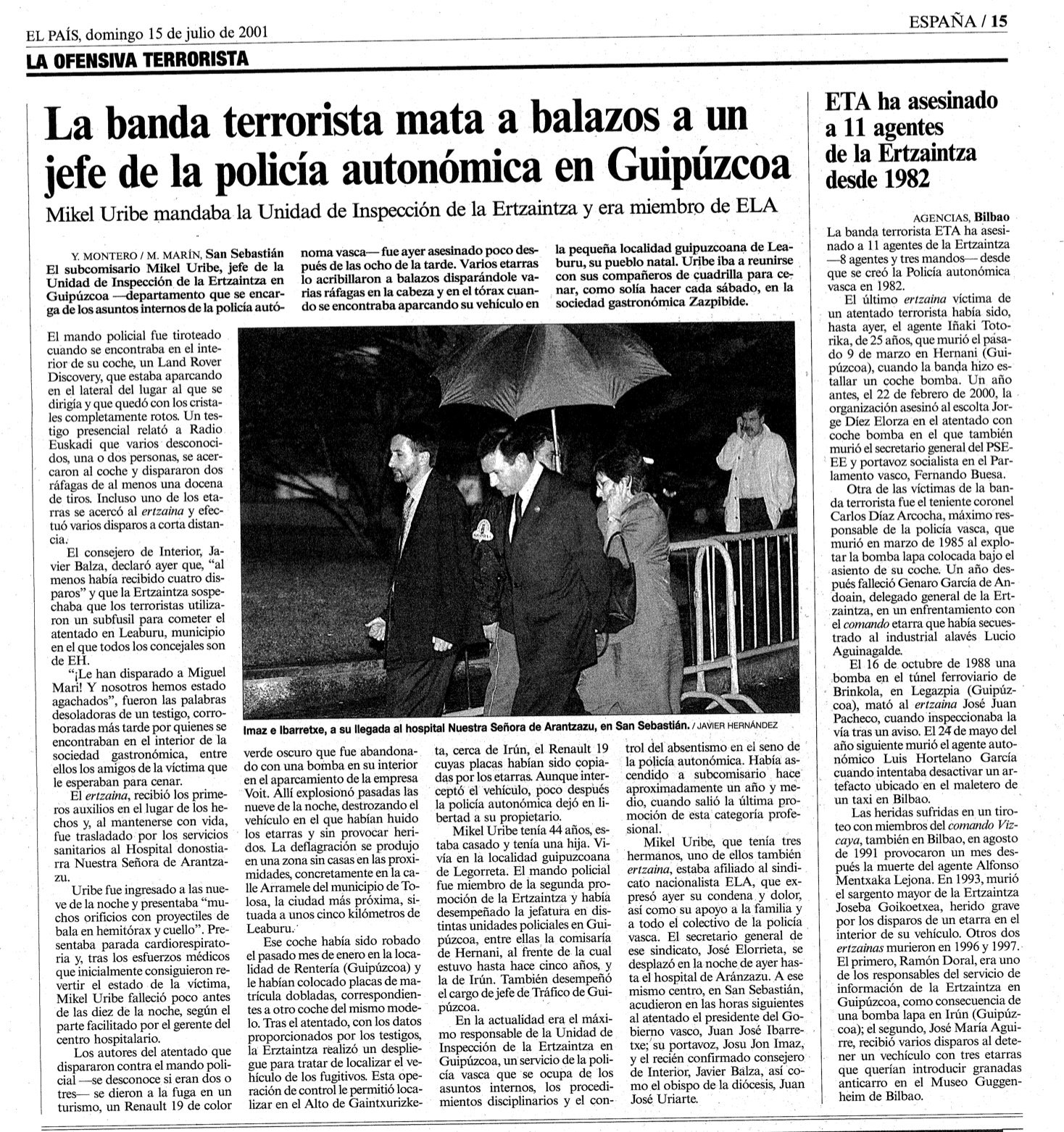 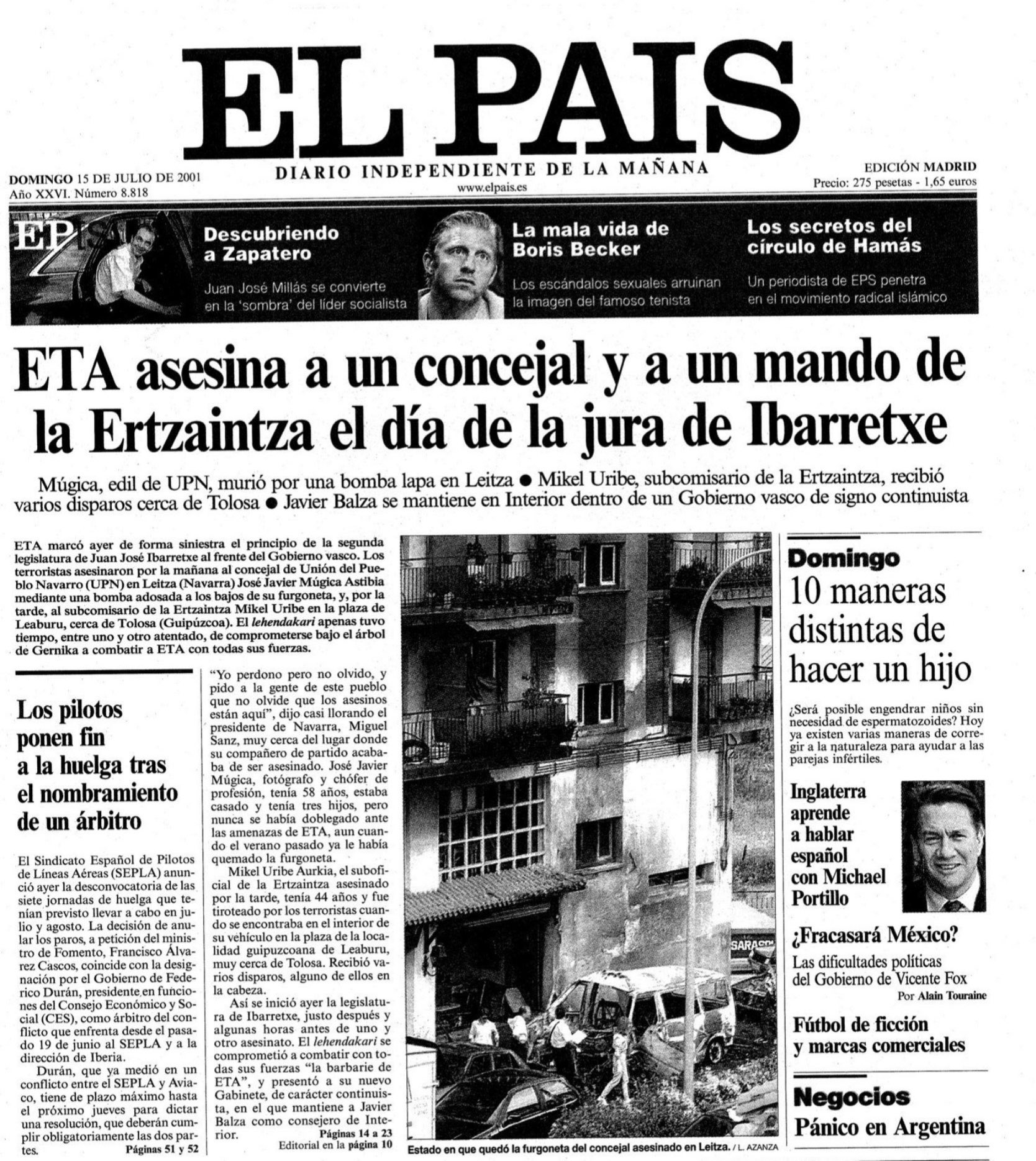 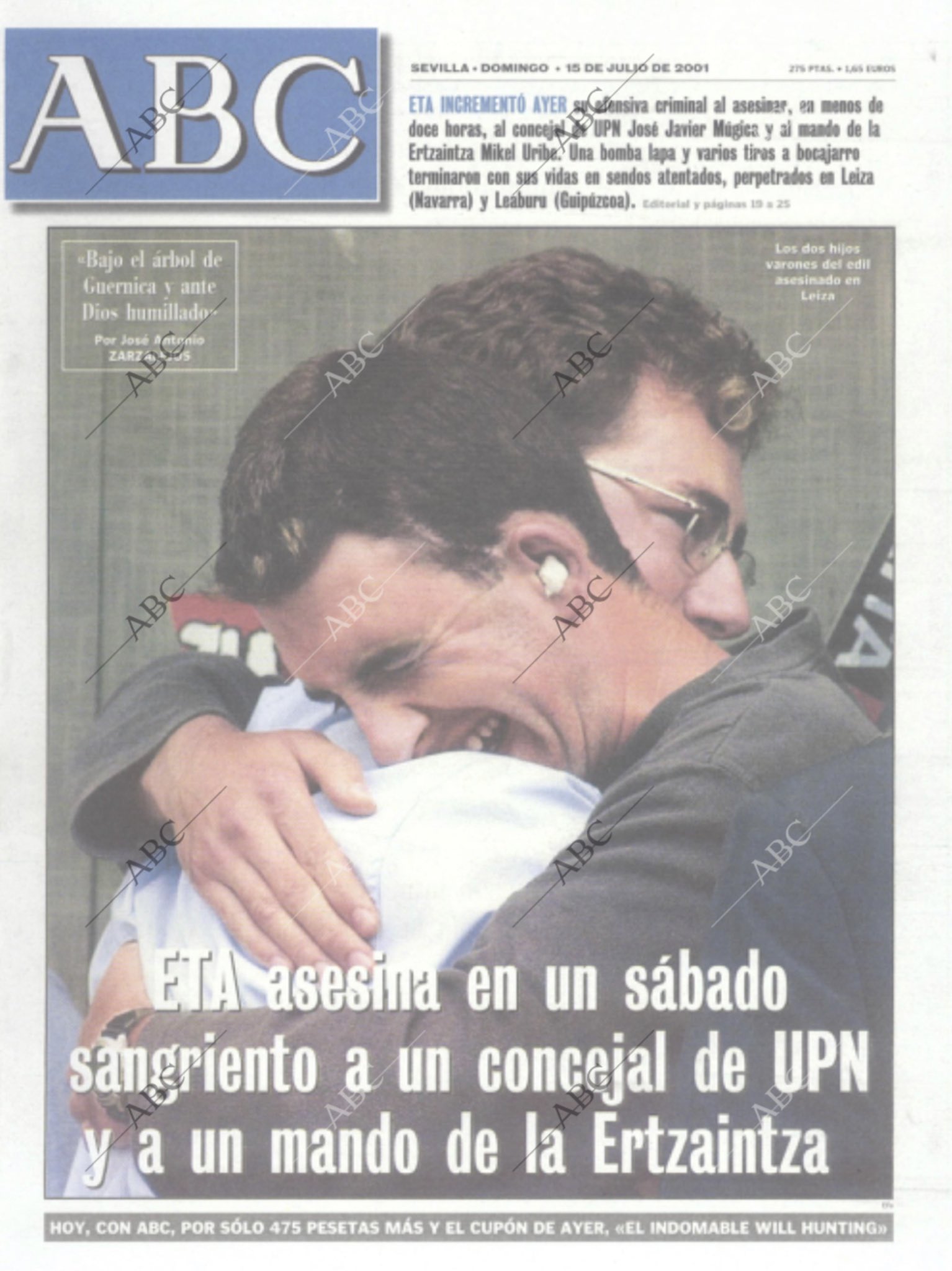