Miguel Zunzunegui Arratibel had just returned from a trip with his truck. He was in the garage of his farmhouse when he was shot by two hooded men. According to his family, he had not received any threats, but a few days earlier two bullet holes had been found in his car. Miguel had time to ask the two ETA members, in Basque: ‘What have I done to you?’. The victim’s 70-year-old sister tried to snatch the gun from one of the assailants. He held it to her chest and told her in Basque not to move, while the second terrorist shot her brother at point-blank range. 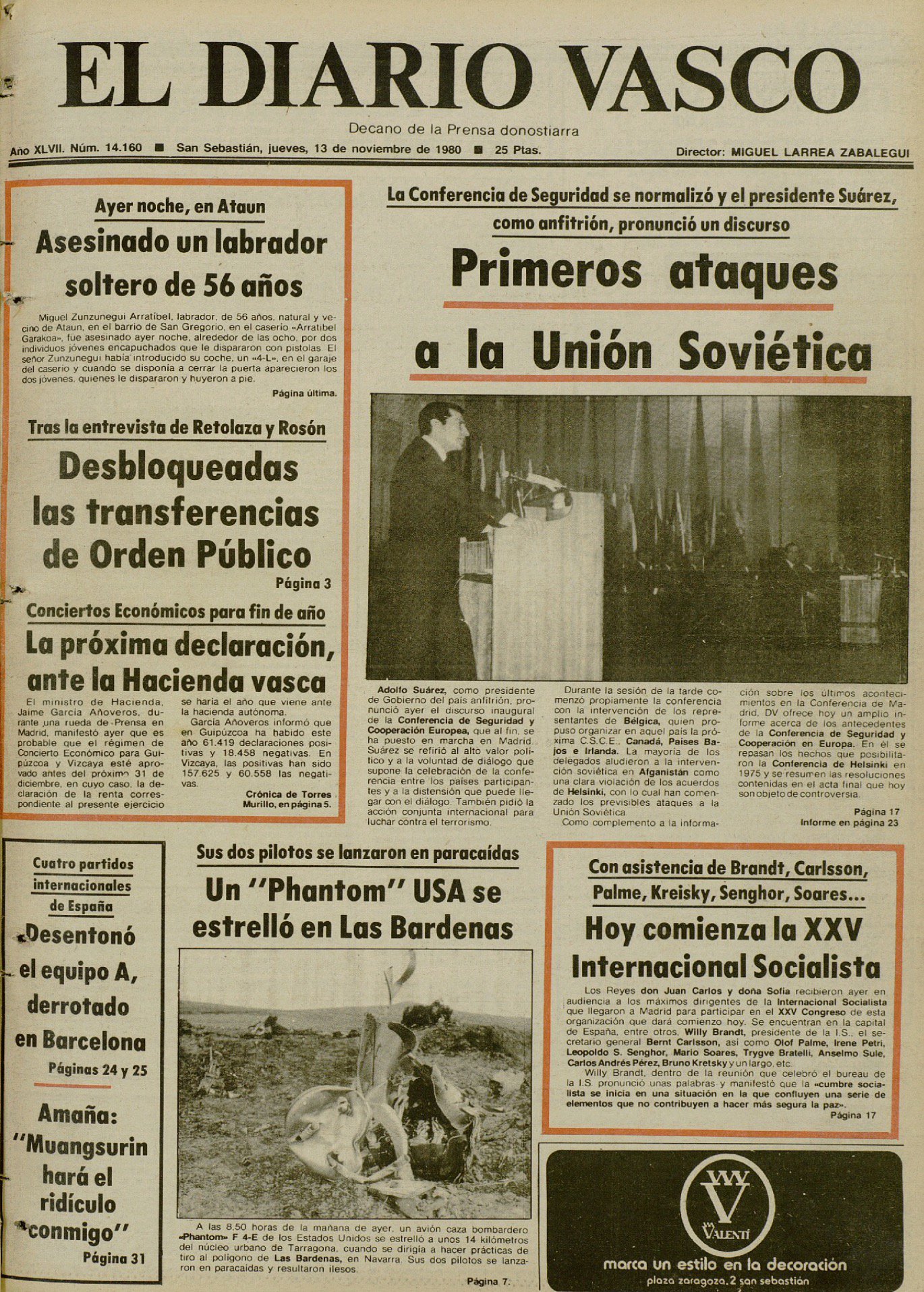 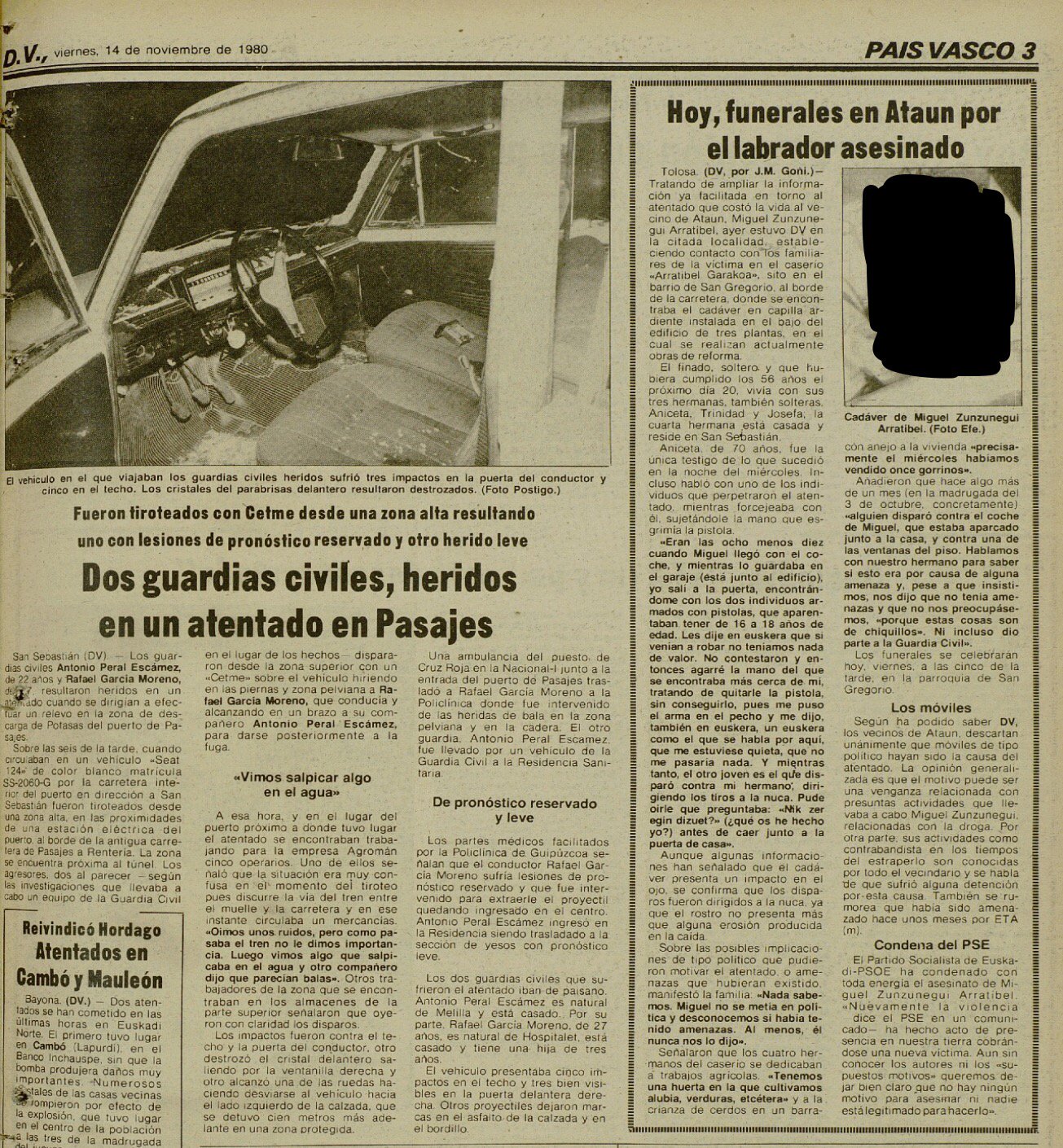 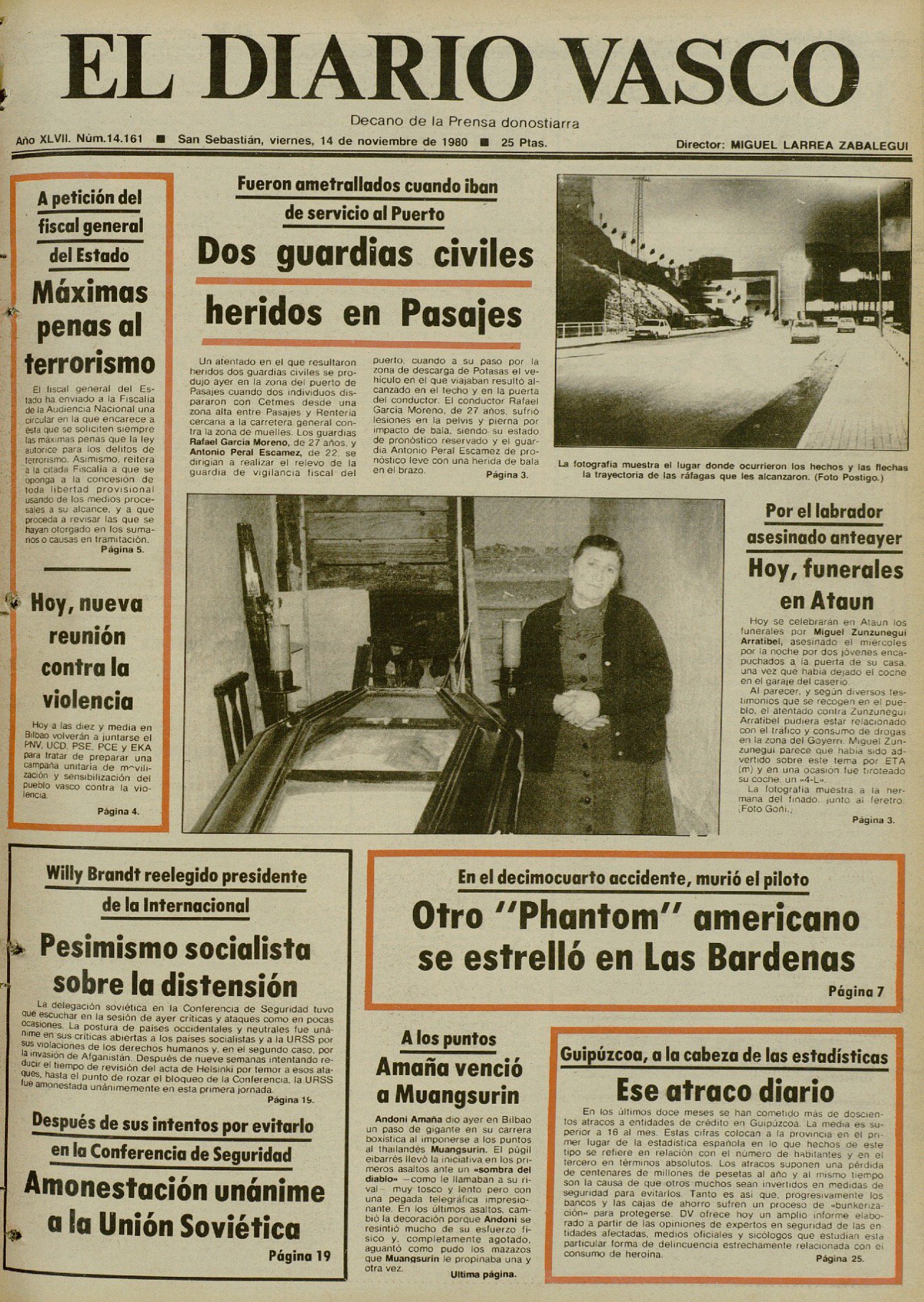 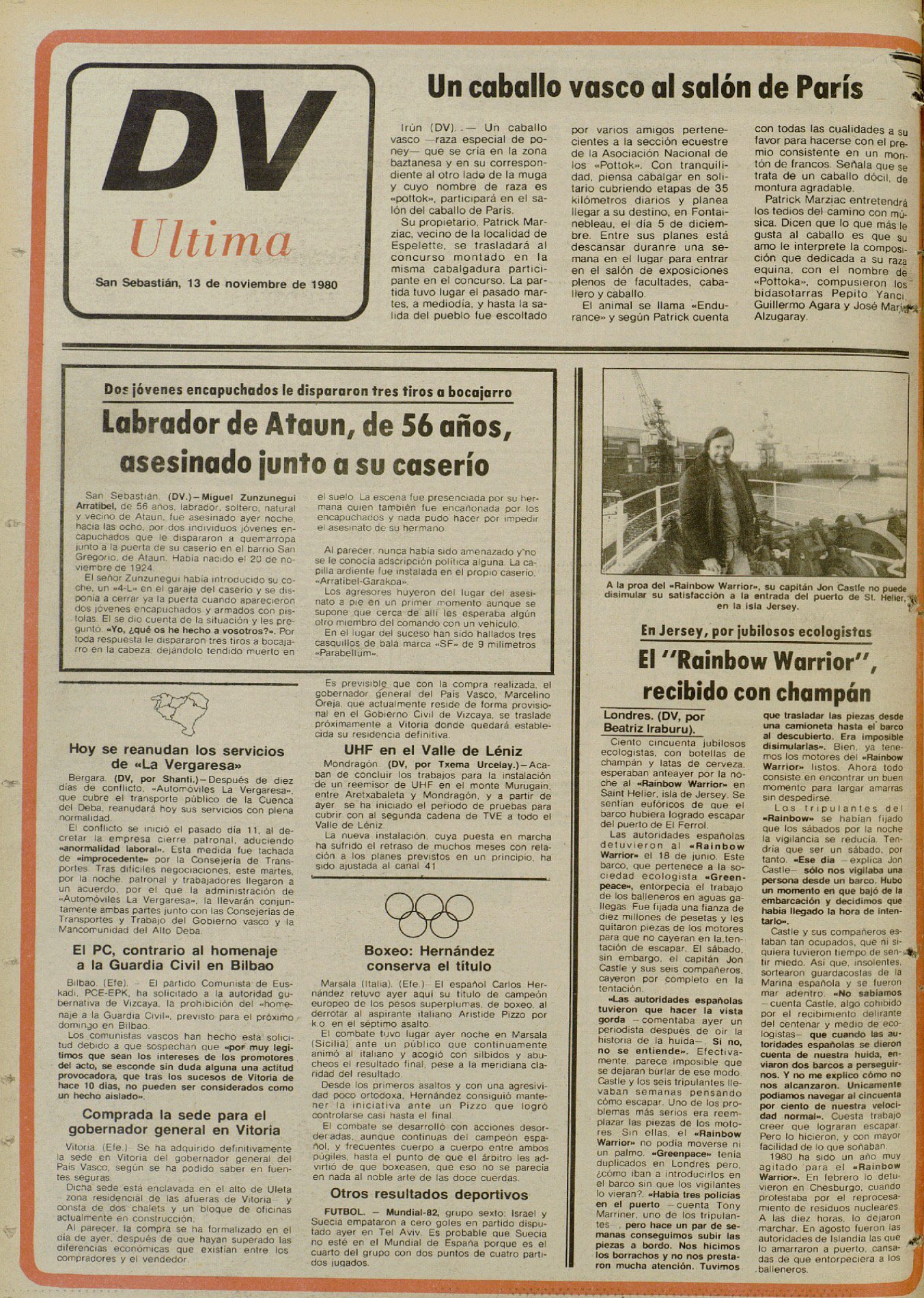