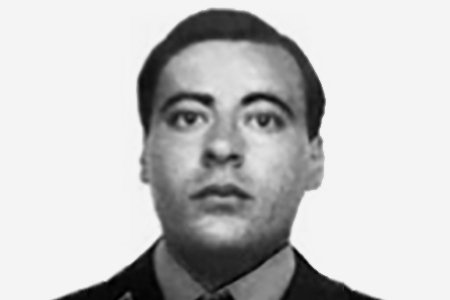 At around 8.30 pm, two Talbot 150 cars from the Civil Guard’s Rural Action Group left the barracks and took a dirt track towards the main N-I road. As they were approaching the road, at kilometre 422.50, the vehicle furthest behind, in which officer Miguel Mateo Pastor was travelling, was hit by an anti-tank grenade which destroyed the right-hand side and roof of the vehicle. Another grenade exploded on the side of the road.

Following the explosion, the civil guards were machine-gunned by the terrorists with submachine guns and shotguns. The officers returned fire and the killers fled into the hills. The attack appears to have been carried out from the side of Mount Oiango.

Miguel Mateo Pastor was hit in the back and liver and died while he was being taken to hospital. Civil guards Custodio Contreras, 23, and José Bueno Fernández were also injured in the attack. 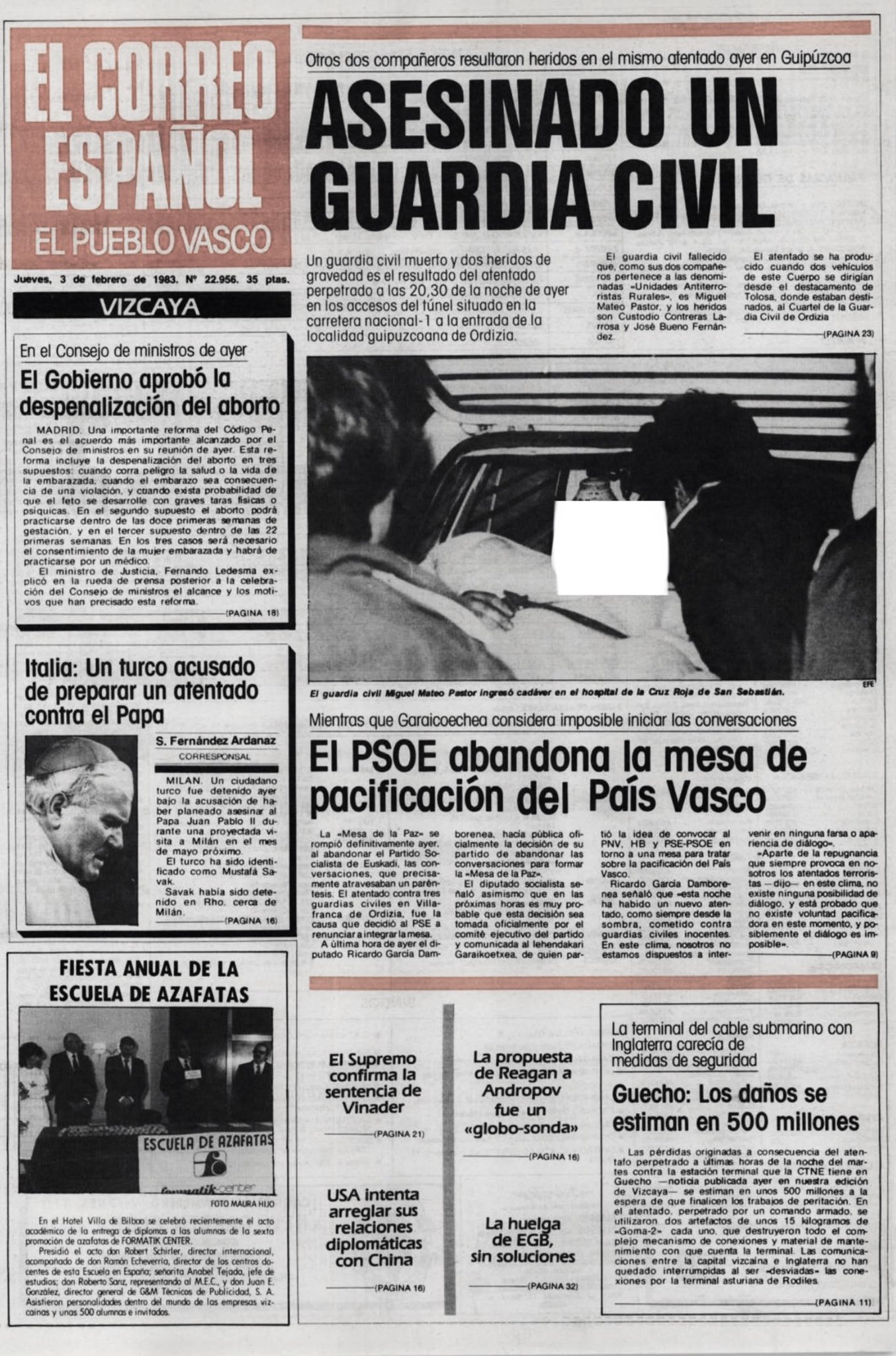 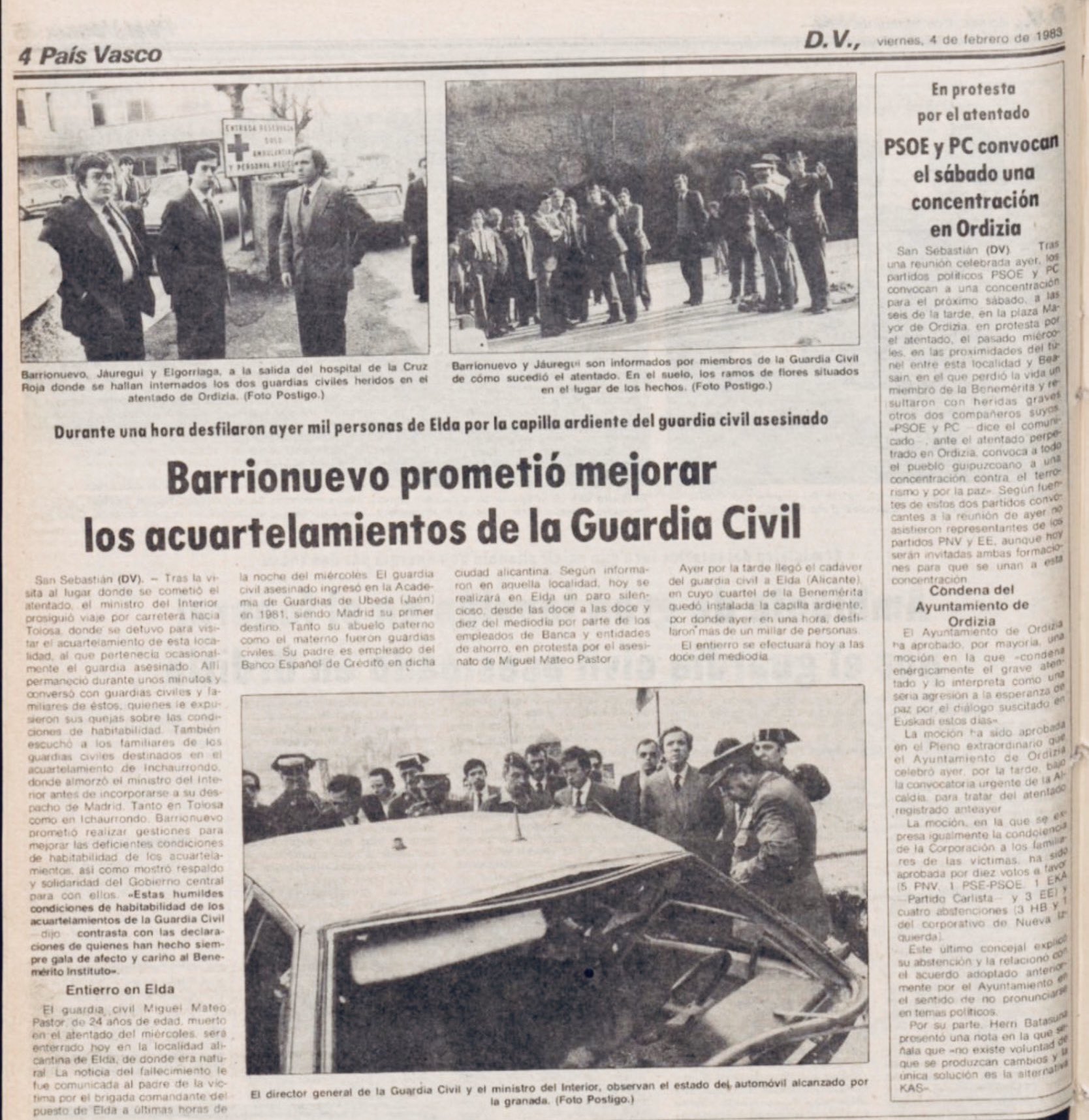 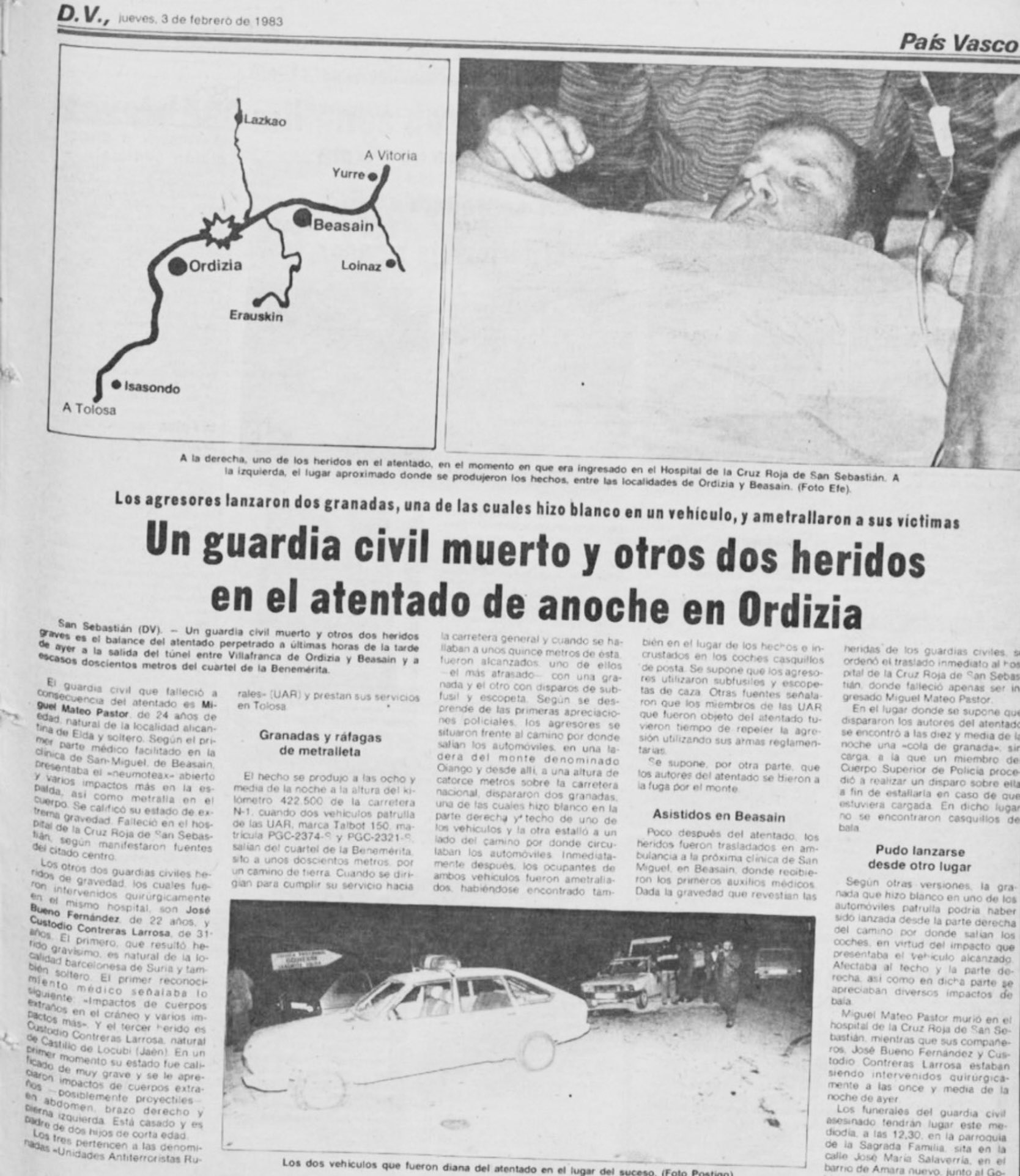