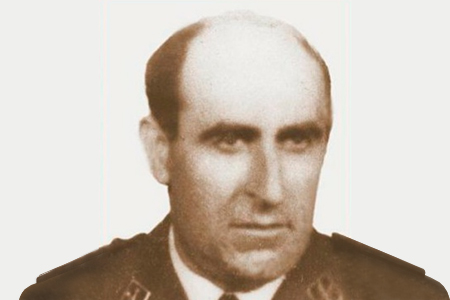 Miguel Gordo García was electrocuted and killed while removing a Basque flag which had been placed by members of the terrorist group on a high-voltage cable. The ETA members had phoned the police to notify them of the positioning of the flag. The electrical discharge occurred when the victim tried to cut the metal ring joining the flag to the cable with a wire cutter. At the time, it was common practice to attach explosive devices to Basque flags, which were illegal.

Miguel Gordo was a bomb disposal technician and had previously removed other flags with explosive charges attached. During that weekend, ten flags were planted, three of them with explosives and others attached to high voltage cables. 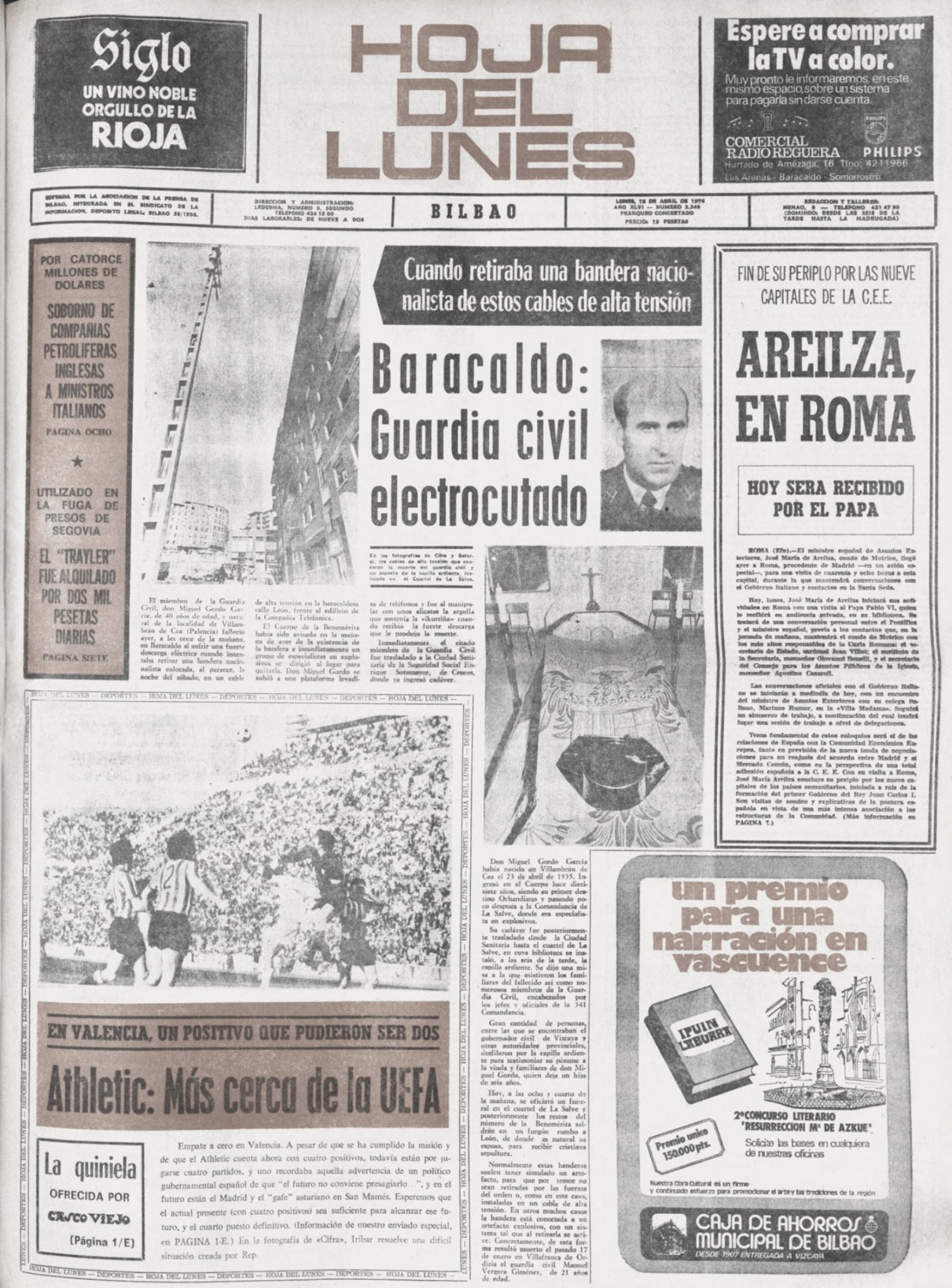 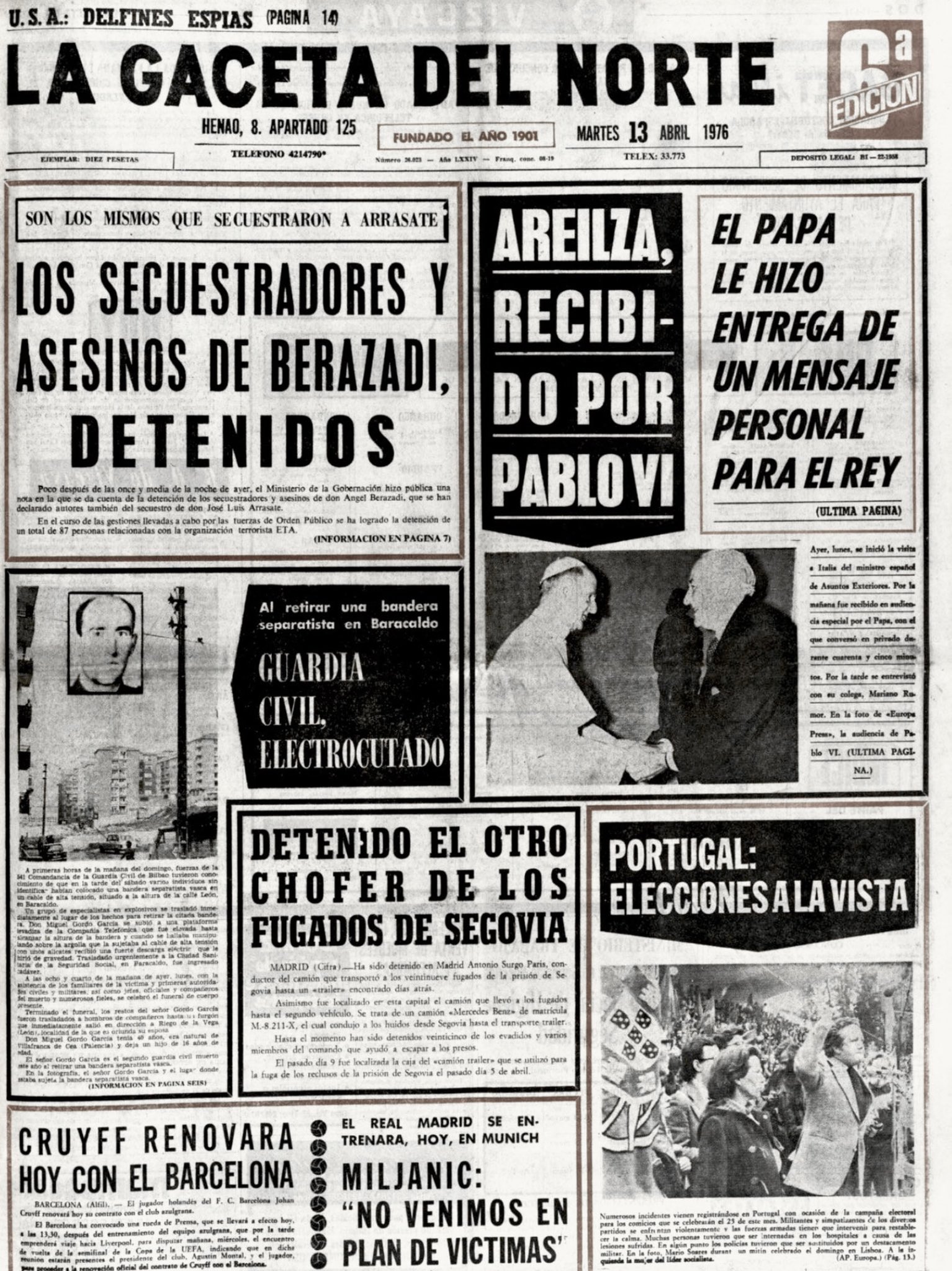 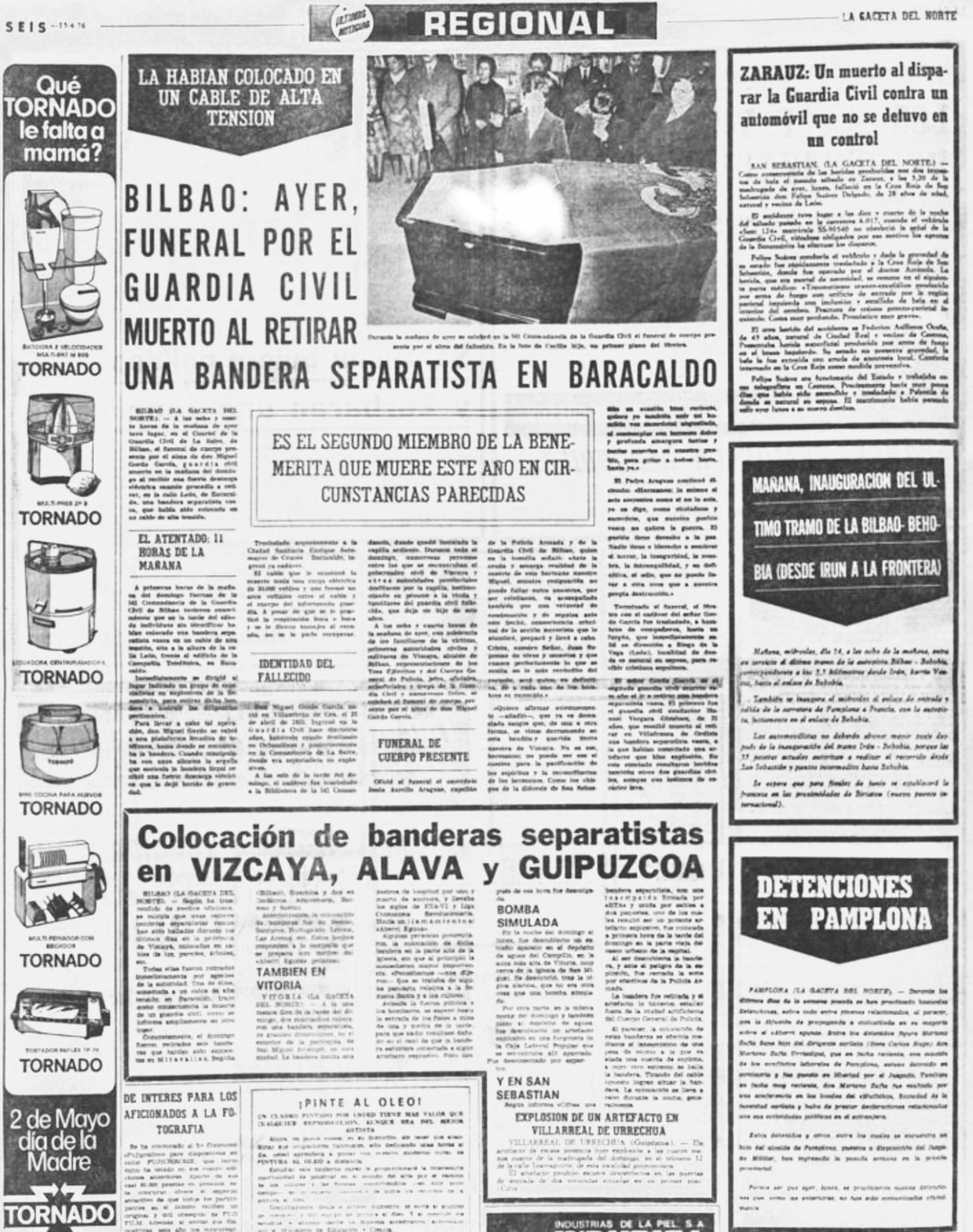 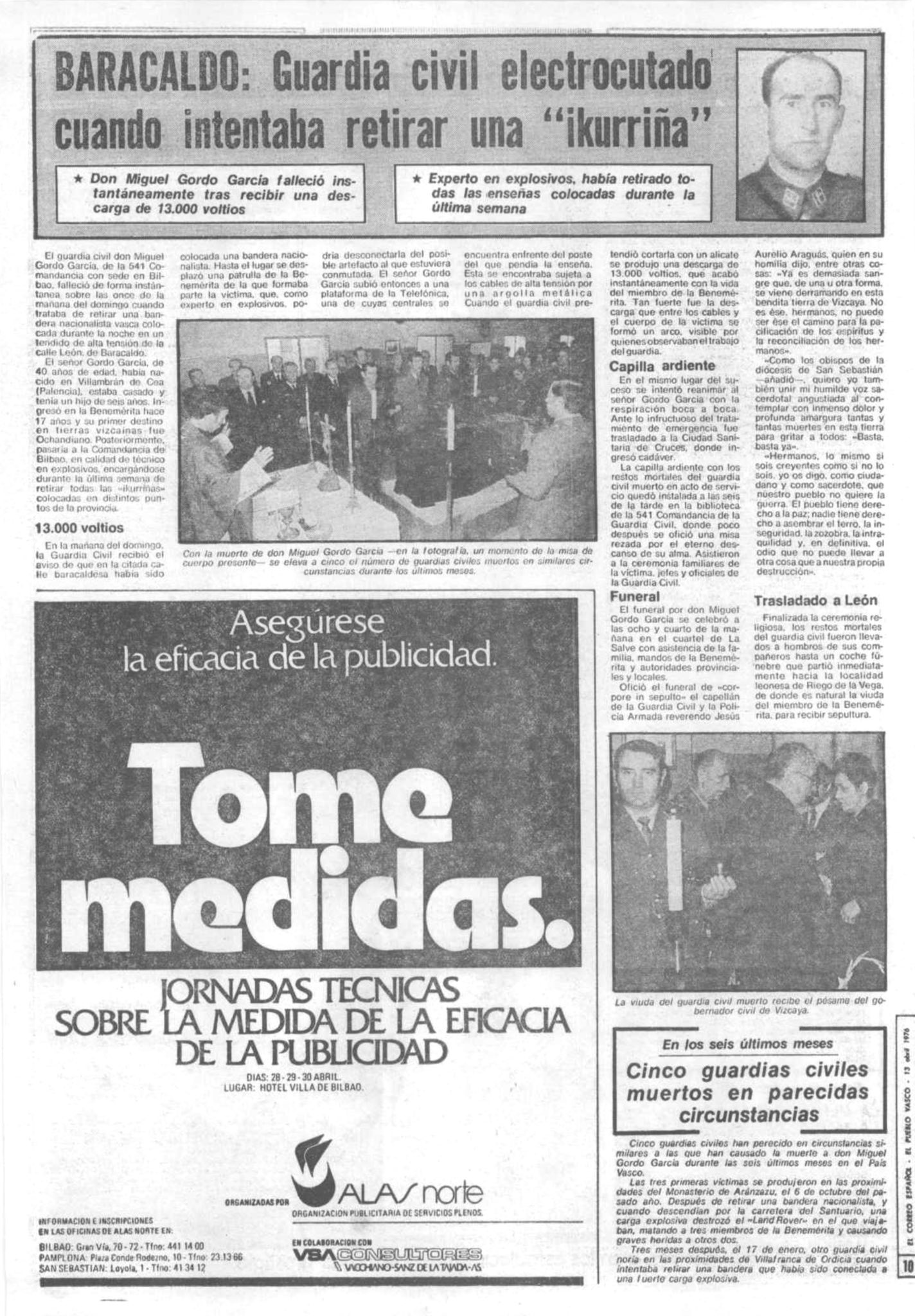