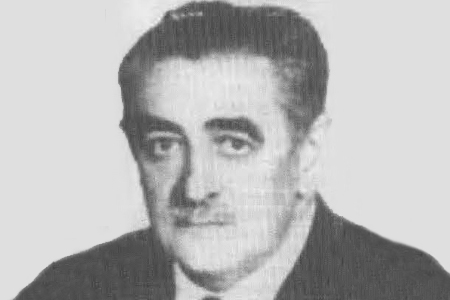 A few minutes before 9 am, Miguel Garciarena Baraibar left his home and walked to his official car, where his driver, José Antonio Díaz Montoya, was waiting to take him to his office at the San Sebastian Municipal Police Headquarters.

At the intersection of Calle Urdaneta and Calle Easo, the car stopped to give way to vehicles on the main street. At that moment, two armed individuals walked out in front of the vehicle and opened fire on the occupants, fatally injuring Garciarena in the head, neck and abdomen. The shooting sparked panic among bystanders, including several young children attending a nearby school. 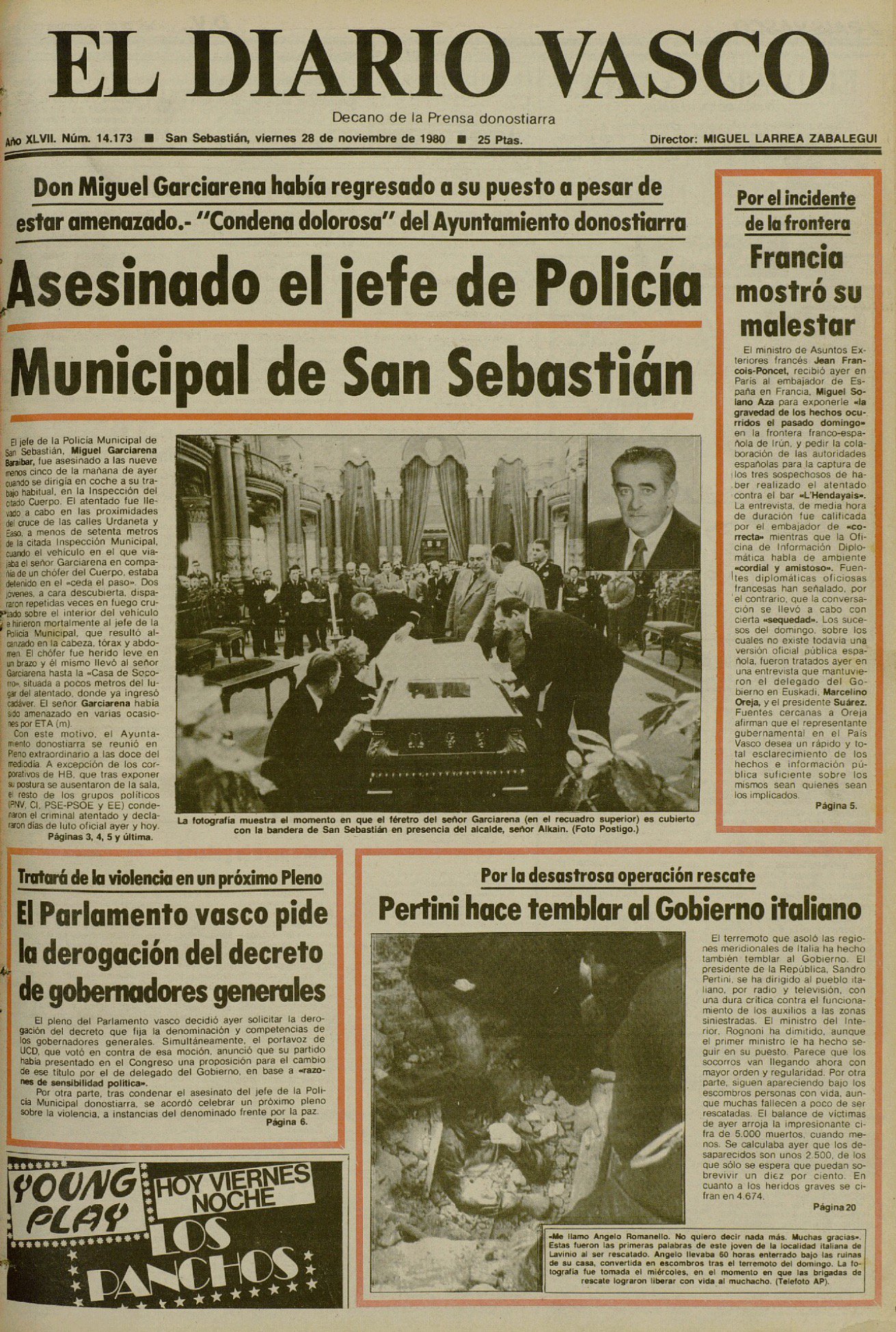 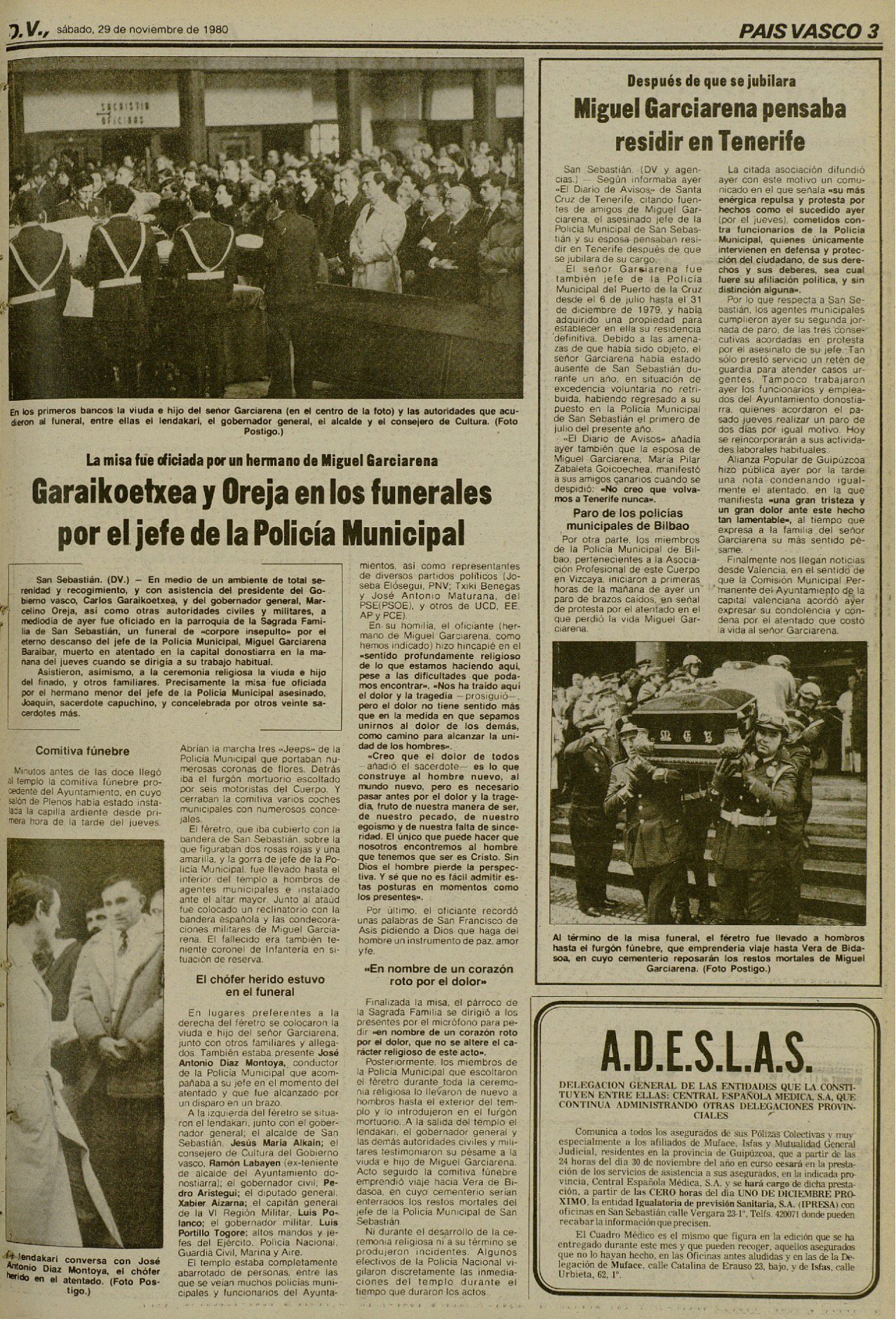 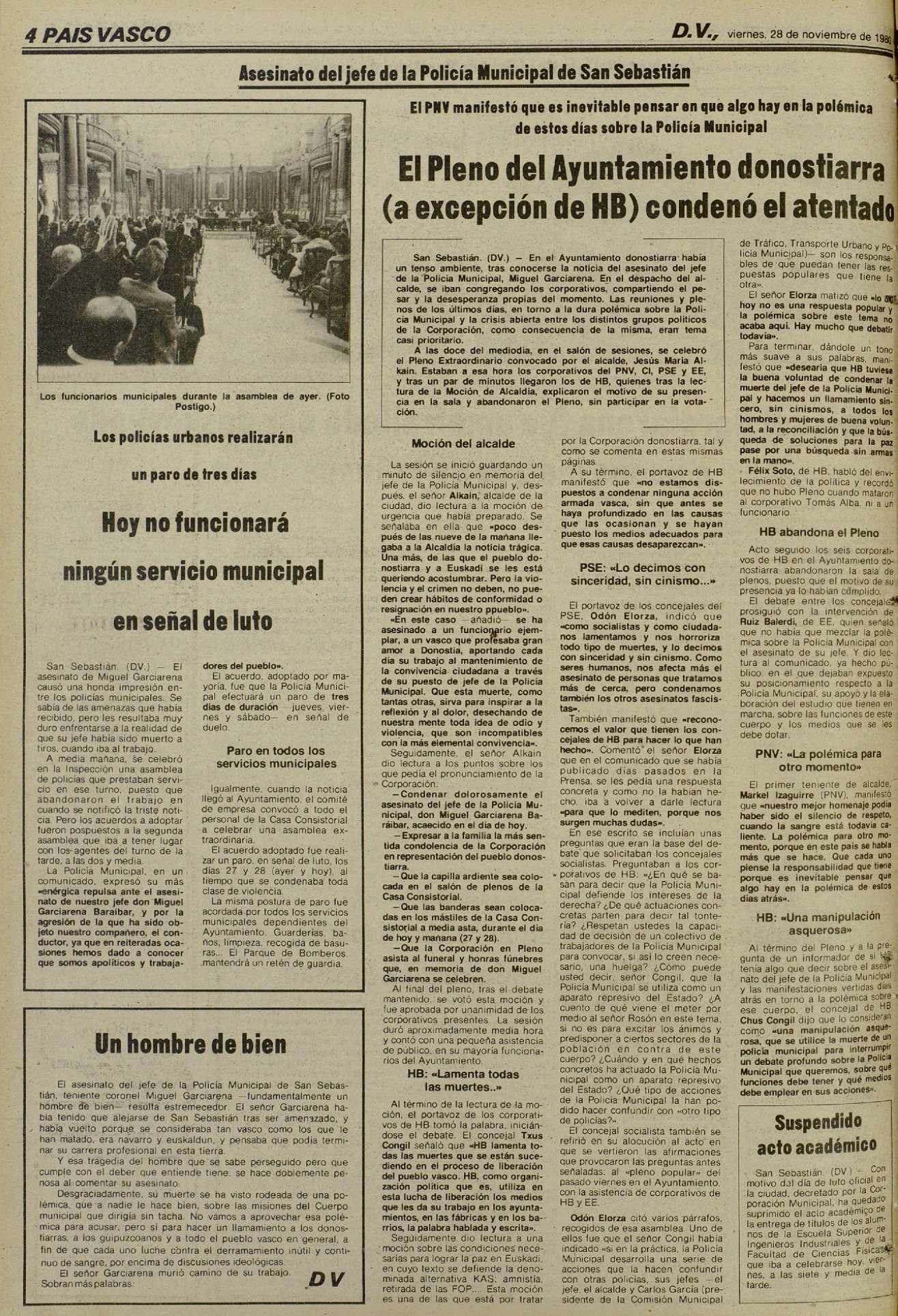 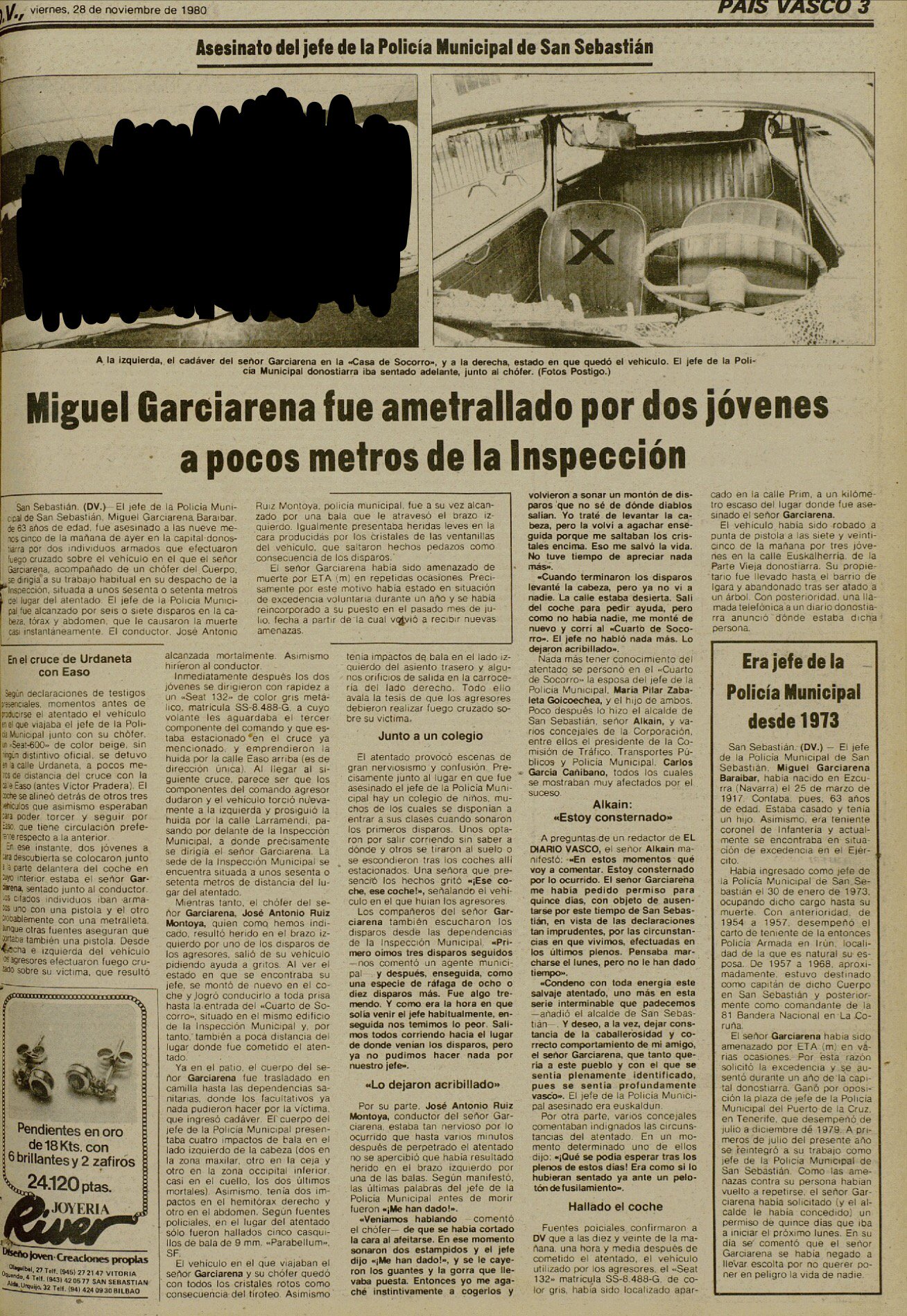