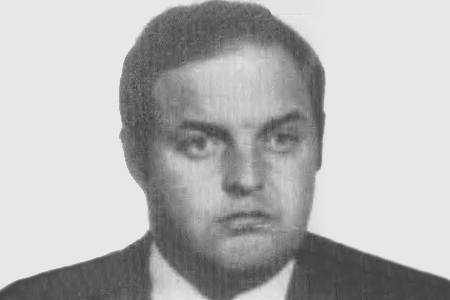 Miguel Francisco Solaun Angulo was sitting with his wife and two daughters in a small café. At 2.25 pm, two teenagers who had come in a few minutes earlier went to the toilets. When they came out, one of them shot Miguel Francisco in the back at point-blank range. The bullet pierced his skull and he fell down beside the stool at the bar. His killers, who appeared to be minors, fled pistol in hand, pursued at some distance by a witness, who was unable to catch up with them.

The victim had belonged to ETA in the 1960s and had served time in prison in Basauri, from where he managed to escape in 1970. He escaped to France where he lived until an Amnesty Law was passed in 1977. He then returned to the Basque Country to devote himself to his family and work.

Before his murder, ETA had asked him to allow explosives to be planted on the construction site of a building he was in charge of, which was to be used as Civil Guard housing. Solaun allowed the bomb to be planted on 13 March 1981. However, aware that it was to go off on the day of the official opening, when authorities and members of the Civil Guard would be present, and might cause a massacre, he phoned in a warning and the officers were able to locate the explosives.

Solaun was arrested for collaborating with ETA and was sentenced to four years in prison, which he served in Soria. There he was beaten for being a “traitor” and had to be protected by other prisoners. He was finally released because of the risk to his life and, although he tried to flee the Basque Country to escape the danger, he was killed on 4 February 1984. 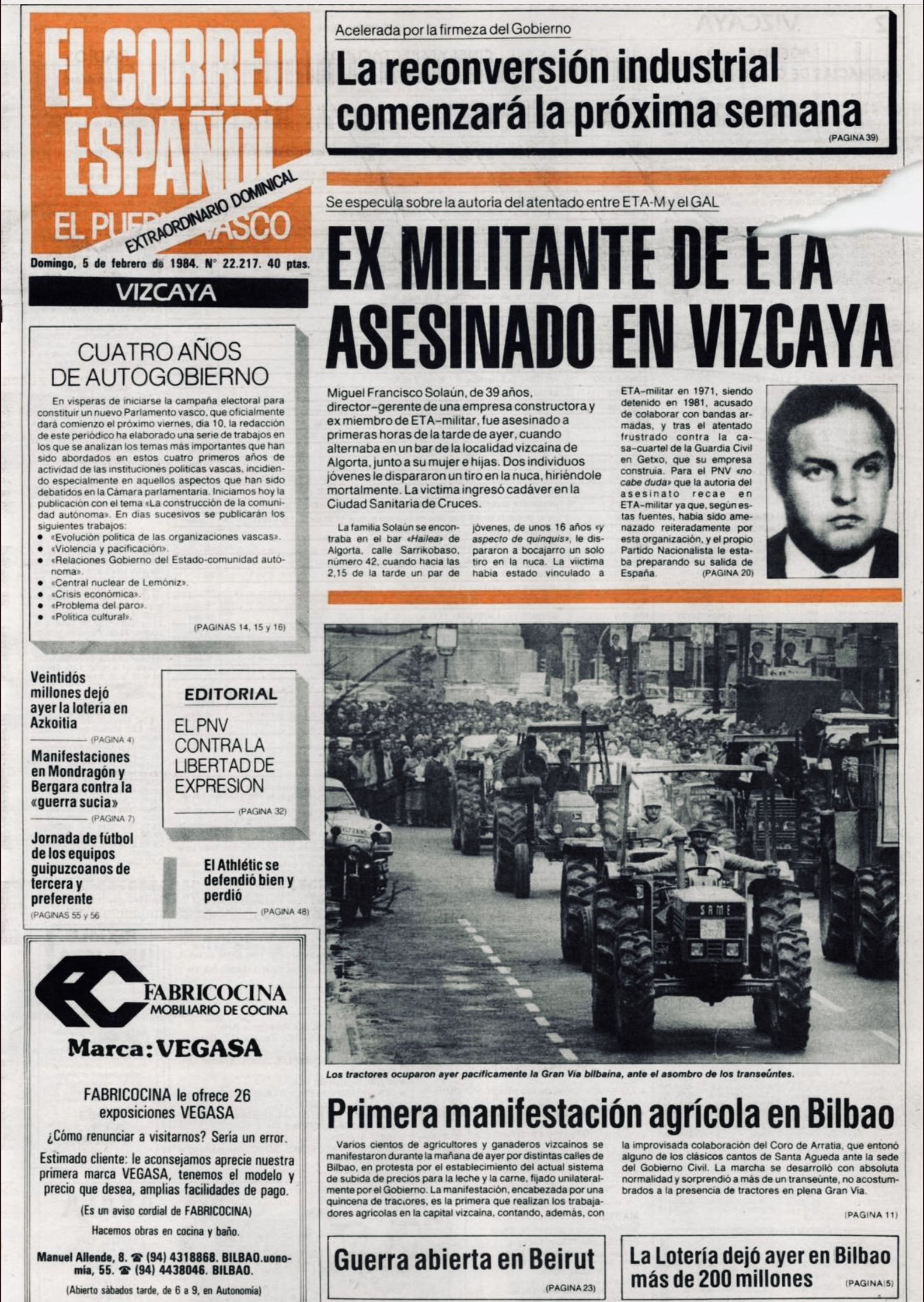 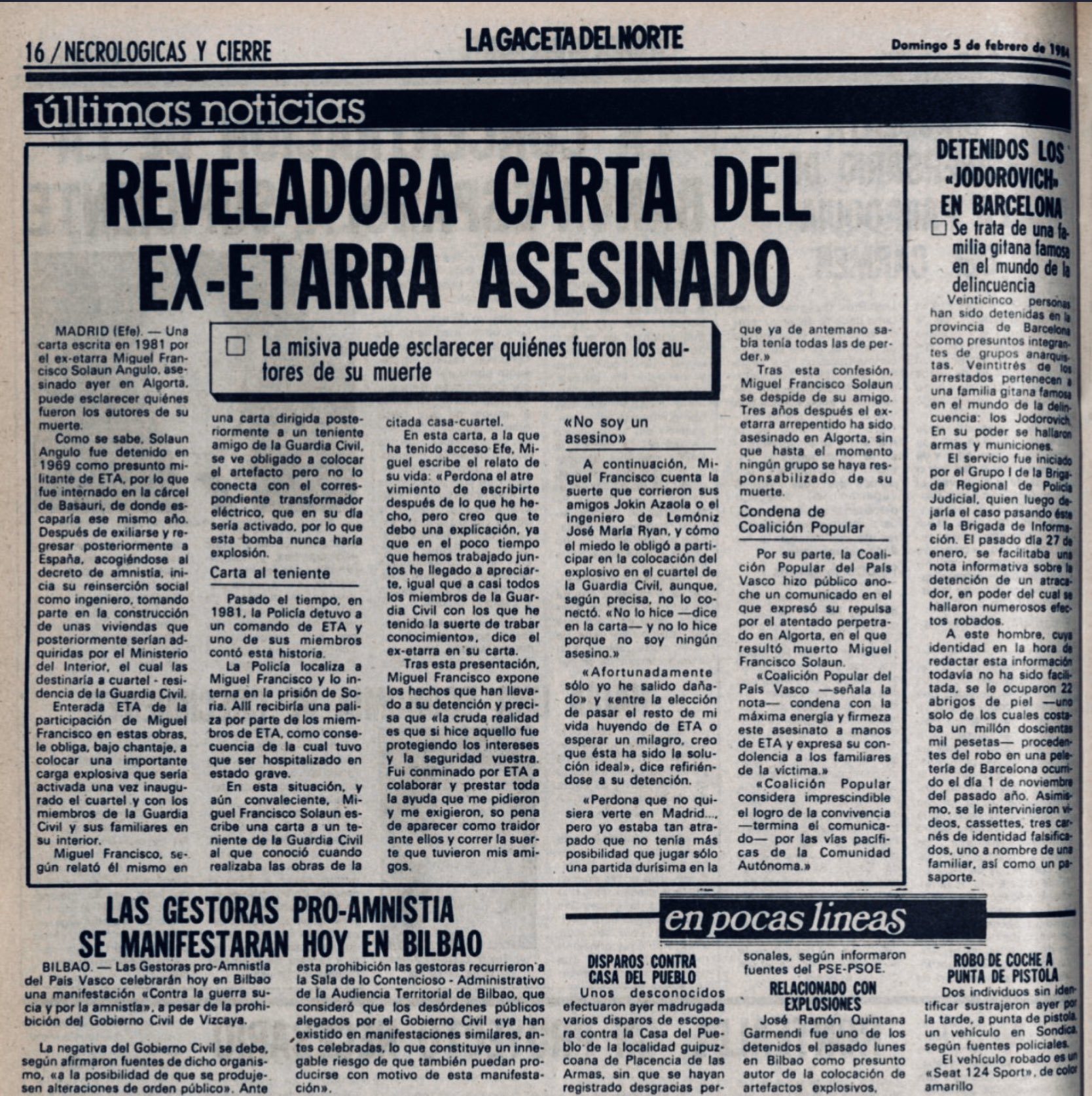 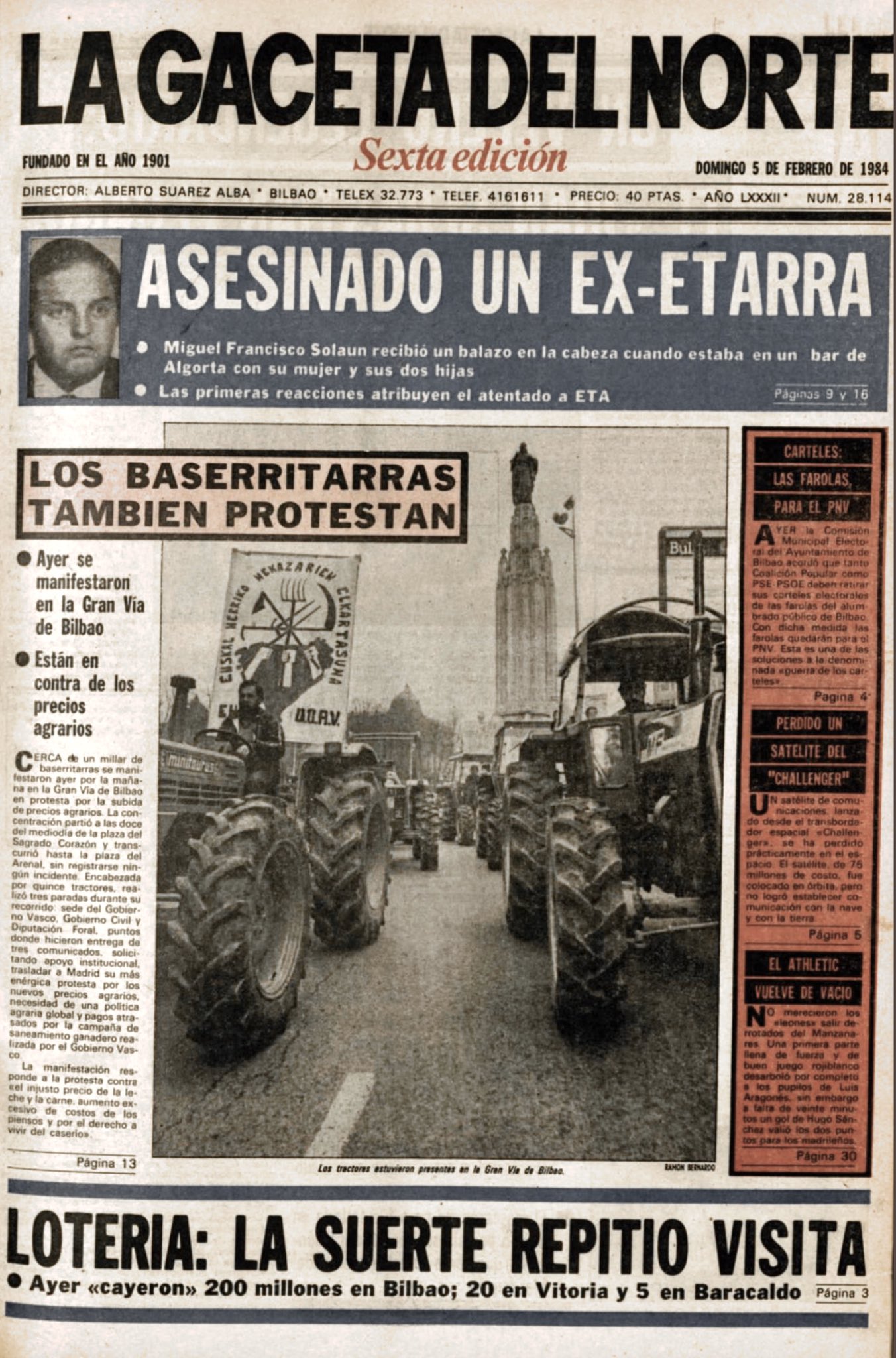 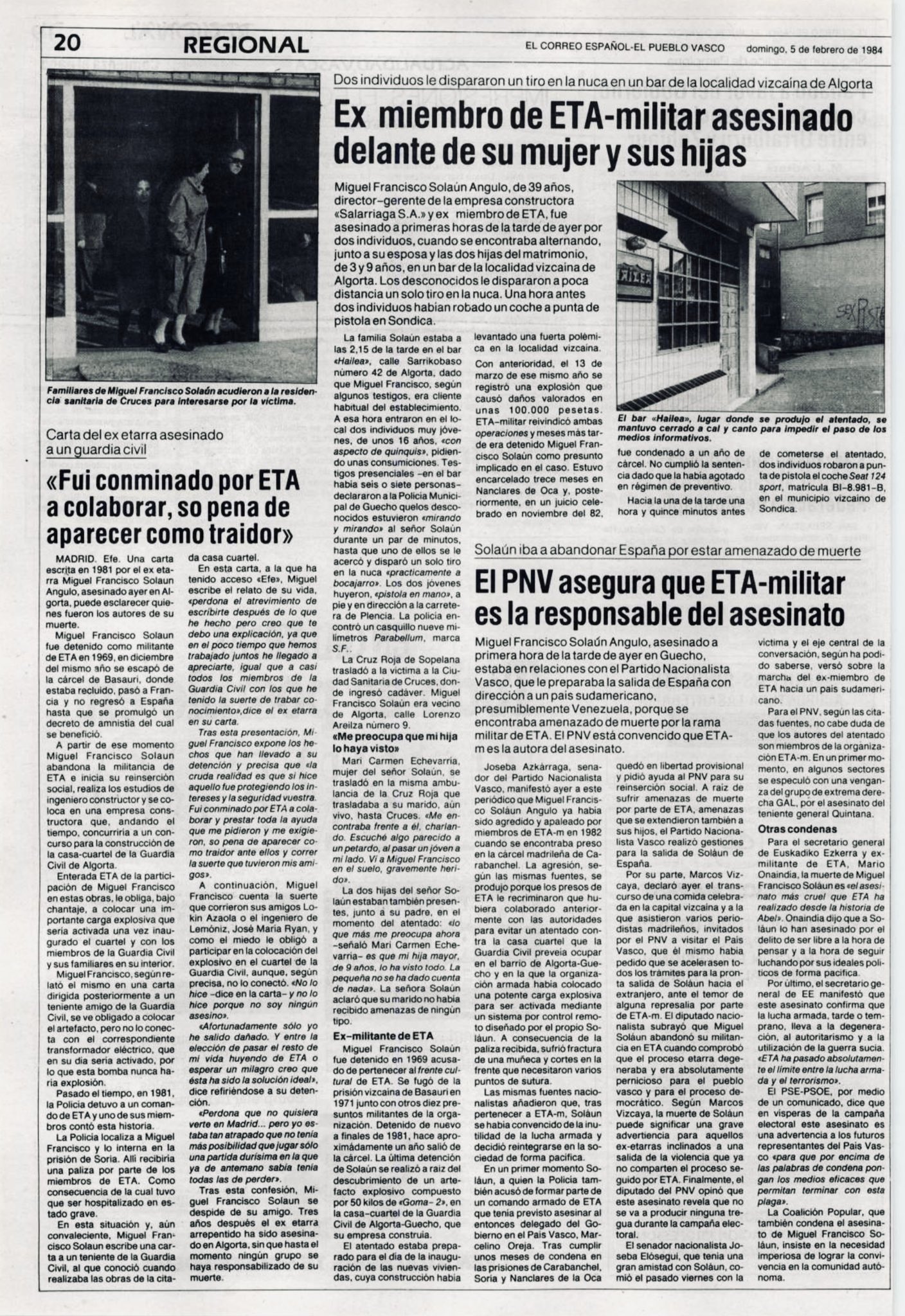