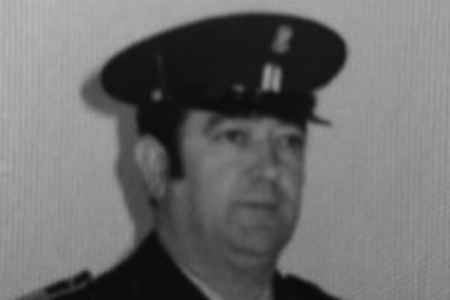 On 9 March 1979, while he was reading the newspaper in an office at the Beasáin police station, two terrorists entered and shot him nine times at close range. The victim had been working in Beasain for over twenty-one years. Two years before he had been promoted from corporal to sergeant. There were no witnesses to the attack and no one heard the shots. 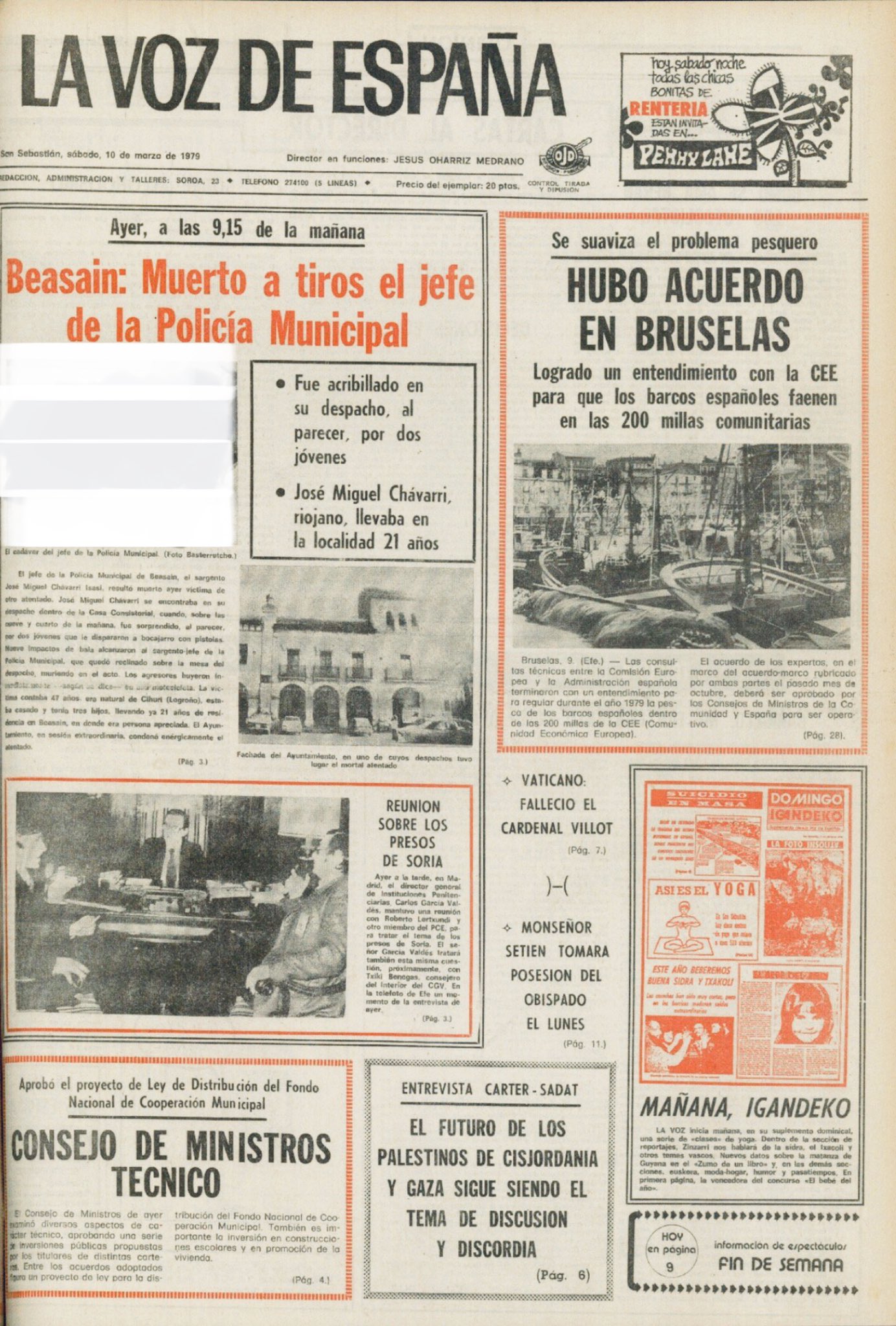 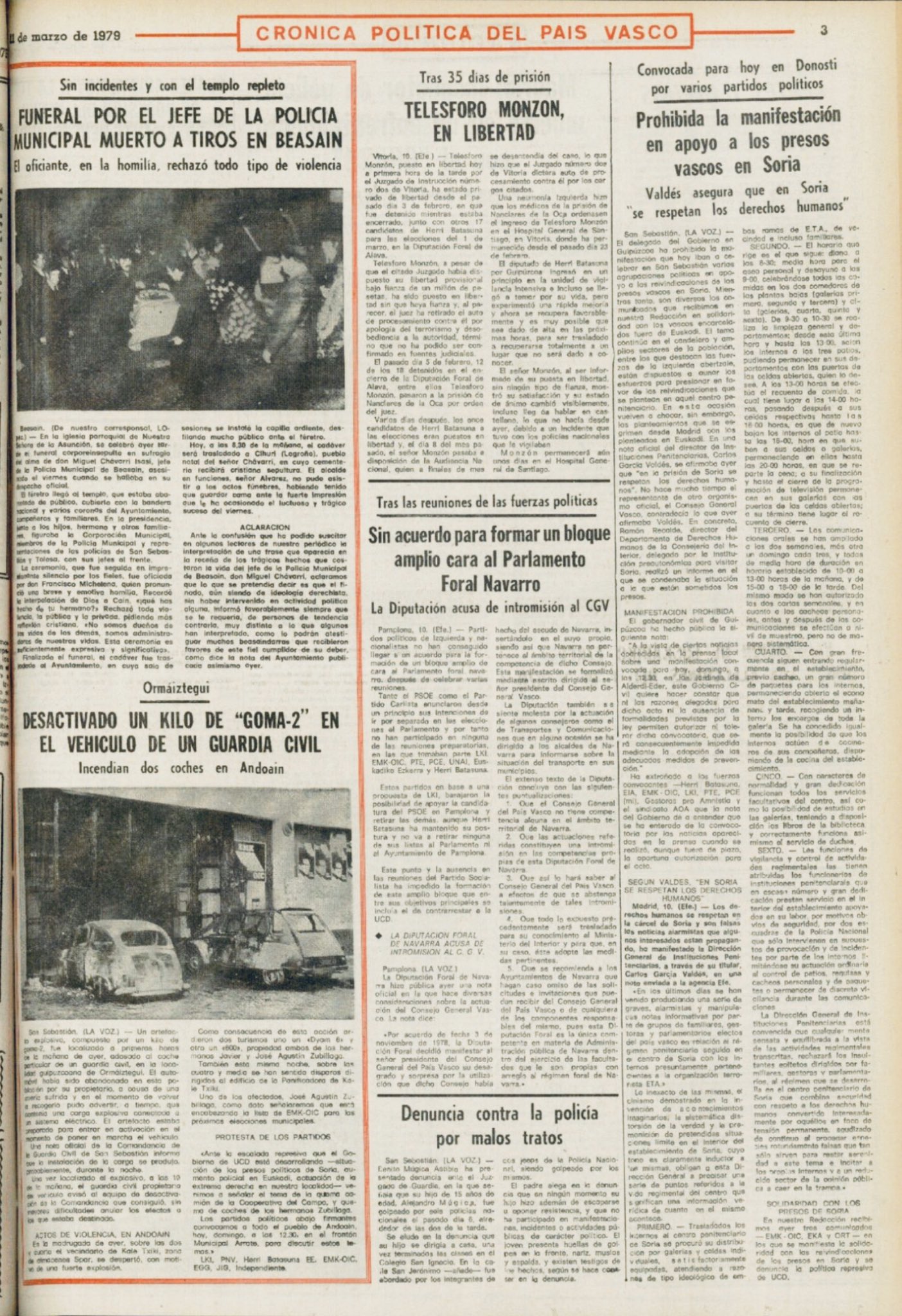 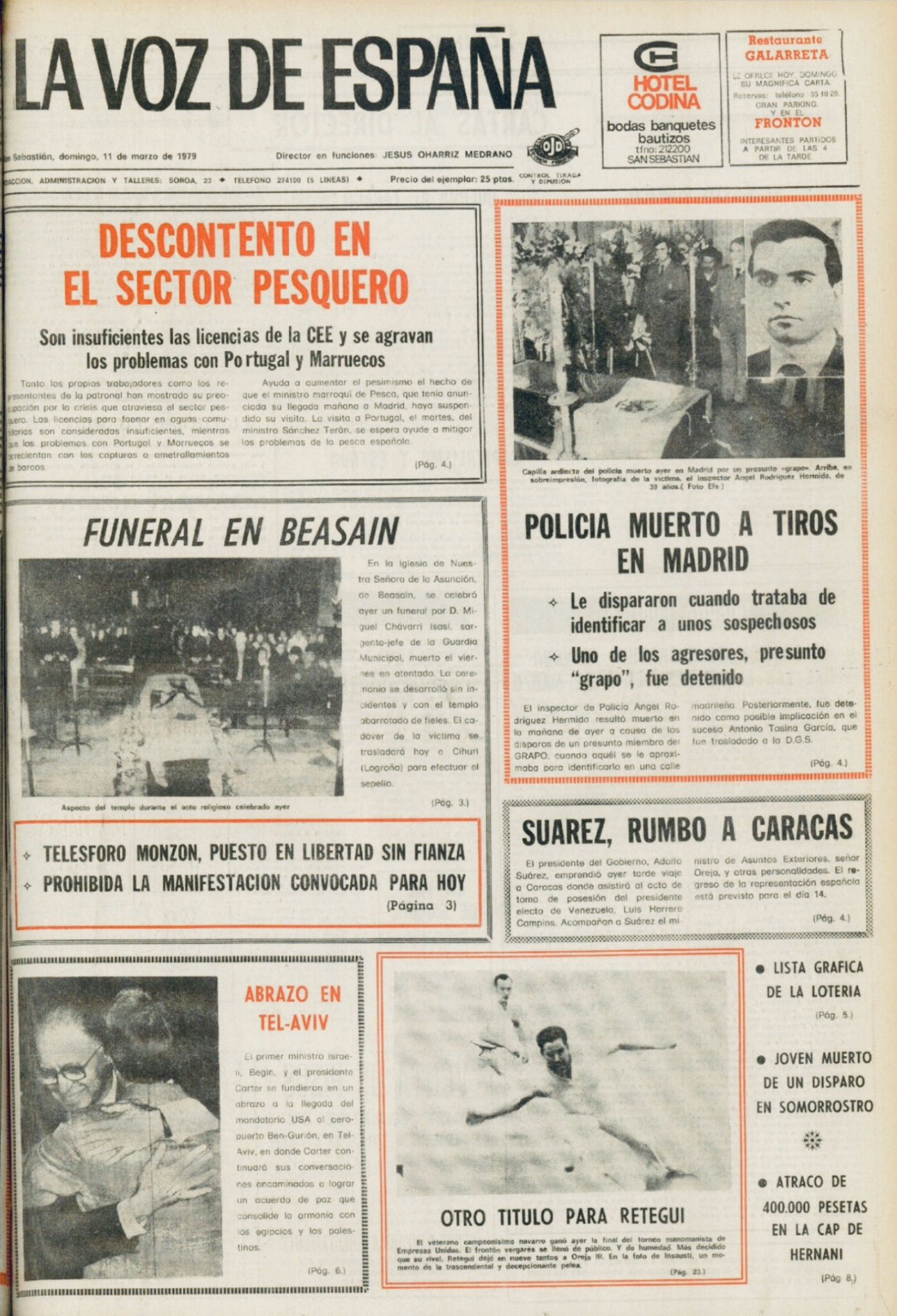 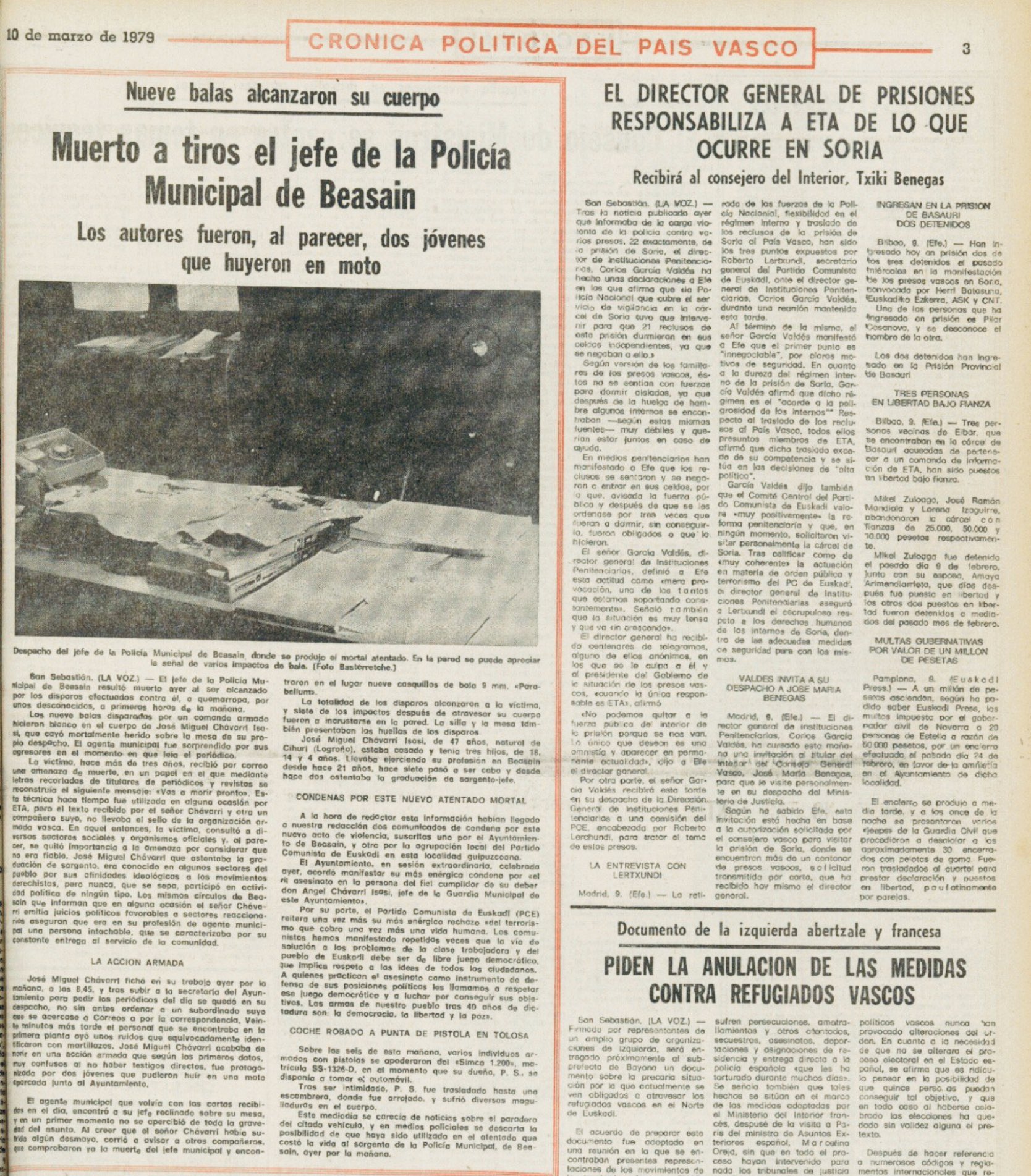