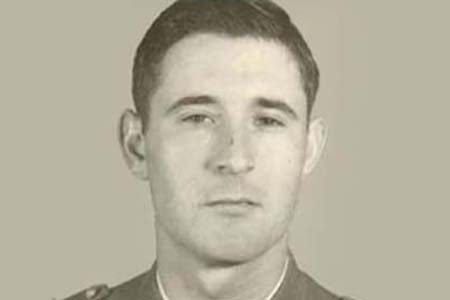 GRAPO (the Grupo de Resistencia Antifascista Primero de Octubre or First of October Anti-Fascist Resistance Group) chose 1 October 1975 to make their debut. In the early morning they perpetrated four attacks against officers of the Armed Police who were guarding bank offices in different areas of Madrid. One of them was Miguel Castilla Martín, who worked in a branch of the Caja de Ahorros y Monte de Piedad savings bank. Two young men entered the office and shot him at point-blank range. The officer was taken to the La Paz hospital campus, where he underwent several operations over the following days. The bullet had entered through his neck and lodged in his head. Miguel Castilla eventually died on 8 October.