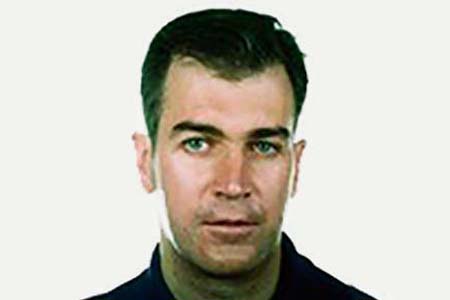 Born in: Madrid
Age: 34
Offspring: 0
Marital status: Single
Job: Mechanic in the central factory of Deutz Iberia
Date of the attack: 11/03/2004
Place of the attack: Madrid
Weapon: Others explosives
Killed by: Islamic terrorism

The 11 March attacks put paid to all of Miguel Ángel’s plans. He had almost finished his apartment and was about to move in with his girlfriend, whom he had been dating for 16 years. Meanwhile, he was still living with his mother and his siblings in the Valdilecha district, in the southeast of Madrid. From there he took the suburban train each day to go to work as a mechanic in the central factory of Deutz Iberia, in Tres Cantos, Madrid.

On the train, he used to read about mechanics, his great passion. He was a specialist in diesel tractor engines and loved signing up for training courses. His family were informed of his fate by telephone.