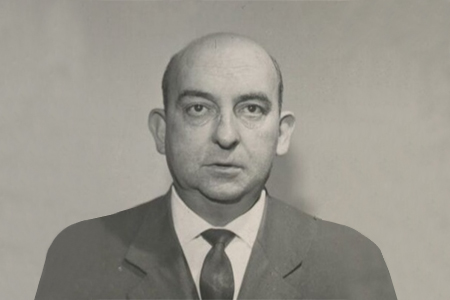 On 2 August 1968, members of ETA assassinated Melitón Manzanas González, the chief inspector of the police’s Social Investigation Brigade in the town of Irún (Guipúzcoa). The Social Investigation Brigade was Franco’s secret police, with responsibility for suppressing opposition elements. Melitón Manzanas had been accused by dissidents of torturing detainees.

It was the first premeditated assassination carried out by the terrorist group and took place almost two months after terrorist Txabi Etxebarrieta had killed civil guard José Antonio Pardines Arcay. That day, Etxebarrieta and his partner Iñaki Sarasketa had been on their way to San Sebastián to prepare the assassination of Melitón Manzanas, when they were stopped by Pardines at a roadblock. Etxebarrieta killed the civil guard, who became the first victim of ETA. Melitón Manzanas was the group’s second victim, and the first Basque to be killed by the organisation.

Etxebarrieta was killed in a confrontation with the Civil Guard hours after killing Pardines but ETA’s central committee (the Biltzar Tzipia) decided to go ahead with plans to assassinate Manzanas. They also planned to kill his counterpart in the neighbouring province of Vizcaya, although this attack was never carried out.

In ETA circles, the assassination of Inspector Melitón Manzanas was referred to as “Operation Sagarra” (“sagarra” and “manzana” mean “apple” in Basque and Spanish respectively). Around half past three in the afternoon of 2 August 1968, when Melitón Manzanas had just arrived home, the terrorist Xabier Izko shot him in the back in front of his wife and daughter, killing him instantly. Izko had been lying in wait for him in the cellar of his house. Police later found seven shell casings and four 7.65-millimetre bullets at the scene. There was one bullet hole in the door and two in the wall. The forensic report showed that he had been hit five times, three times in the head and confirmed that he had died instantly.