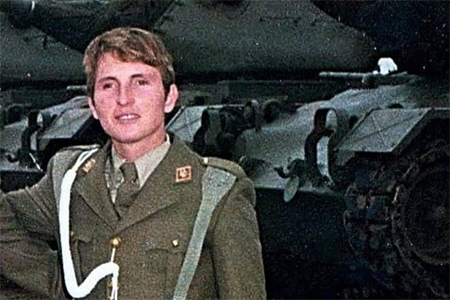 Mariano de Juan Santamaría was walking home from the recruiting centre at the Loyola barracks, when an ETA terrorist alighted from a vehicle in which two other members of the gang were travelling, walked up behind the victim and shot him in the back of the head. A bullet casing was found next to his body. The killer immediately returned to the car, with the other two terrorists providing cover, and fled in the direction of the Eguía district. 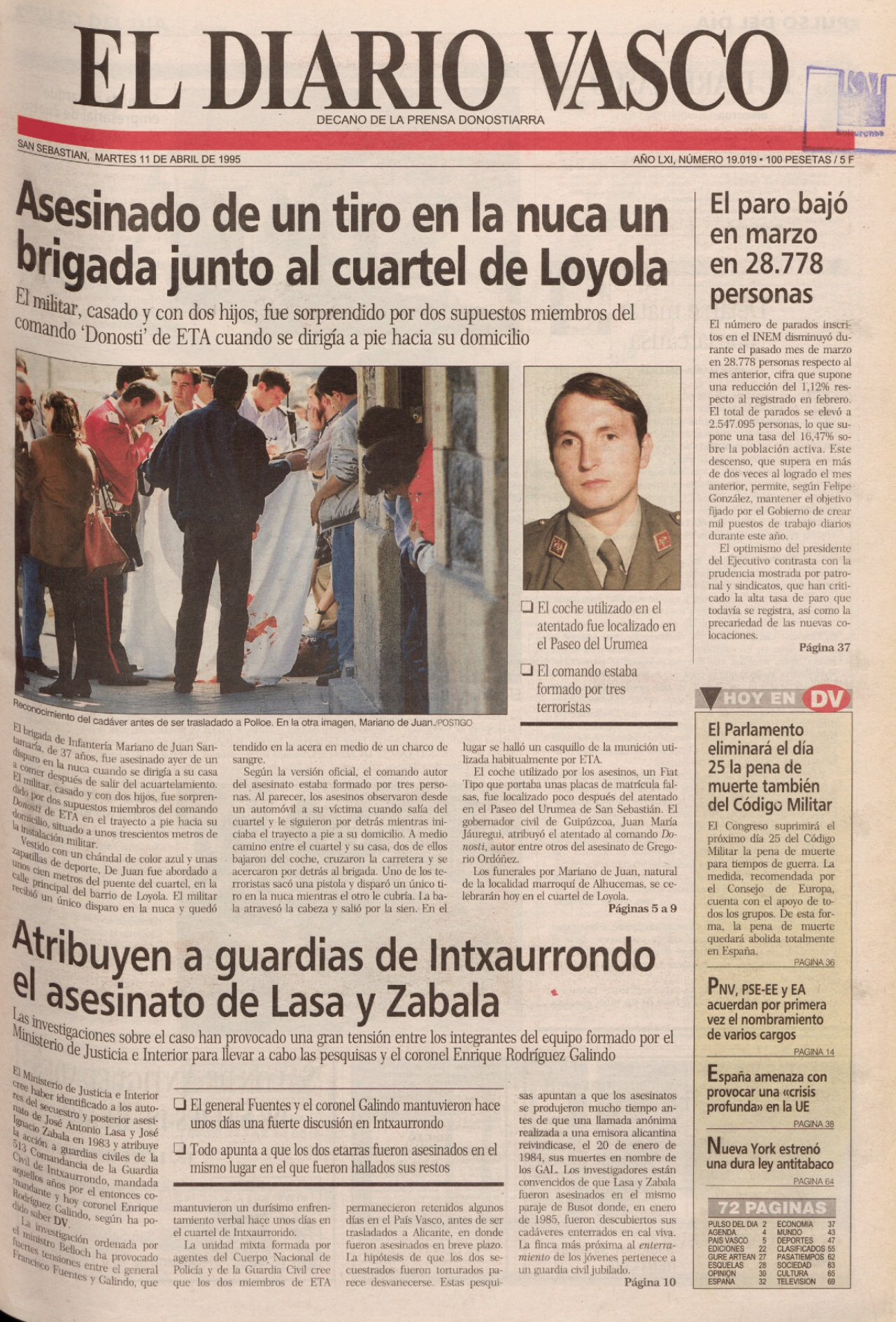 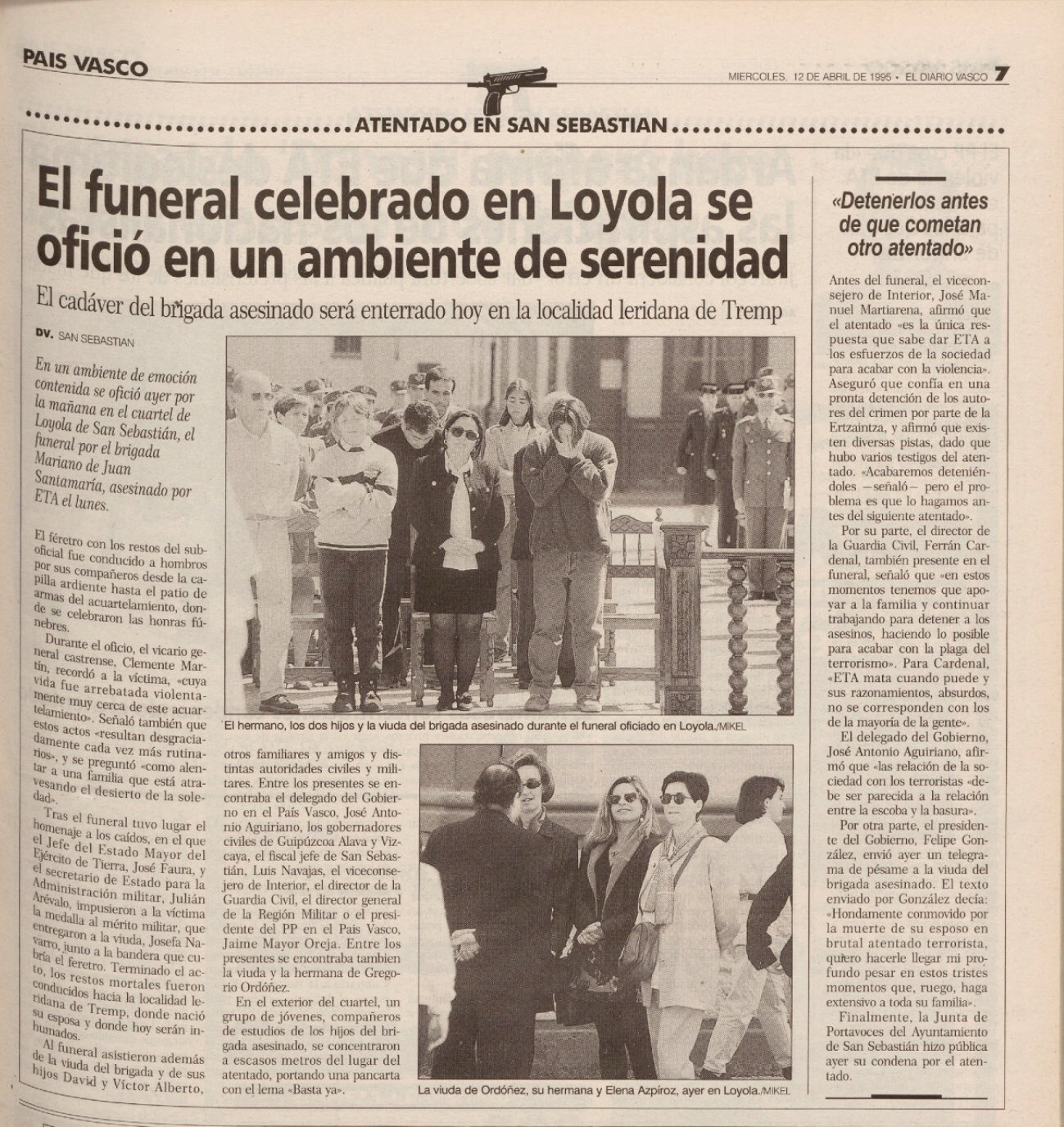 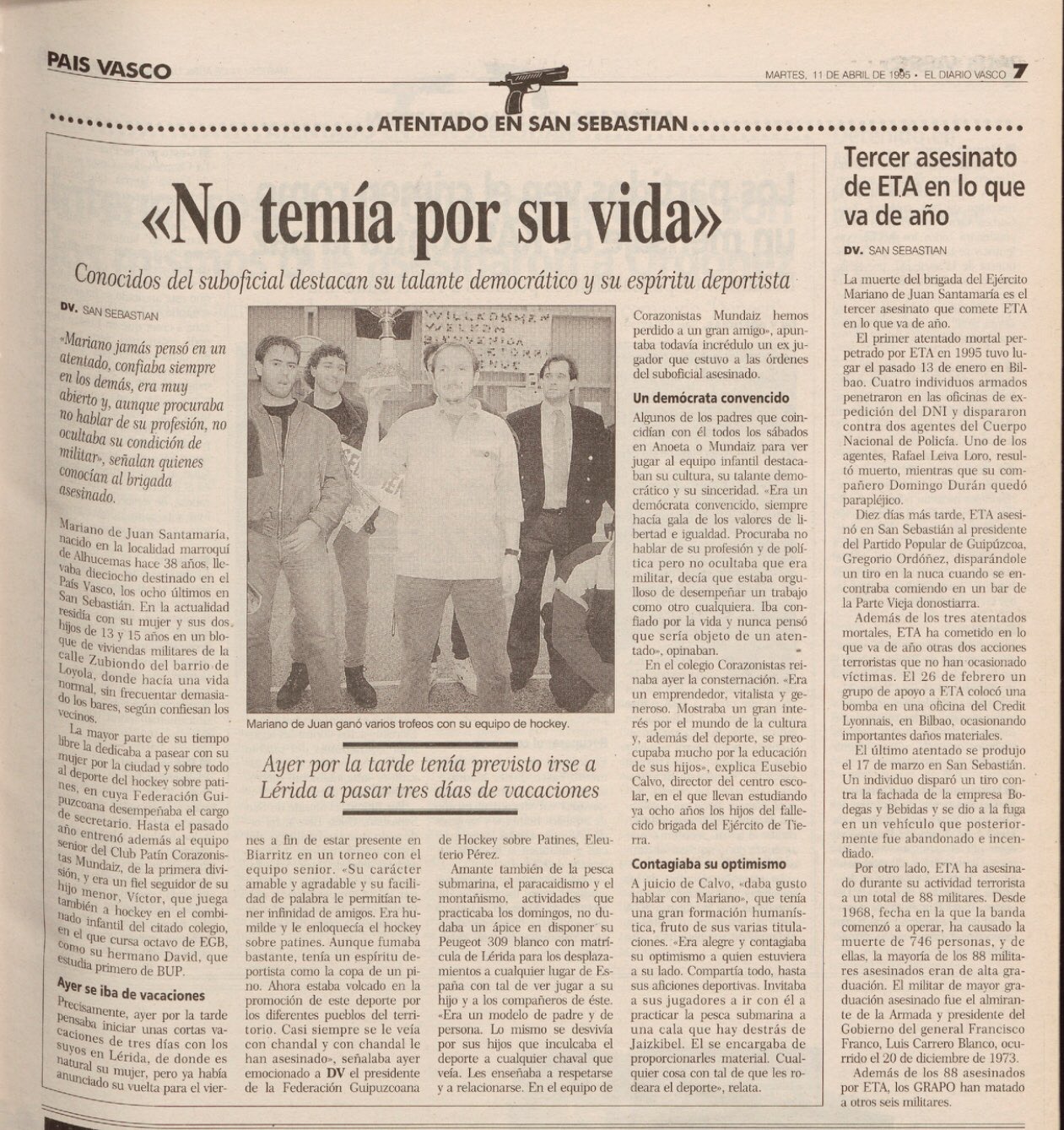 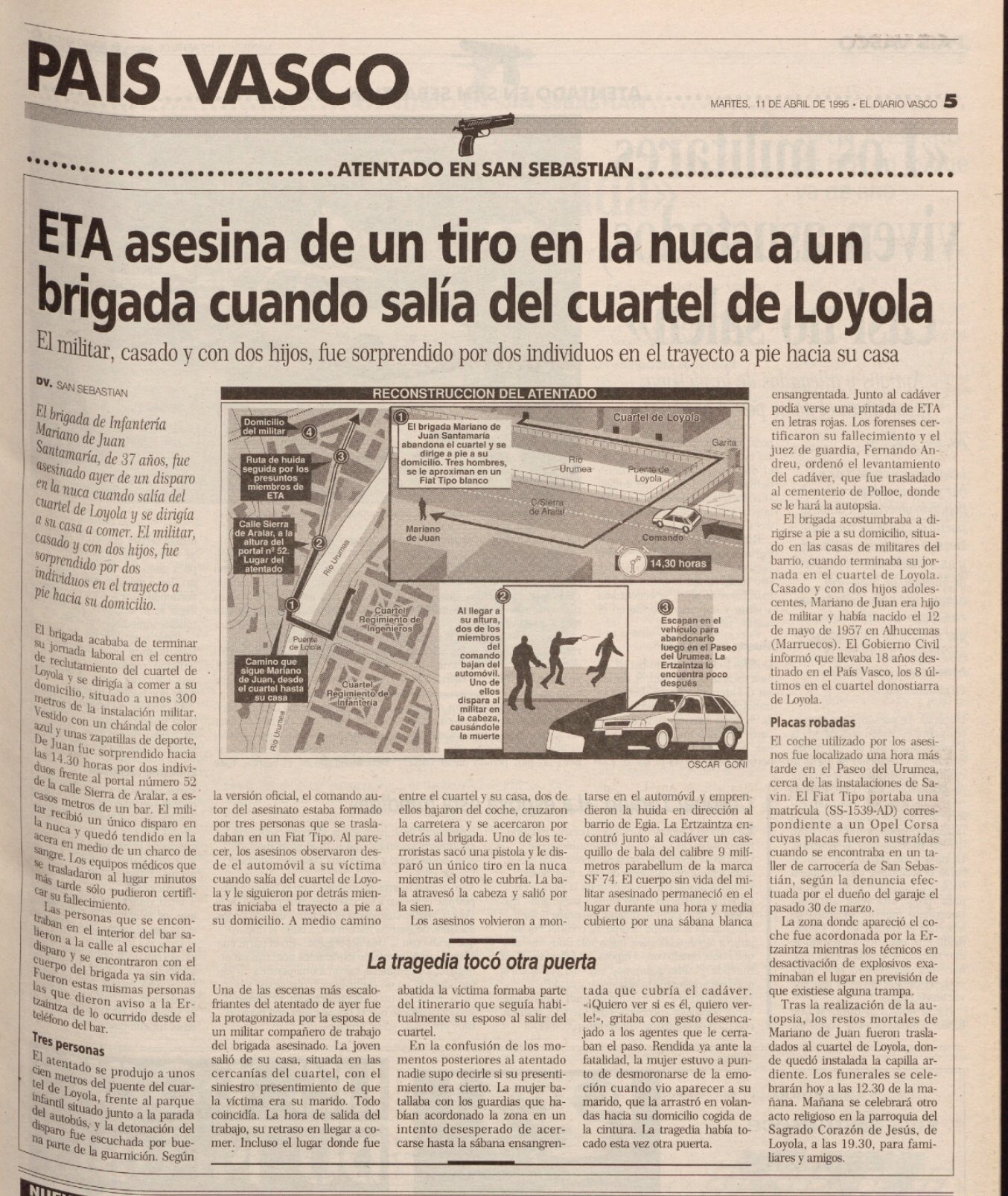