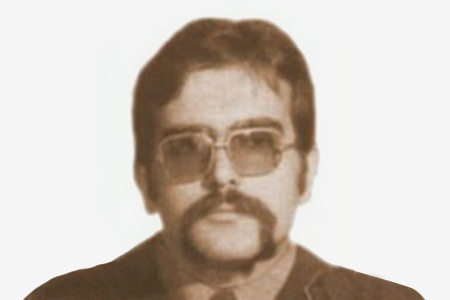 Mariano Criado Ramajo and three other officers were leaving through the back gate of the Berazubi football stadium in Toledo, barely a minute after the match ended, when he was gunned down by members of ETA. Mariano was hit in the neck and killed instantly. Panic ensued in the stadium. His colleagues managed to take cover behind the visiting team’s bus and return fire, but civil guard Antonio Pinel Romero and a boy, Jesús Orbegozo Beristain, were also wounded.

At the time of the attack, Mariano Criado’s wife was in labour in a hospital in Cáceres. 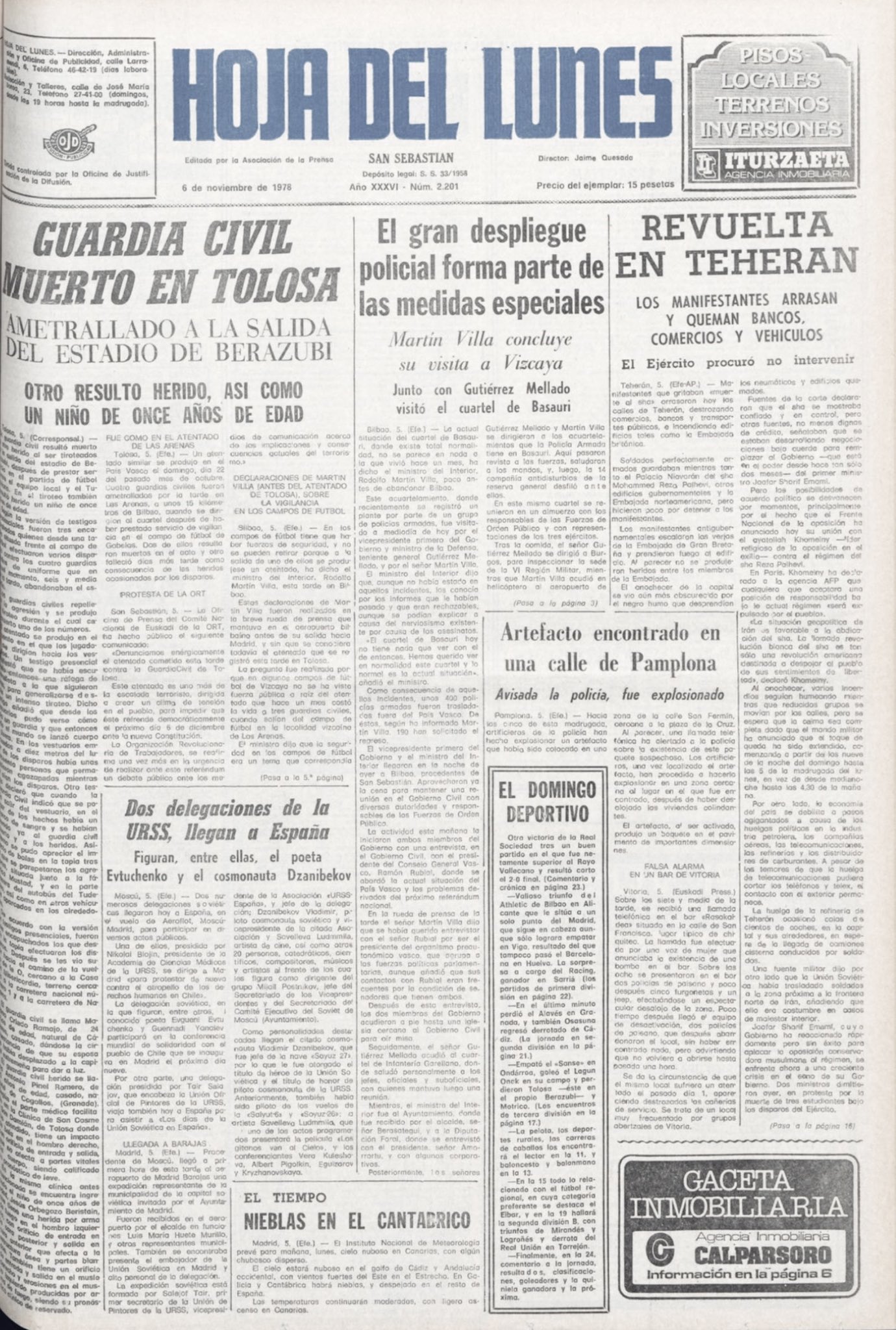 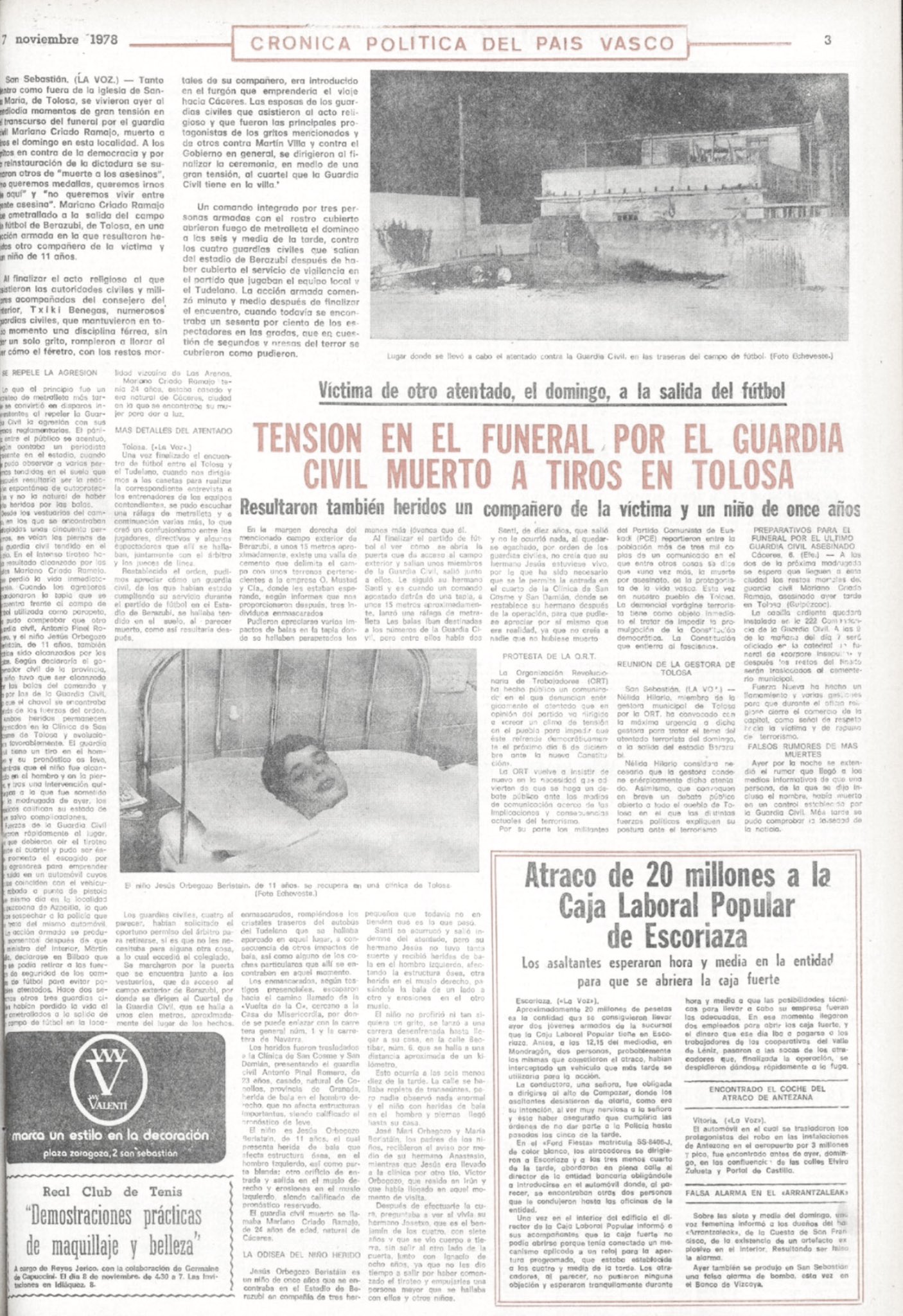 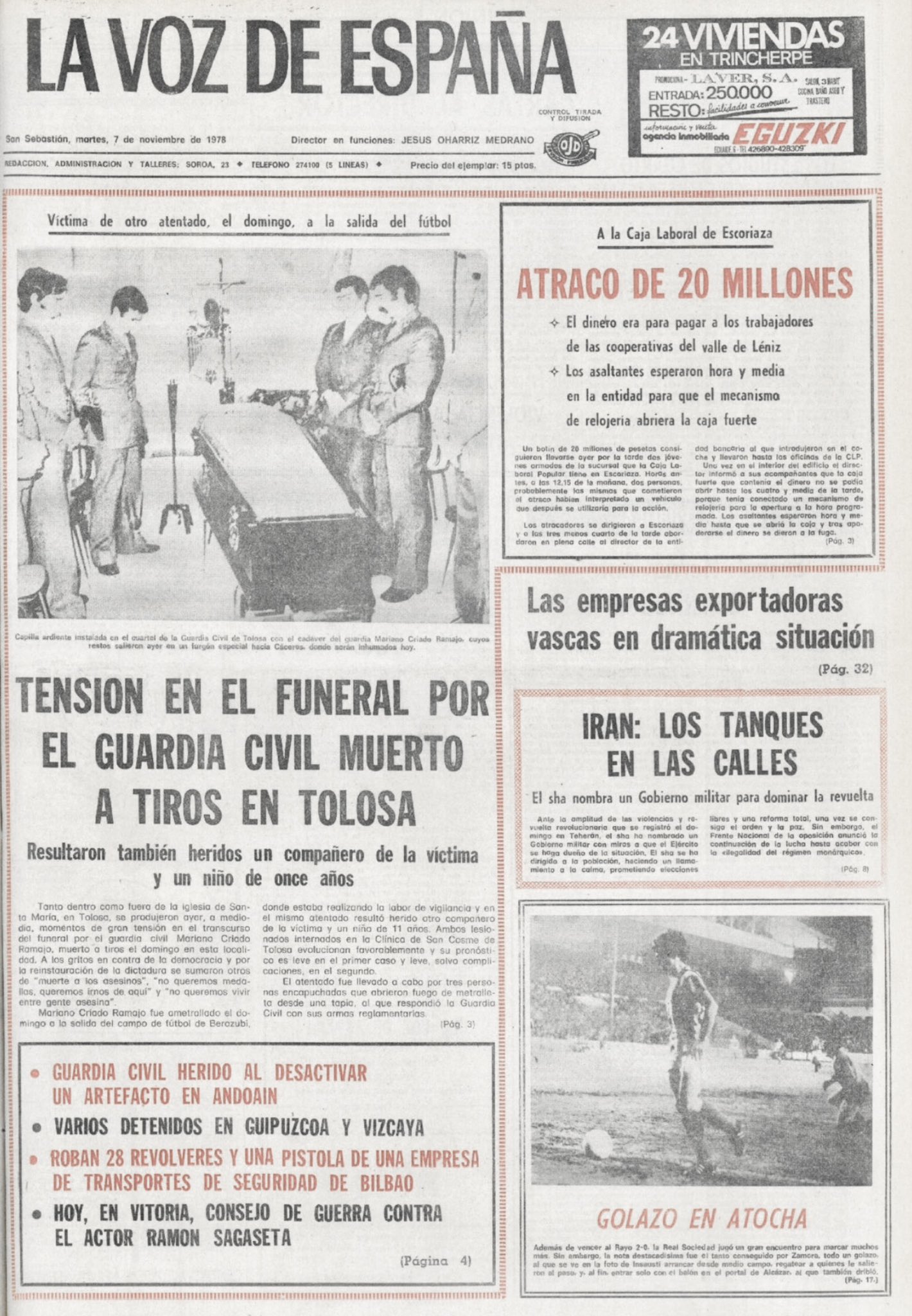