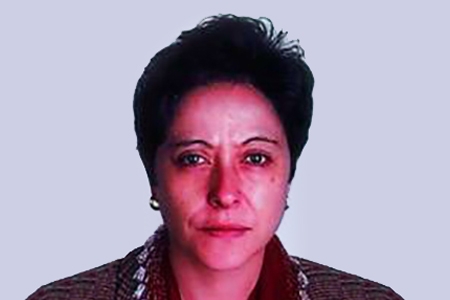 A photo of María Teresa Tudanca, sitting seriously injured against a wall at Atocha station was widely published in the media following the 11 March attacks. She suffered a severe traumatic brain injury and died 18 days later at the Doce de Octubre Hospital. She lived in Alcalá de Henares with her husband and her 26-year-old son. From there he travelled each day by train to the bank branch where she worked. She loved historical literature and spent her commuting time reading.