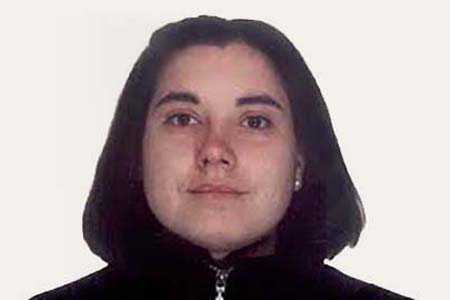 Born in: Madrid
Age: 28
Offspring: 0
Marital status: Single
Job: Teleoperator in the information department of the Tax Agency
Date of the attack: 11/03/2004
Place of the attack: Madrid
Weapon: Others explosives
Killed by: Islamic terrorism

María Pilar Pérez was 28 years old and had been working for a month as a temporary employee at the revenue office. She spent much of her free time studying for a permanent position. She lived in Coslada with her mother and brother. Her father had died when she was 14. Her body was identified thanks to the photograph of her nephew that she was carrying in her handbag.