In the early morning of 11 October 1990, two men and a woman from the Guerrilla Army of the Free Galician People (Exército Guerrilheiro do Povo Galego Ceive, EGPGC) entered the popular discotheque “Clangor”, on the outskirts of Santiago de Compostela carrying an explosive device and took up position close to a loudspeaker, next to some tiers of seats. At around 4.30 am, vibration from the loudspeakers detonated the device prematurely.

At the time there were nearly two hundred young people in the room, mostly students. The explosion killed two of the terrorists and a young woman sitting close to them, María Mercedes Domínguez Rodríguez, who was on a night out. At least 49 people were wounded, five of them seriously, and the premises was destroyed. The third terrorist fled the scene. That same day, another five companies in Pontevedra suffered attacks without victims. 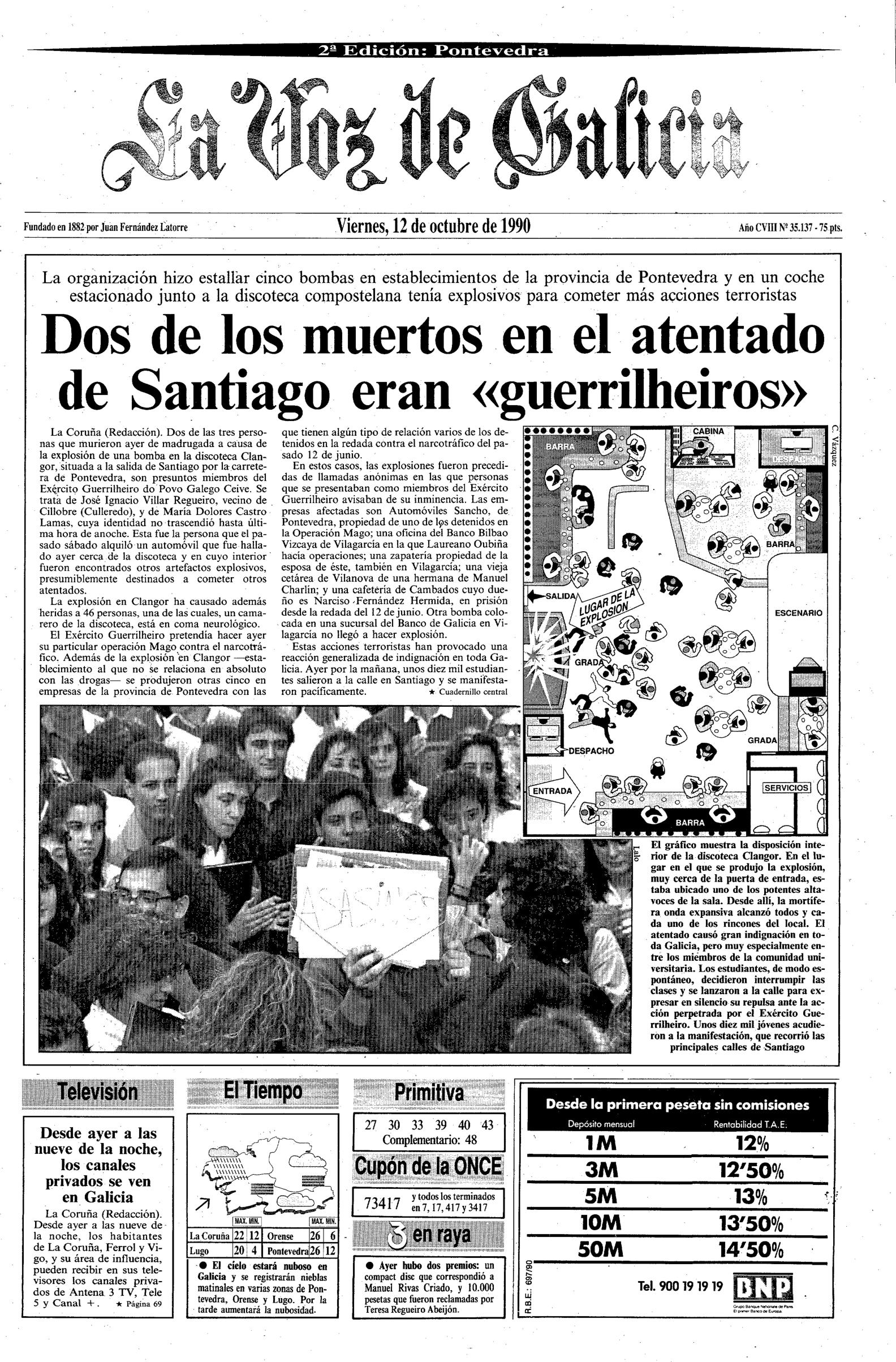 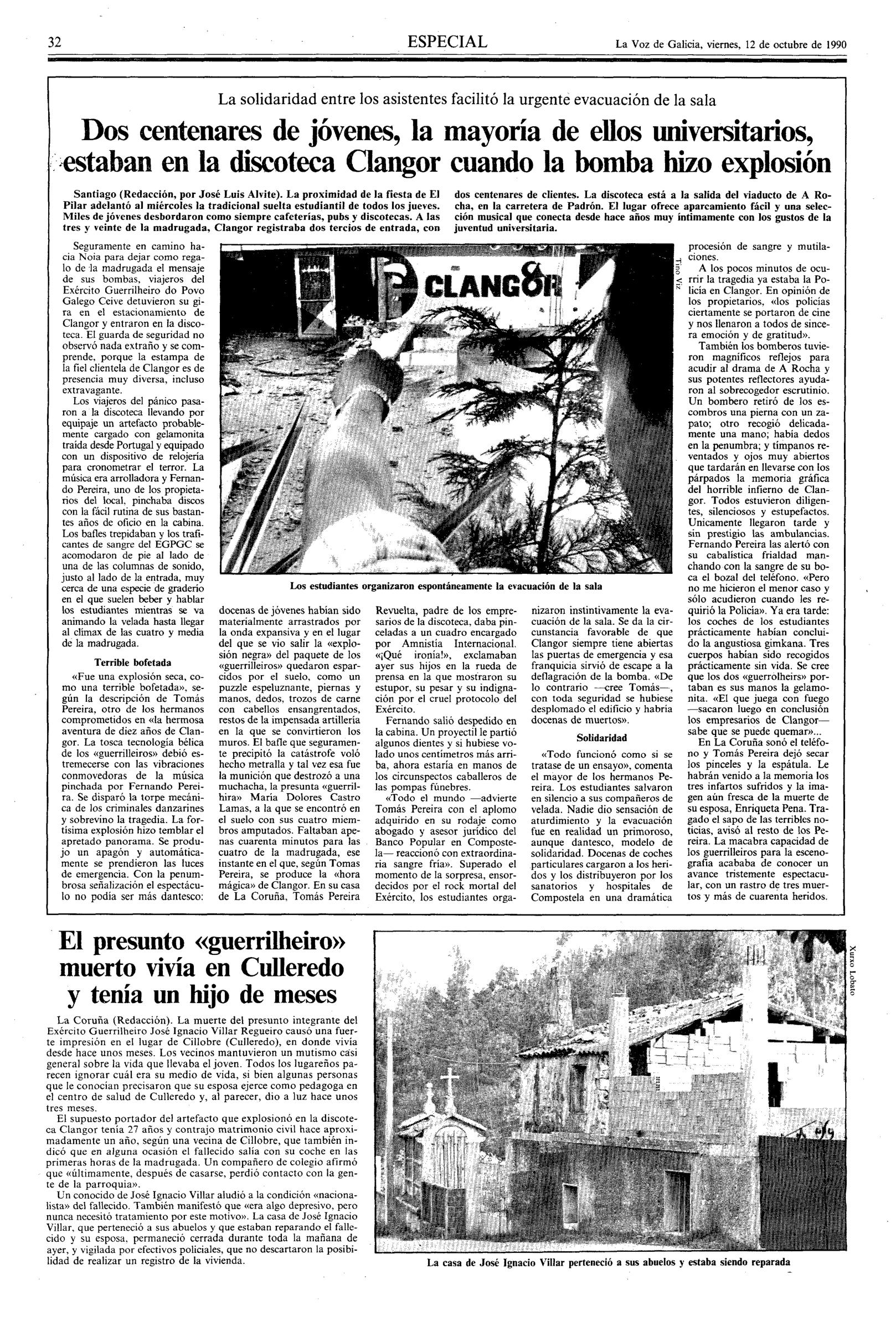 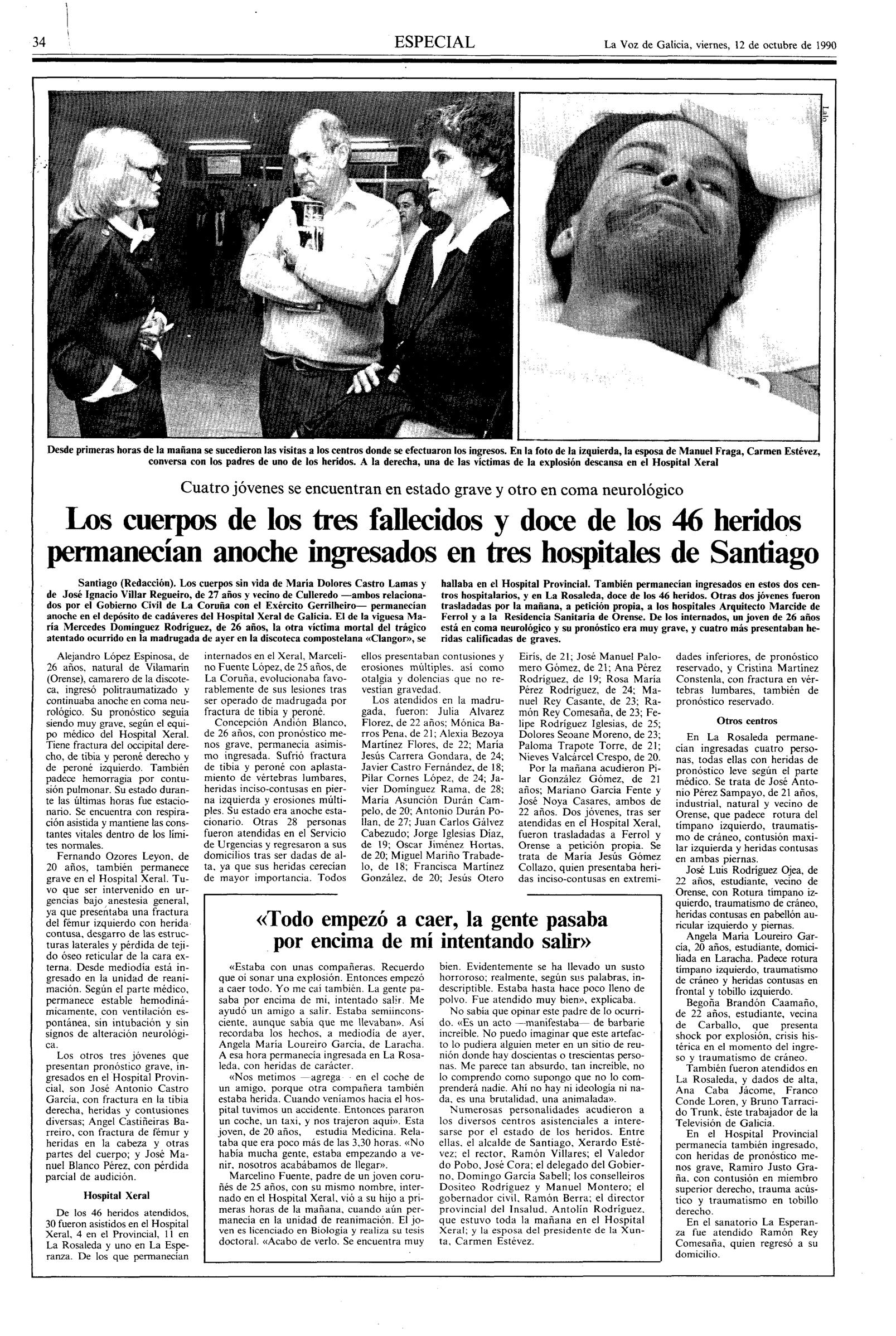