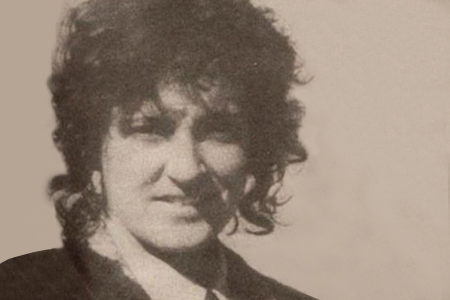 Born in: Euskadi
Age: 17
Offspring: 0
Marital status: Single
Job: Student
Date of the attack: 15/04/1991
Place of the attack: Donostia
Weapon: Bomb attached to the underside of the car
Killed by: ETA

María del Coro Villamudria Sánchez was the daughter of national policeman Jesús Villamudria Lara. That morning, he was about to take his four children to school. Coro (17) climbed into the car, closing the door behind her. The vibration set off an explosive device. Her father had not had time to check under the car for bombs.

Coro suffered fatal burns and died at the San Sebastián hospital. Her three siblings and father were seriously injured. Her mother witnessed the attack.

The family had escaped unharmed from two other ETA attacks in the past. In the first incident, members of the group had thrown grenades at a building occupied by the police in the Txintxerpe district. As a result, Coro’s father had requested a transfer out of the Basque Country.