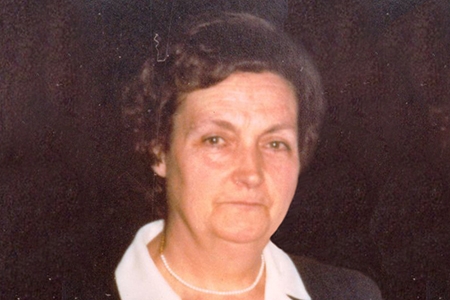 María Cruz Yoldi (62) had worked for fourteen years delivering the Diario de Navarra newspaper in the Segundo Ensanche district of Pamplona. After raising seven children, one of whom had died, she was now close to retirement. On the morning of 17 October, she left her home on Calle Mayor, in the old quarter, very early in the morning. A device which had been planted hours earlier by an ETA unit went off as she was passing No. 5, Calle Cortes de Navarra, near the offices of the insurance company La Unión y el Fénix Español. María Cruz was blown ten metres along the road, landing under the bumper of a nearby vehicle. The emergency services had to retrieve some of her remains from the cornices of adjacent buildings. Her husband, Gregorio Eguíluz, barely spoke again after the attack and died five months later. According to their children, “he died of grief”. 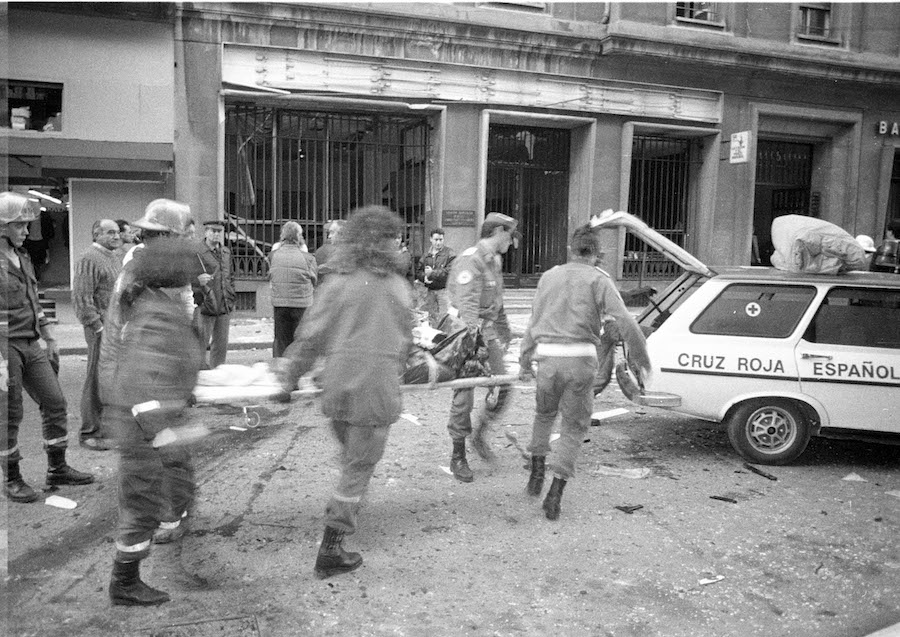 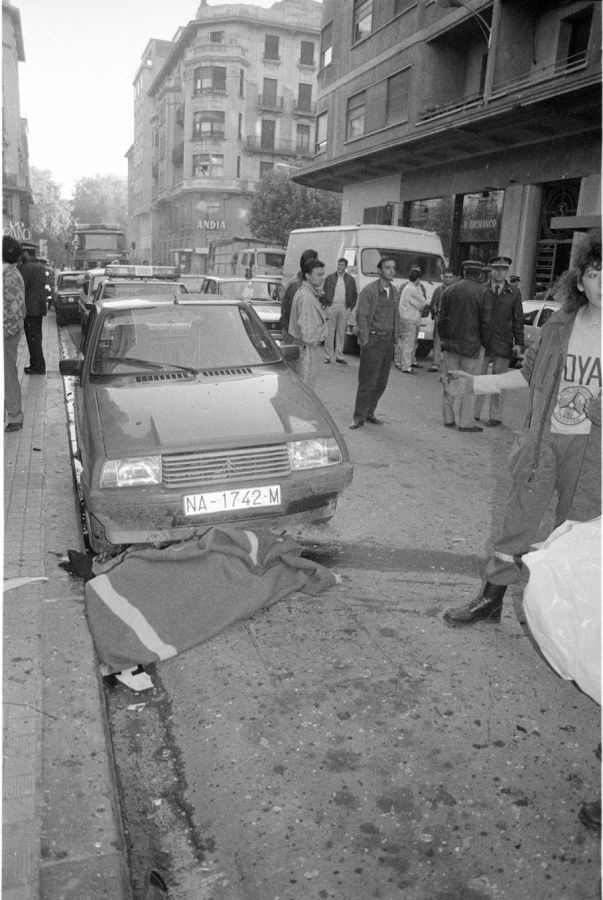 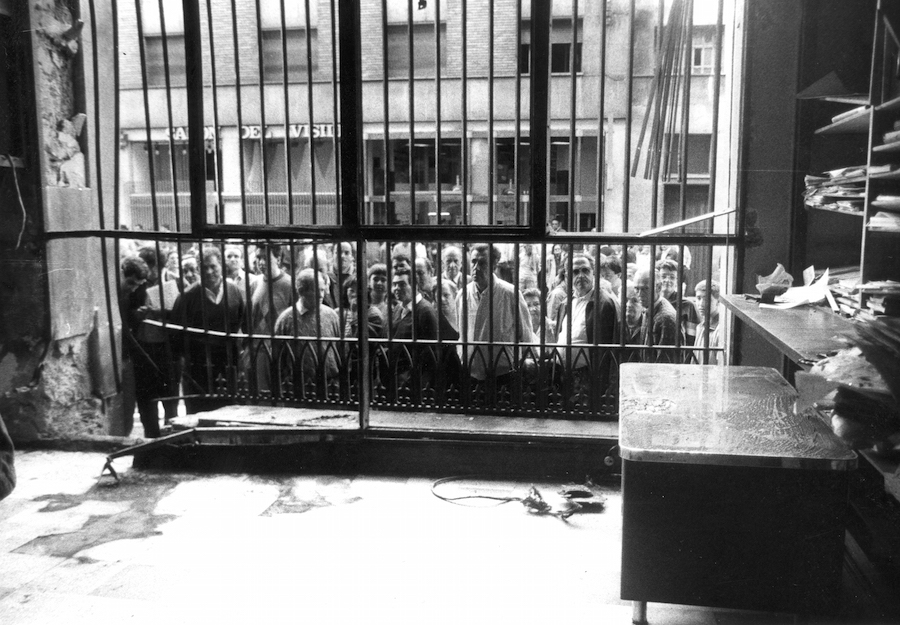 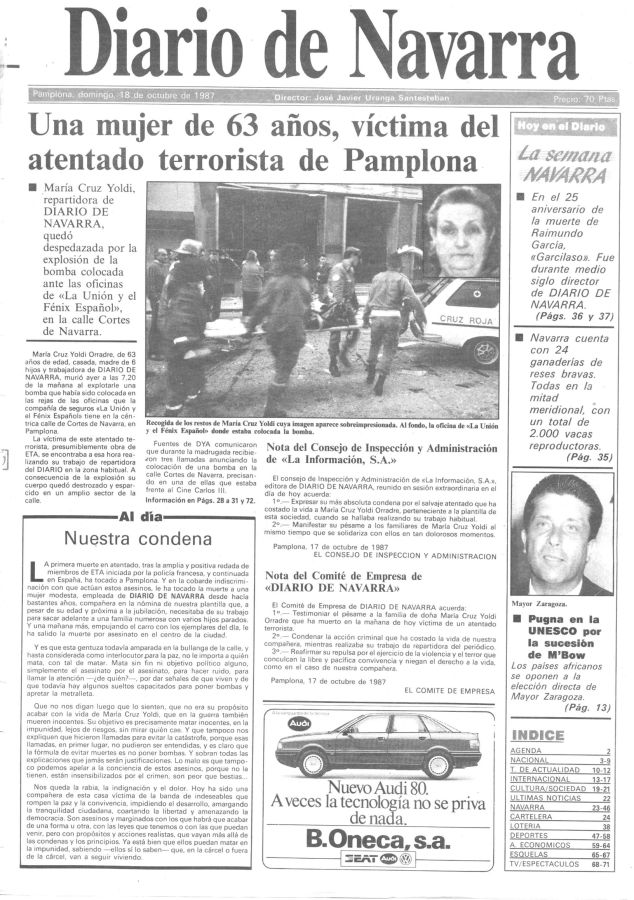