At 8:05 am on 19 April, 1995, ETA terrorists detonated a car bomb on Calle José Silva, as the car in which José María Aznar —then opposition leader and chairman of the People’s Party— was travelling. The home of Margarita González Mansilla, a 73-year-old housewife, and her husband, Agustín Mansilla Gómez caught the full force of the blast. The two were buried under the rubble. Margarita was admitted to the Ramón y Cajal Hospital, where she remained in a coma for three months before dying on 22 July. She was buried in Puebla de Alcocer (Badajoz). José María Aznar and his bodyguards were unharmed, protected by the 500 kilos of armour plating shielding his vehicle. Altogether, fifteen people were wounded. 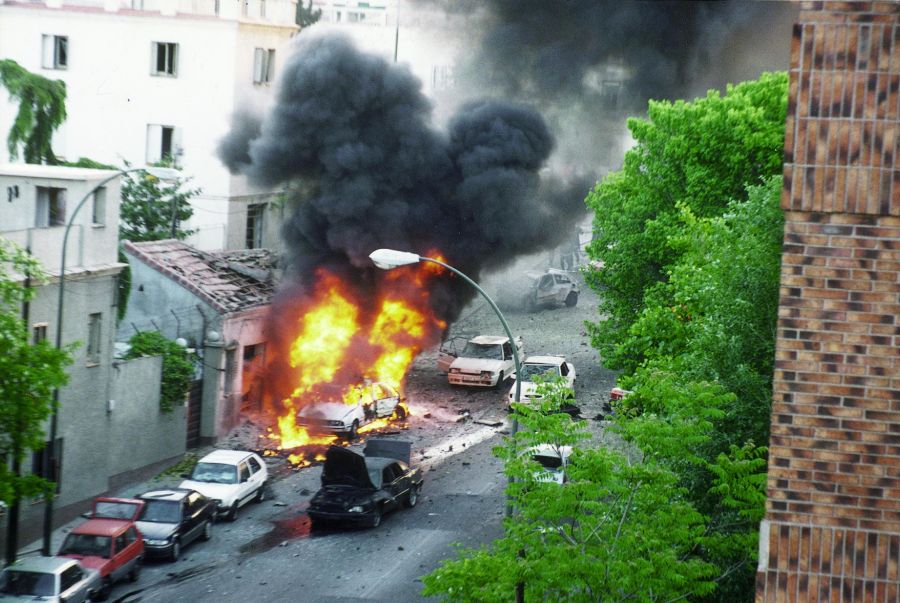 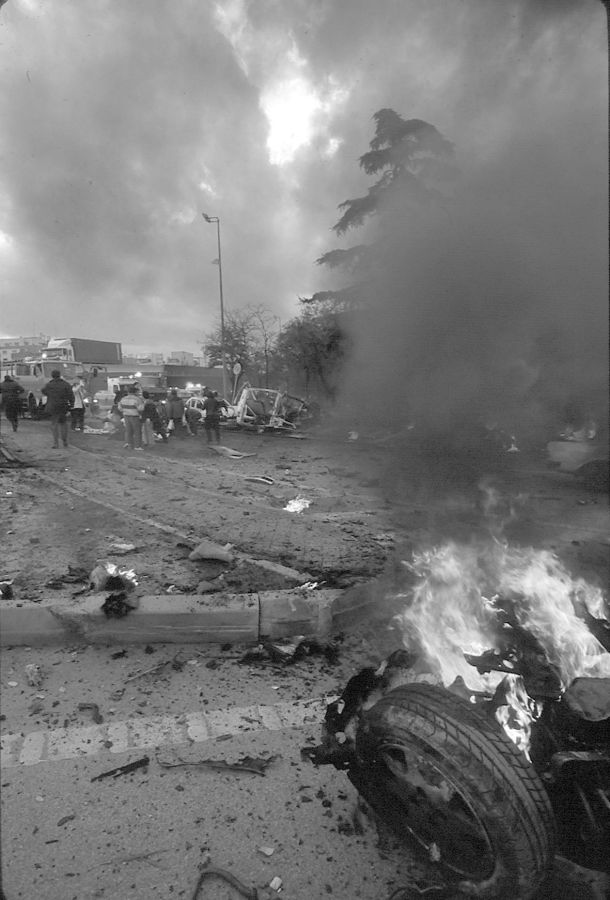