During a routine control, officer Manuel Vergara Jiménez and his colleagues noticed a Basque flag (ikurriña) attached to a flagpole. Next to it they found a fake bomb, which they removed. Manuel then pulled out the flagpole without realising that an explosive charge attached to the flag was buried in the ground beneath. He was blown twenty metres away by the blast and killed instantly. The other officers also suffered minor injuries. 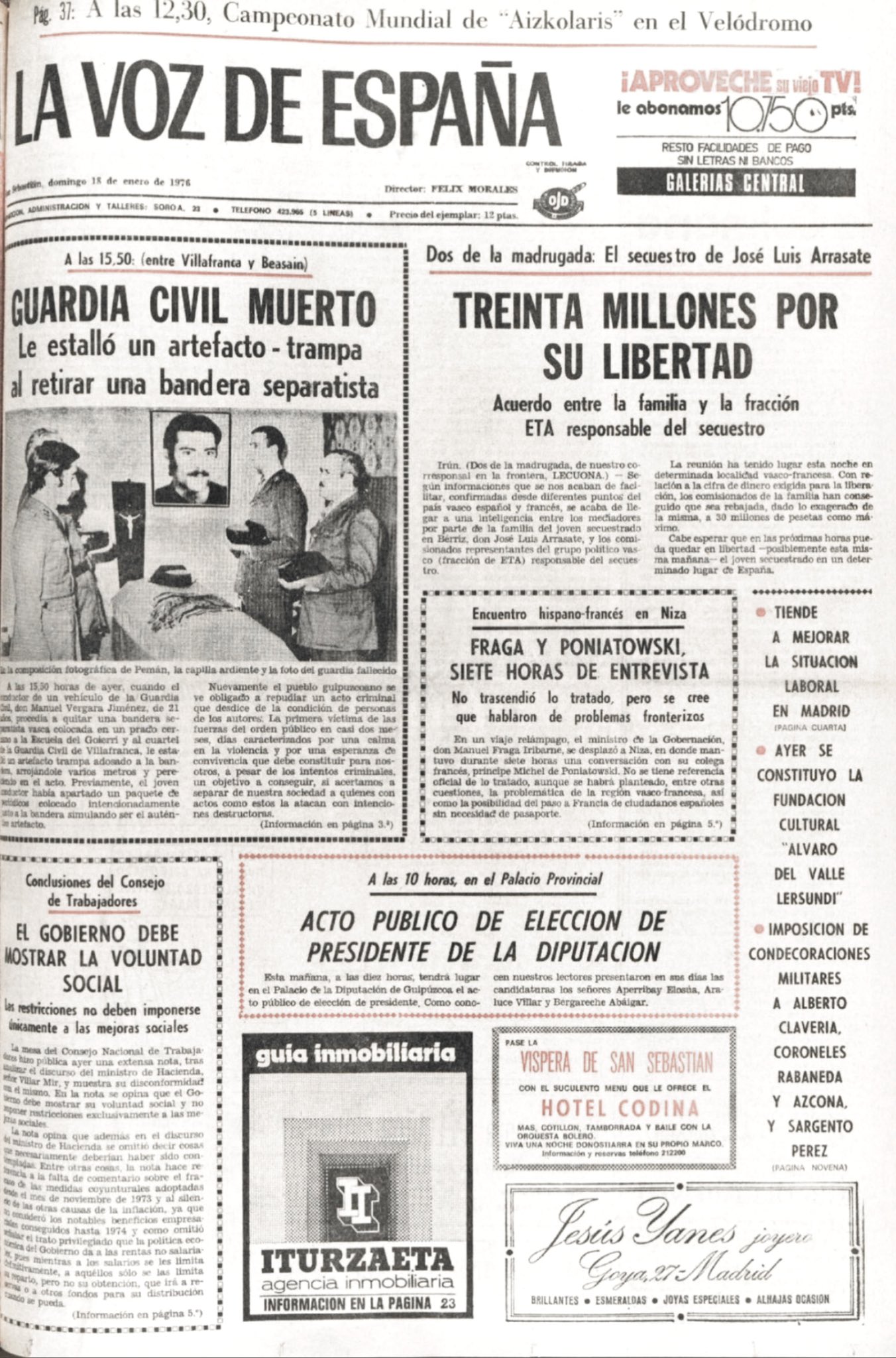 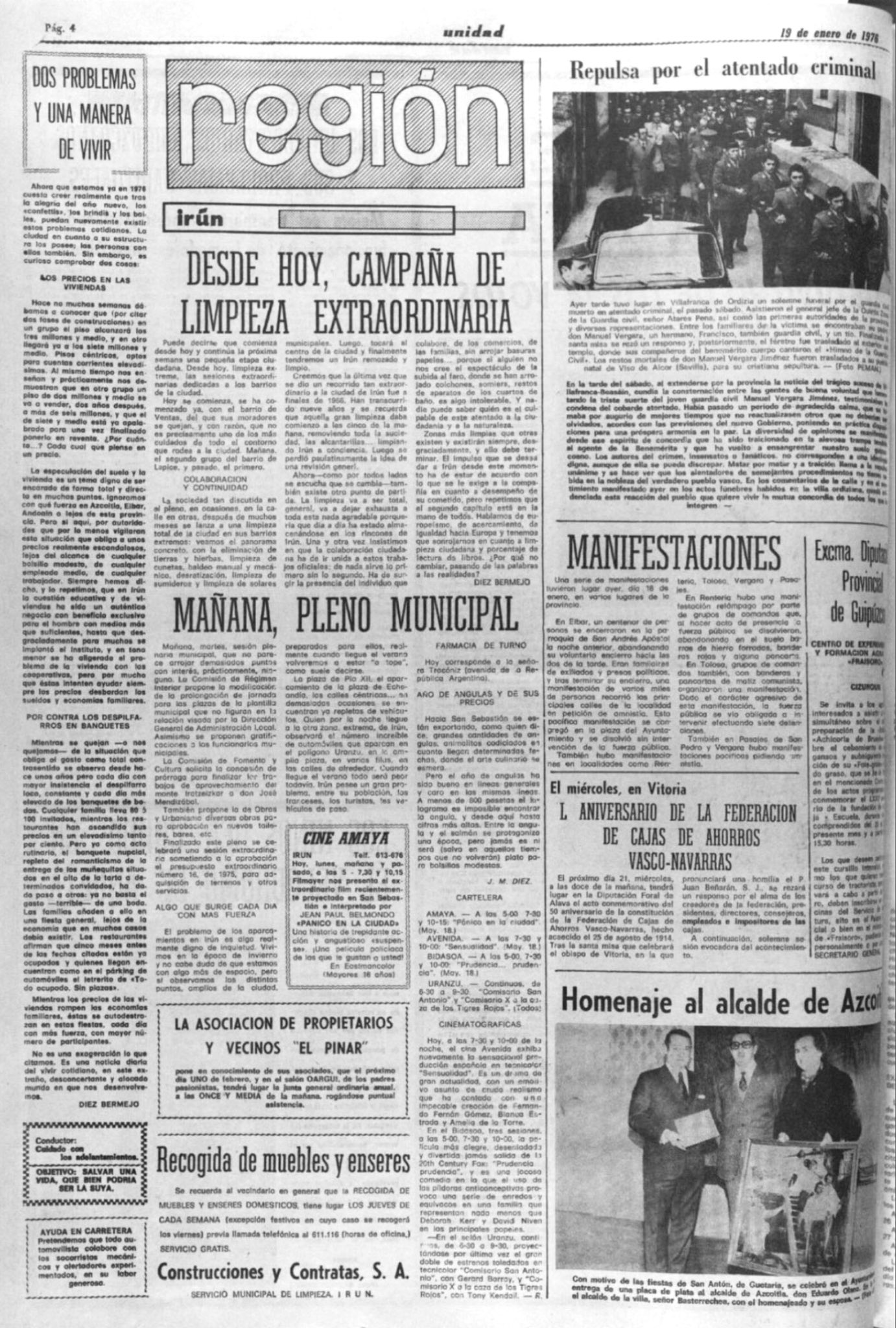 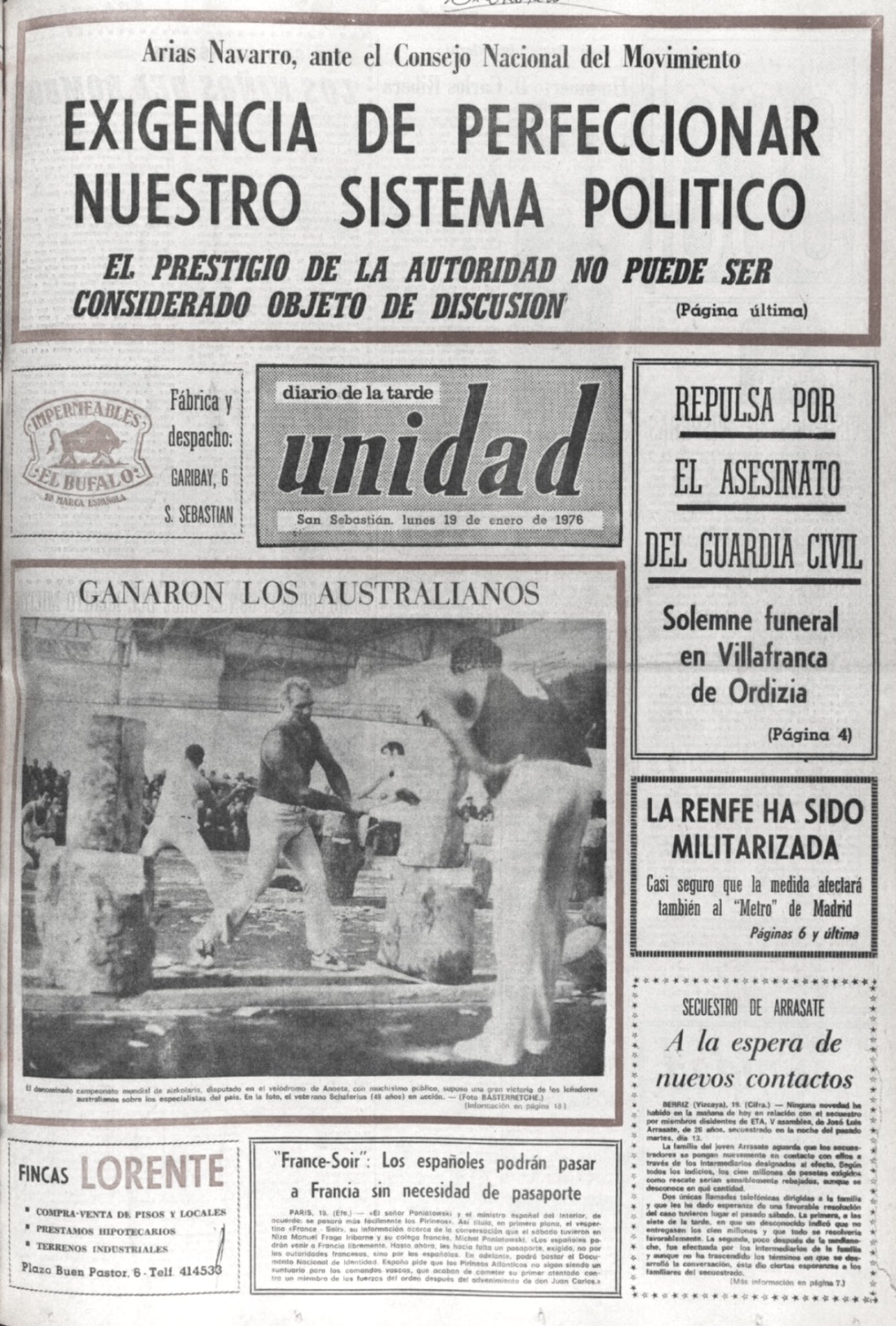 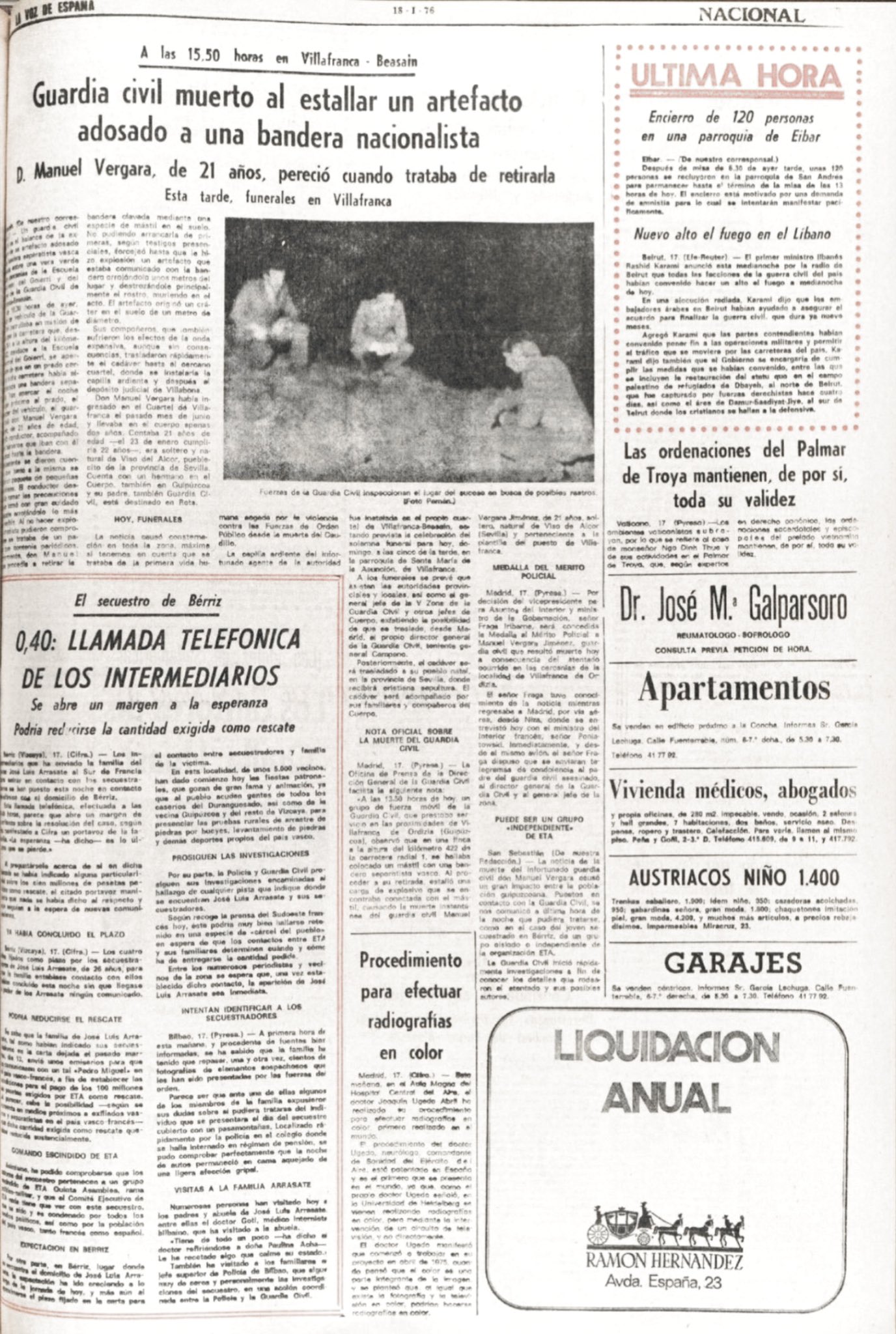