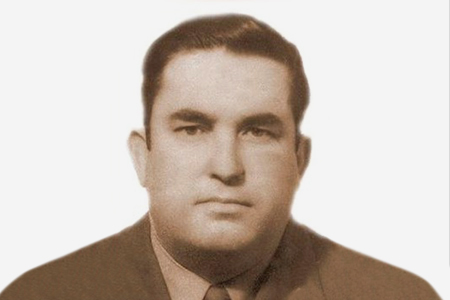 Around 11 am on the morning of 28 August 1978, Civil Guard Manuel Vázquez Cacharrón, as was his custom, went to greet his sister, who worked in a butcher’s shop in the market square in Santiago de Compostela. As he was leaning on the counter talking to her, two young GRAPO terrorists approached from his left and shot him in the temple. The officer collapsed on the floor, dead. On the same day, with only a few minutes’ difference in time, GRAPO also killed a police officer in Barcelona.

Manuel Vázquez had four children aged between 5 and 16. He had been working in the Guardia Civil for over thirteen years and was stationed in the information service at Santiago de Compostela. 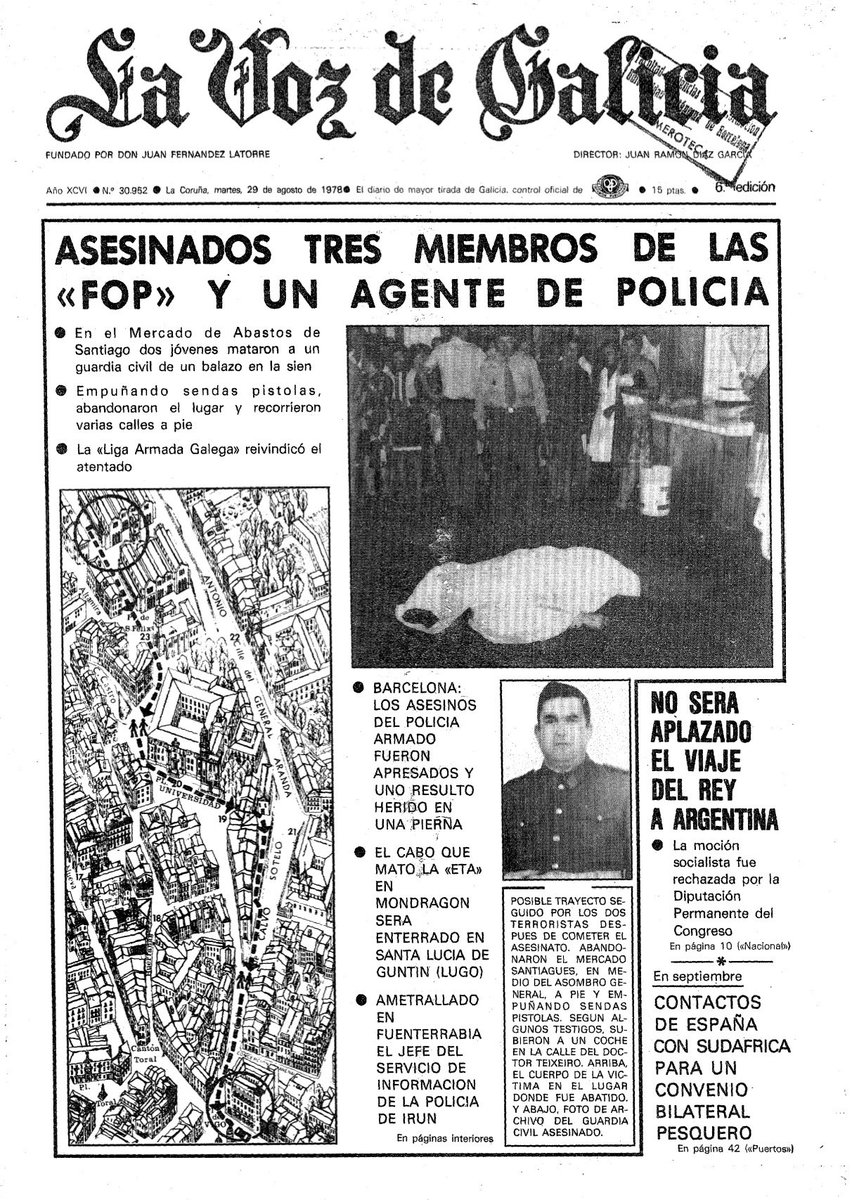 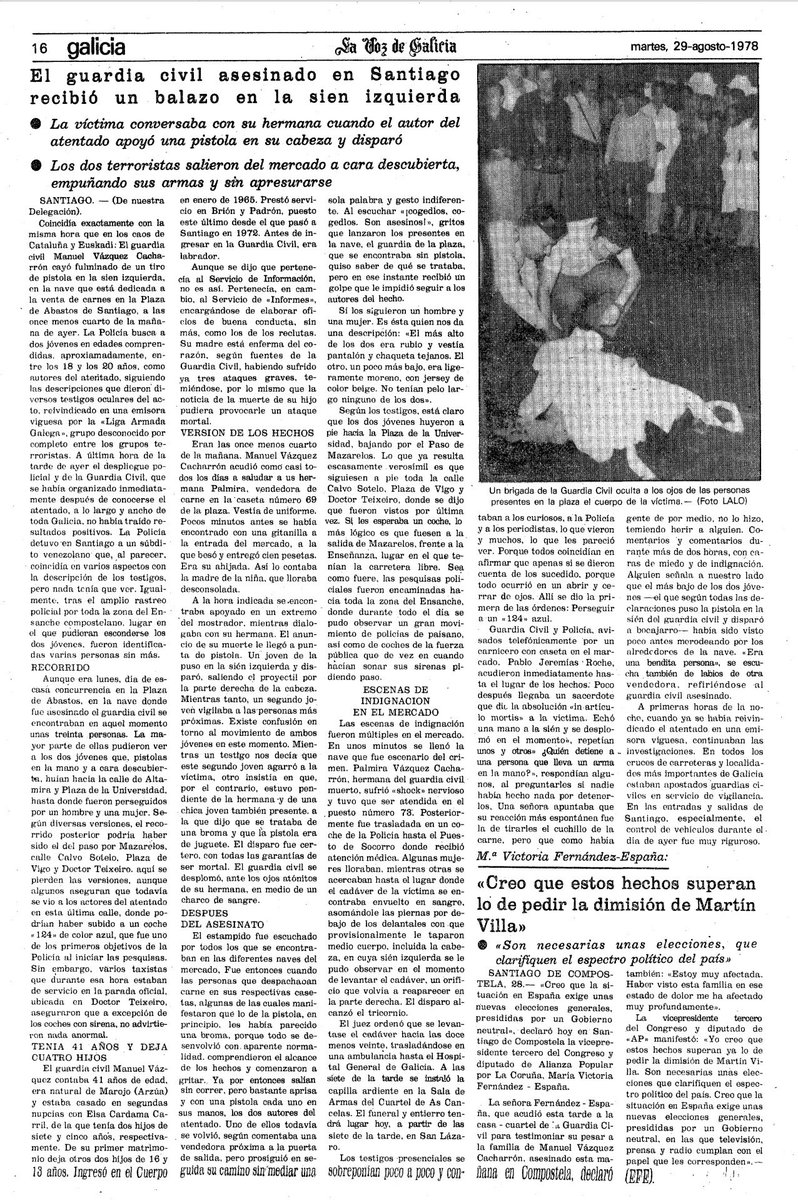 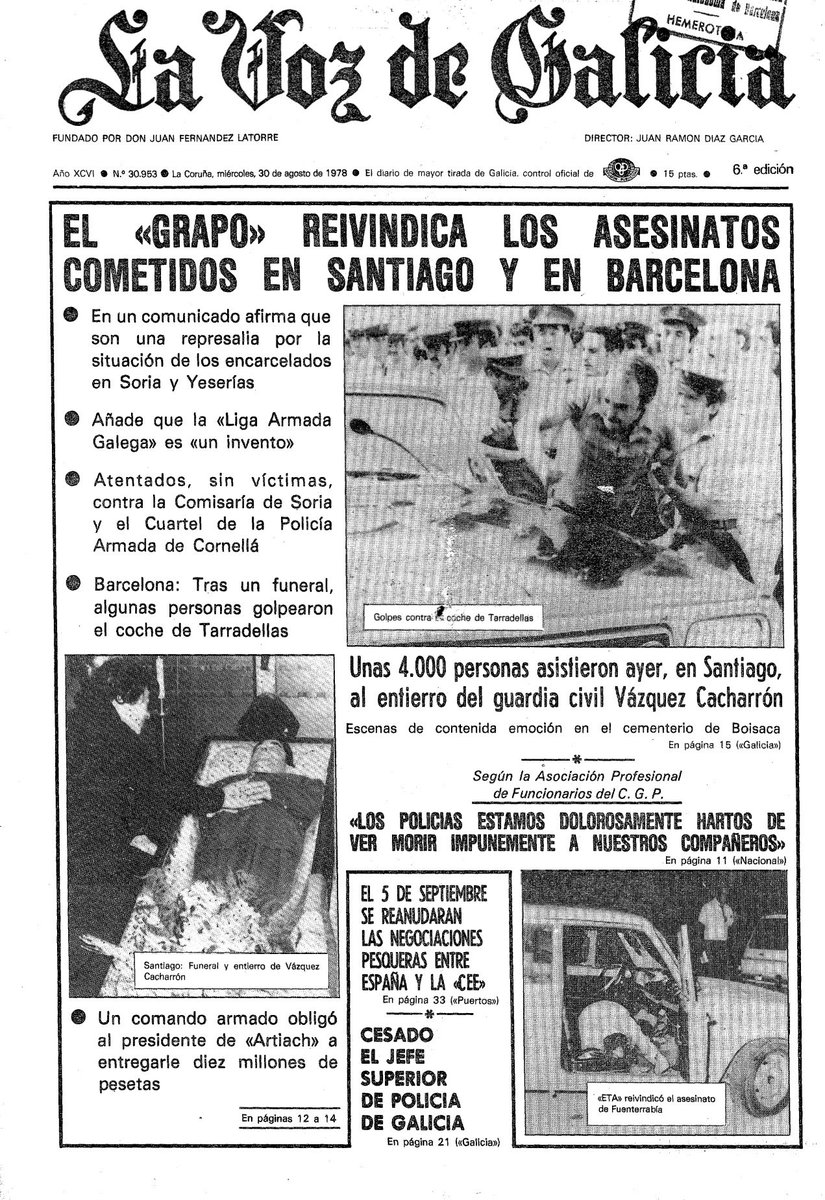