Manuel Santacoloma Velasco was murdered in the multiple killing at the Aldana de Alonsotegui bar. Liborio Arana was killed when a powerful bomb went off, consisting of five or six kilos of Goma-2 with an electric detonation system It was triggered accidentally by Liborio Arana Gómez when he moved the device.

In addition to Manuel Santacoloma, three other people were killed: Pacífico Fica Zuloaga, María Paz Armiño and Liborio Arana. The attack was carried out by the Grupos Armados Españoles (Spanish Armed Groups). The bar was frequented by sympathisers of the Basque Nationalist Party and other left-wing nationalist groups. 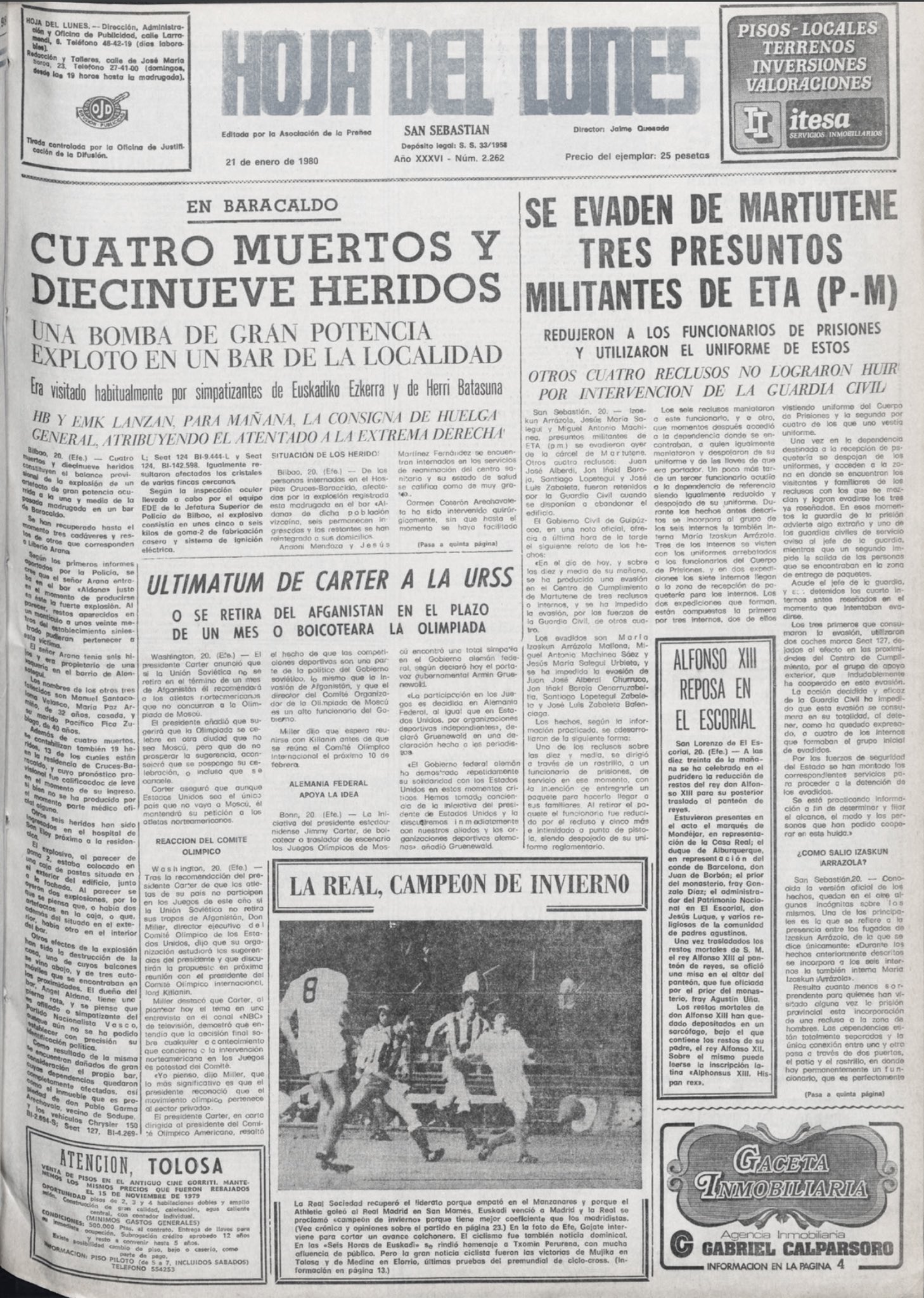 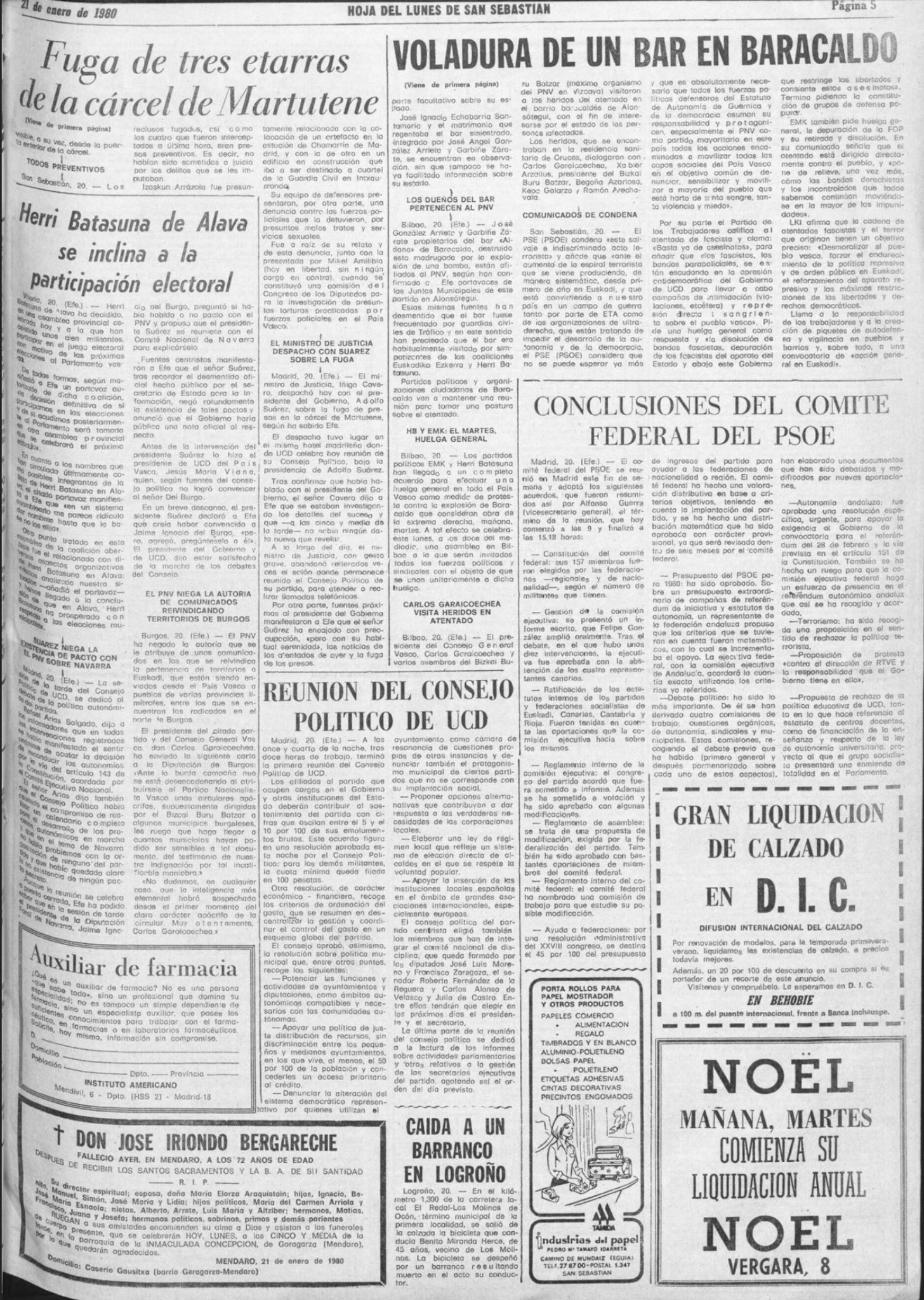 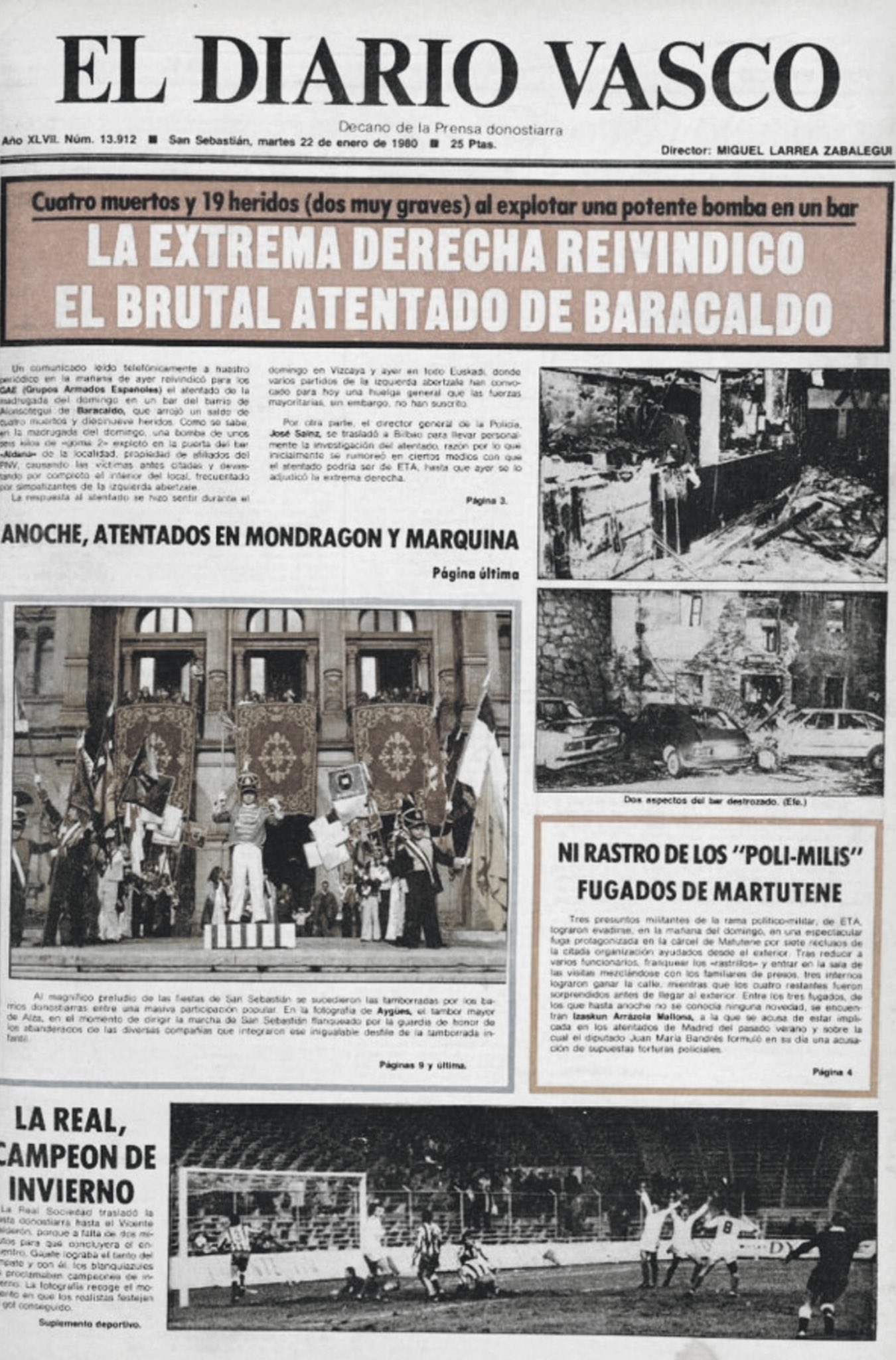 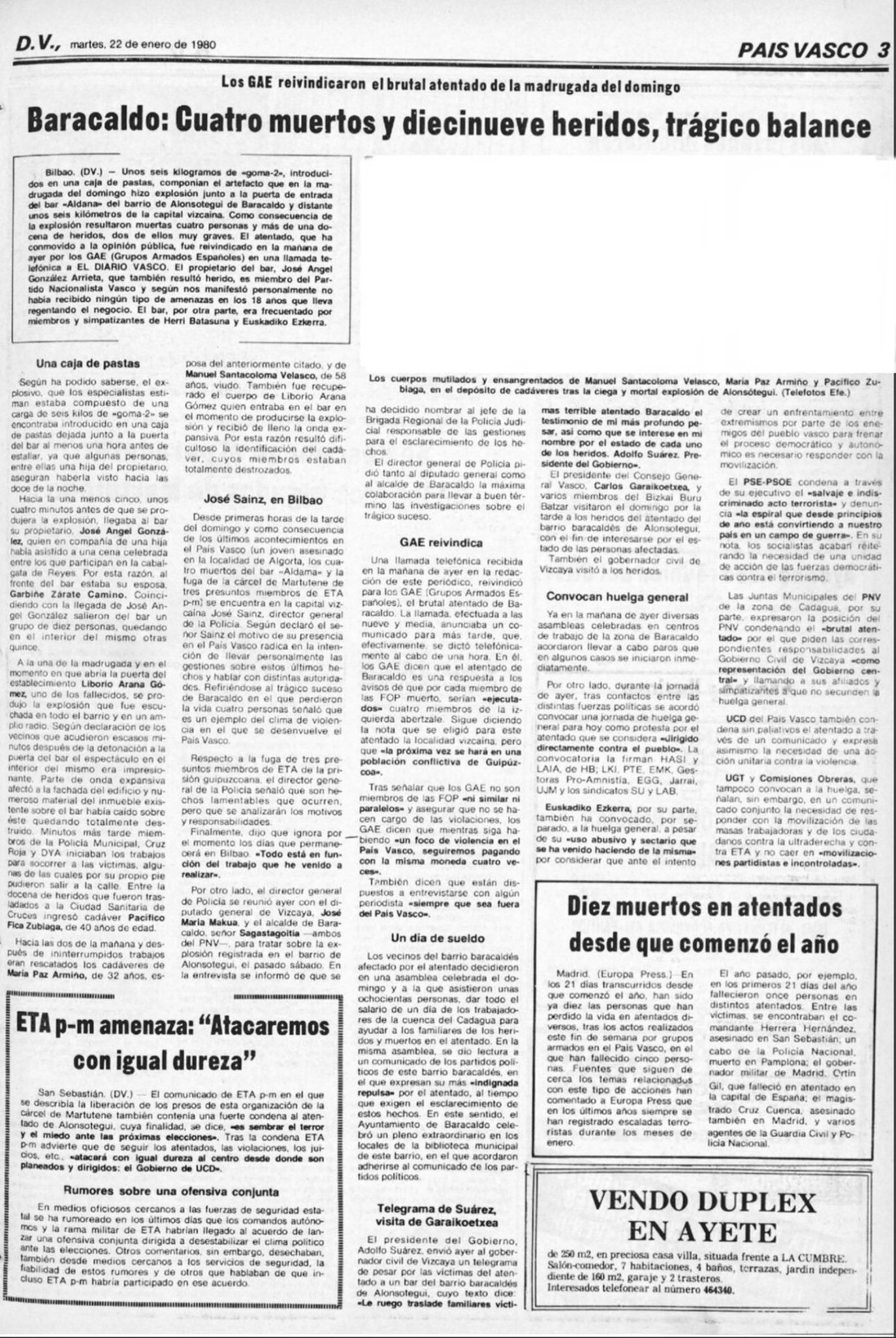