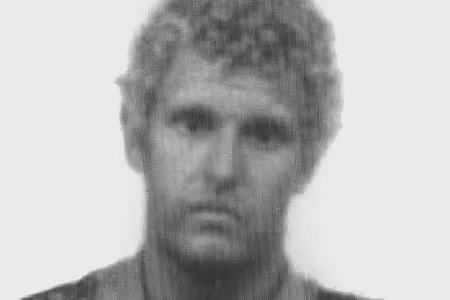 Municipal policeman Manuel Peronié Díaz was killed some time after 3:15 am on 5 August 1983, in the town of Oyarzun (Gipuzkoa). He was returning home with a friend, when three ETA terrorists tried to abduct them and they resisted.

The attack took place just 40 metres from Plaza de San Esteban in Oyarzun, which was celebrating its local fiestas. Manuel Peronié and his friend Víctor Zabala were just about to get into Manuel’s car when they were accosted by three members of ETA’s Donosti unit, carrying guns.

The terrorists forced the two friends to sit on the kerb next to a small garden on the side of the Oyarzun–Rentería road, as they waited for a fourth terrorist to arrive with a car which they planned to use in the kidnapping. For about a minute, the two friends asked repeatedly why they were being abducted, but the terrorists menaced them with their guns and told them to keep quiet. The car arrived and just as they were about to be pushed into it, Manuel and Victor noticed that the terrorists were not looking. They tried to escape, shouting for help.

One of the kidnappers opened fire on them. Manuel was hit in the groin and torso and Victor fled down the road, closely pursued by one of the terrorists firing his gun. Still running, and despite his injuries, Victor Zabala managed to escape and flag down a car which took him to a Red Cross station. A young couple who were passing the scene of the attack on a motorbike were also hit. Manuel Peronié did not survive the attack.