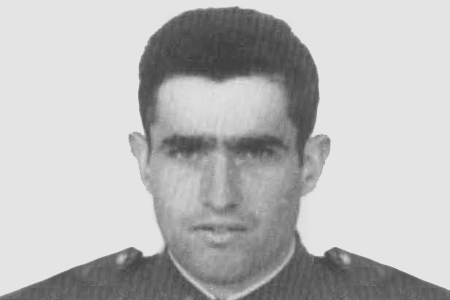 Following a robbery in which fourteen million pesetas had been stolen from the payroll at Compañía Auxiliar de Ferrocarriles in Beasain on 31 May, the police had set up a number of checkpoints. In the early hours of 2–3 June, on the road between Lezcano and Ataun, a number of officers in a Civil Guard vehicle driven by Manuel López Fernández saw three suspects and asked for their papers.

One of them pulled out a pistol and shot Manuel in the heart. He died shortly afterwards at the San Cosme y San Damián de Tolosa clinic. The terrorist who fired the shot was Miguel Ángel Apalategui Aierbe, who got away under cover of darkness.