On the morning of 15 June 1990, Colonel Manuel López Muñoz left his home in Valladolid to go to work. At around 8.20 am, when he was walking out the front door of the building, a man and a woman came up behind him and shot him twice in the back of the head and in the hip. One of his four children heard the shooting and ran down to the street. The victim died instantly and GRAPO claimed responsibility for the killing the following day.

Manuel López Muñoz had been a colonel in the infantry and had entered the reserve in 1987. At the time of his death, he was on his way to assist the military governor of Valladolid, as he did every morning. 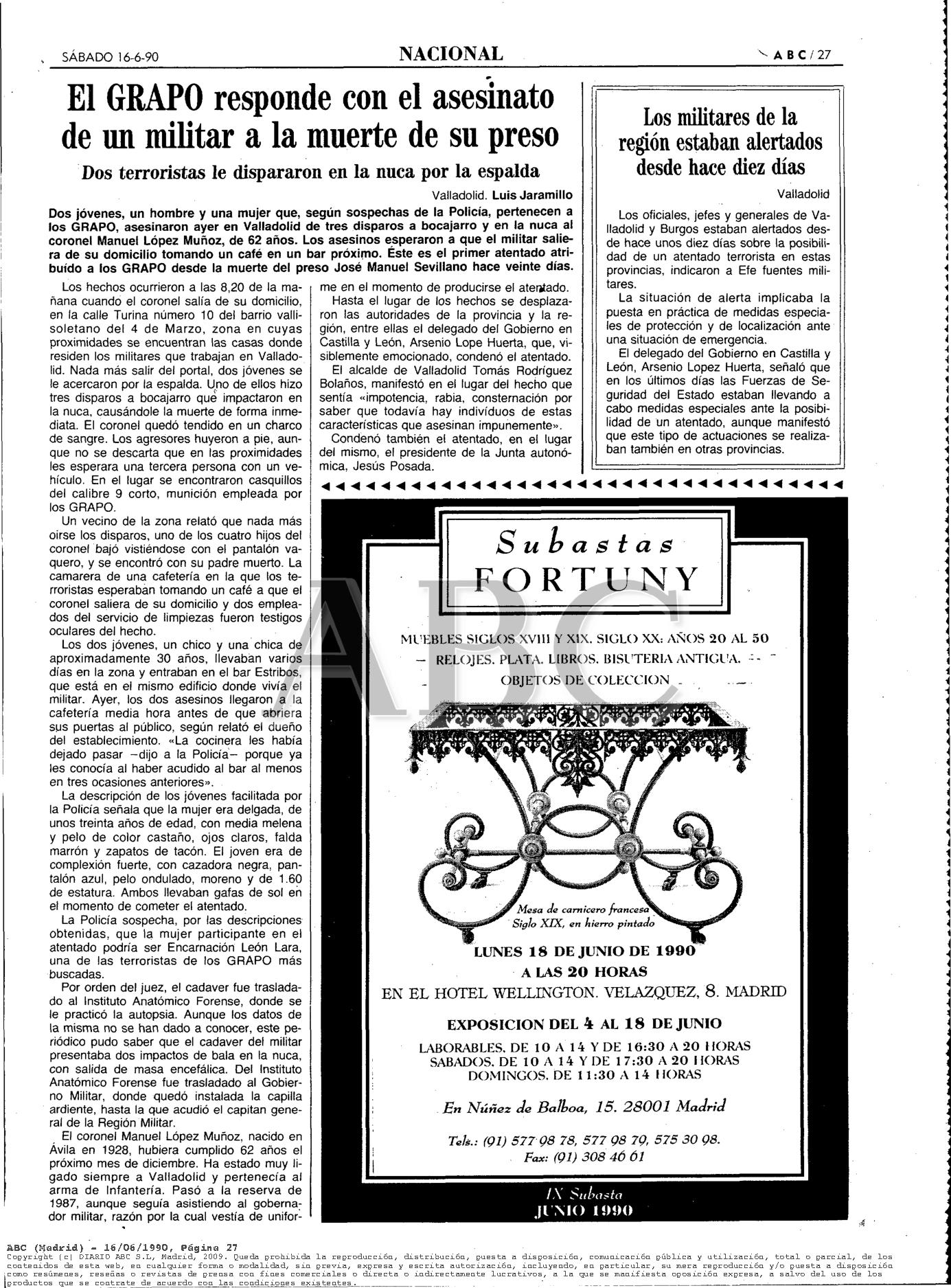 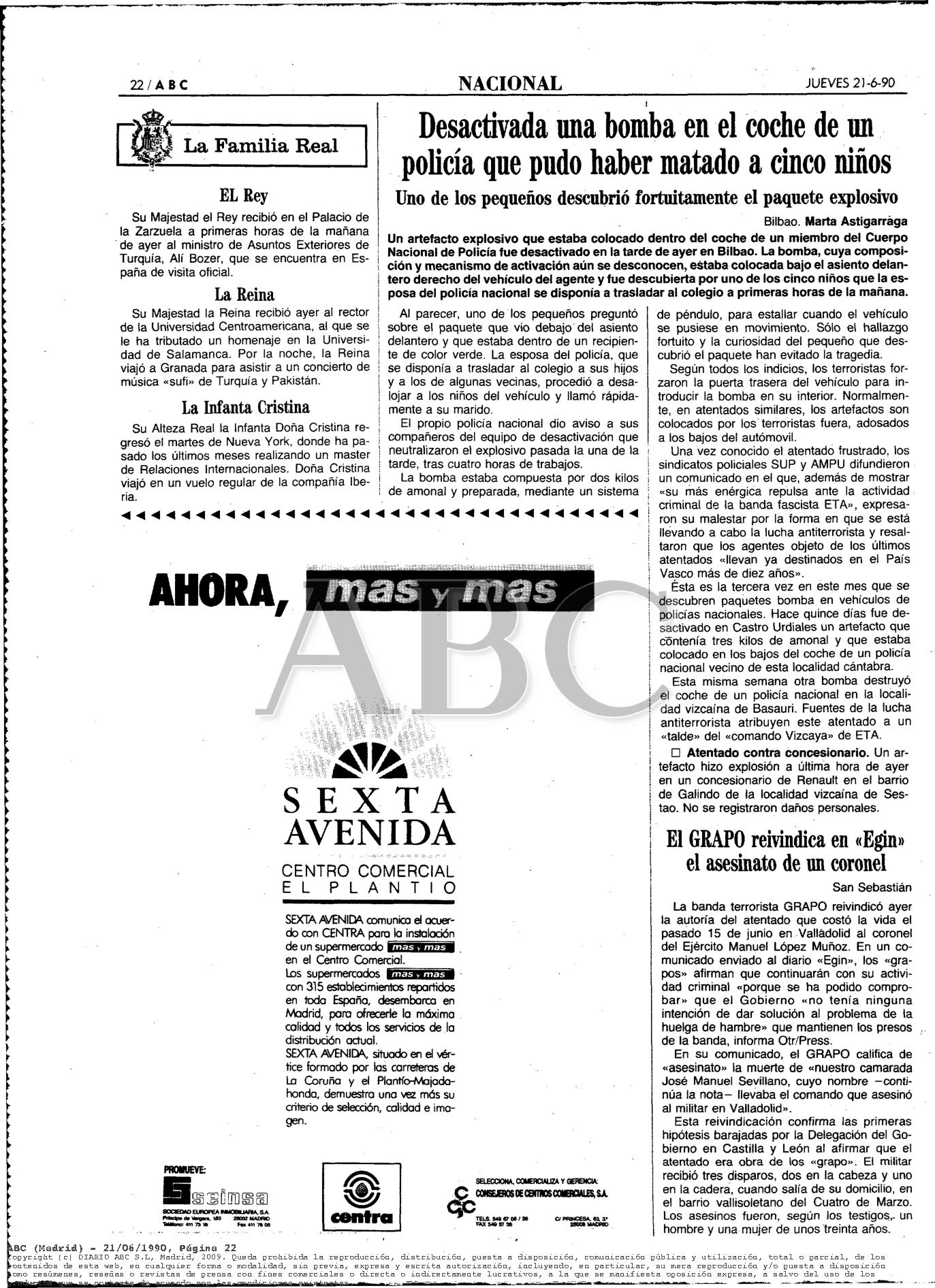