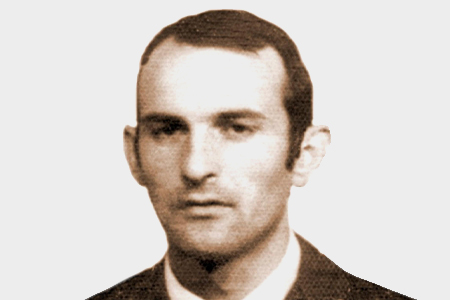 On 1 December 1978, civil guard Manuel León Ortega was having coffee with fellow officer Luis Palomares in the bar of the sports centre in Oñate when three terrorists burst into the premises. One of them shouted, “Get on the floor!” and the three immediately opened fire. Manuel León was hit three time, and was pronounced dead on arrival at the Mondragón health centre. The other officer, who took cover behind the bar, survived. The terrorists got away in a stolen car with an accomplice who was waiting for them at the door.