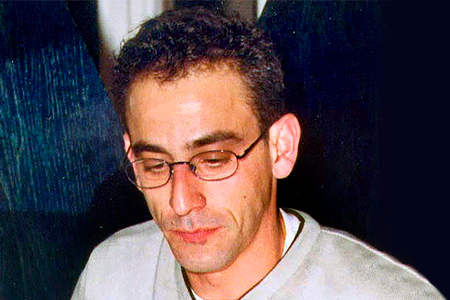 Manuel Indiano Azaustre owned a shop that sold sweets, newspapers and bread. He was alone in the establishment when members of ETA’s Buruntza group, came in and shot him 13 times. He was hit at least seven times in the chest and abdomen.

Manuel Indiano was not a member of the PP, but had stood as an independent candidate in the 1999 elections in Zumárraga. Although he was initially assigned a bodyguard, he said he felt uncomfortable and it was off-putting for his customers and he cancelled the service. 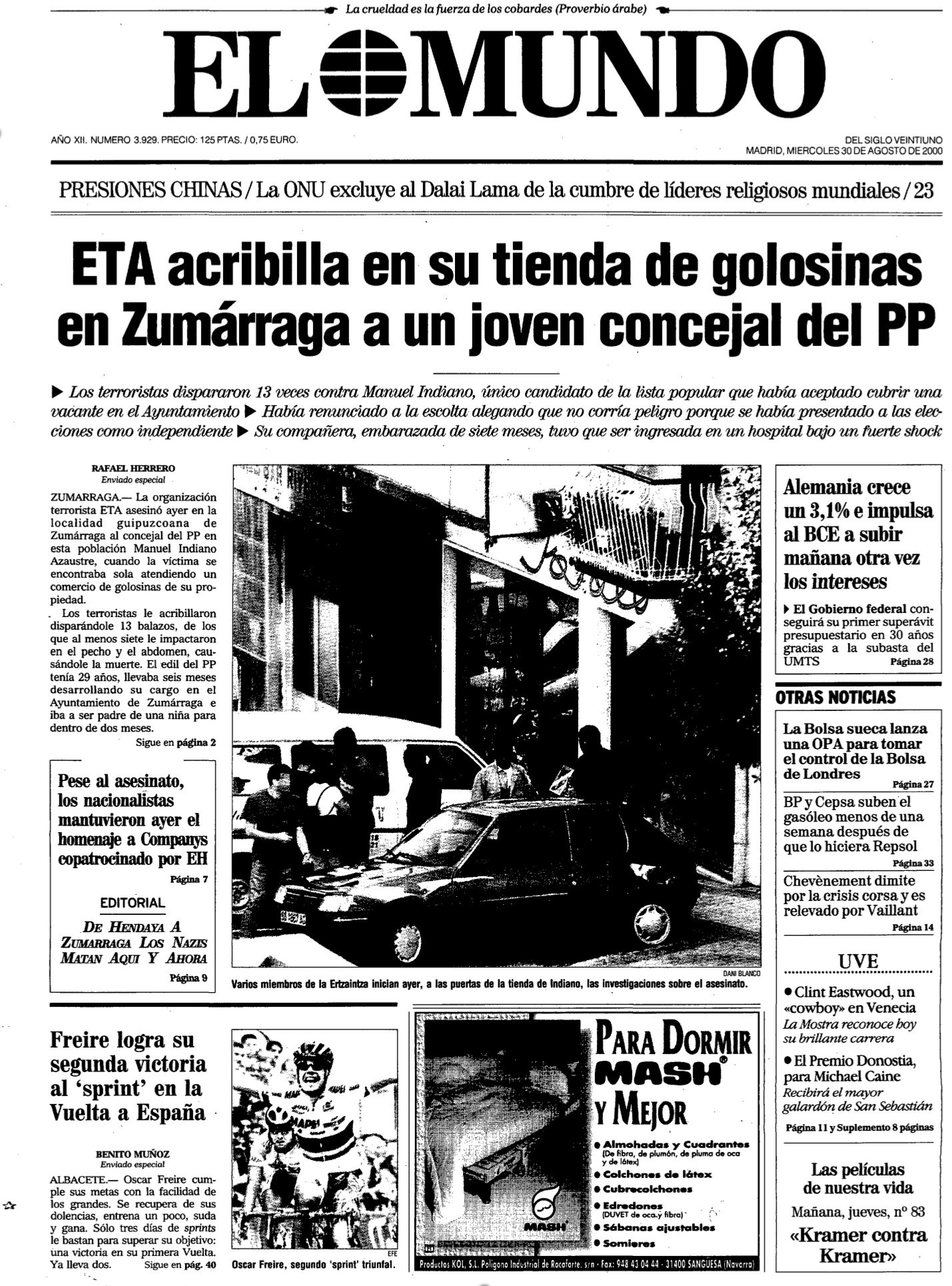 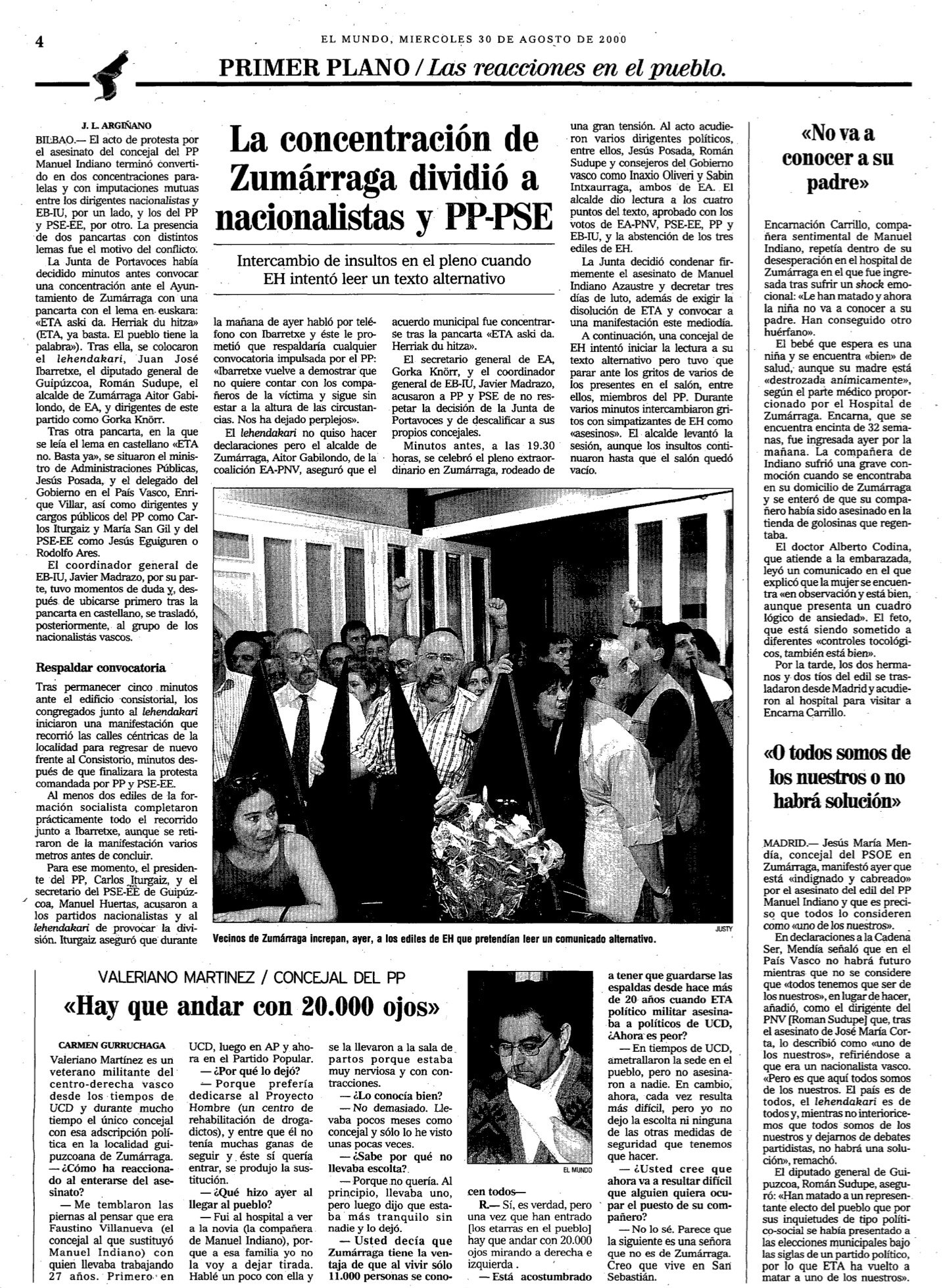 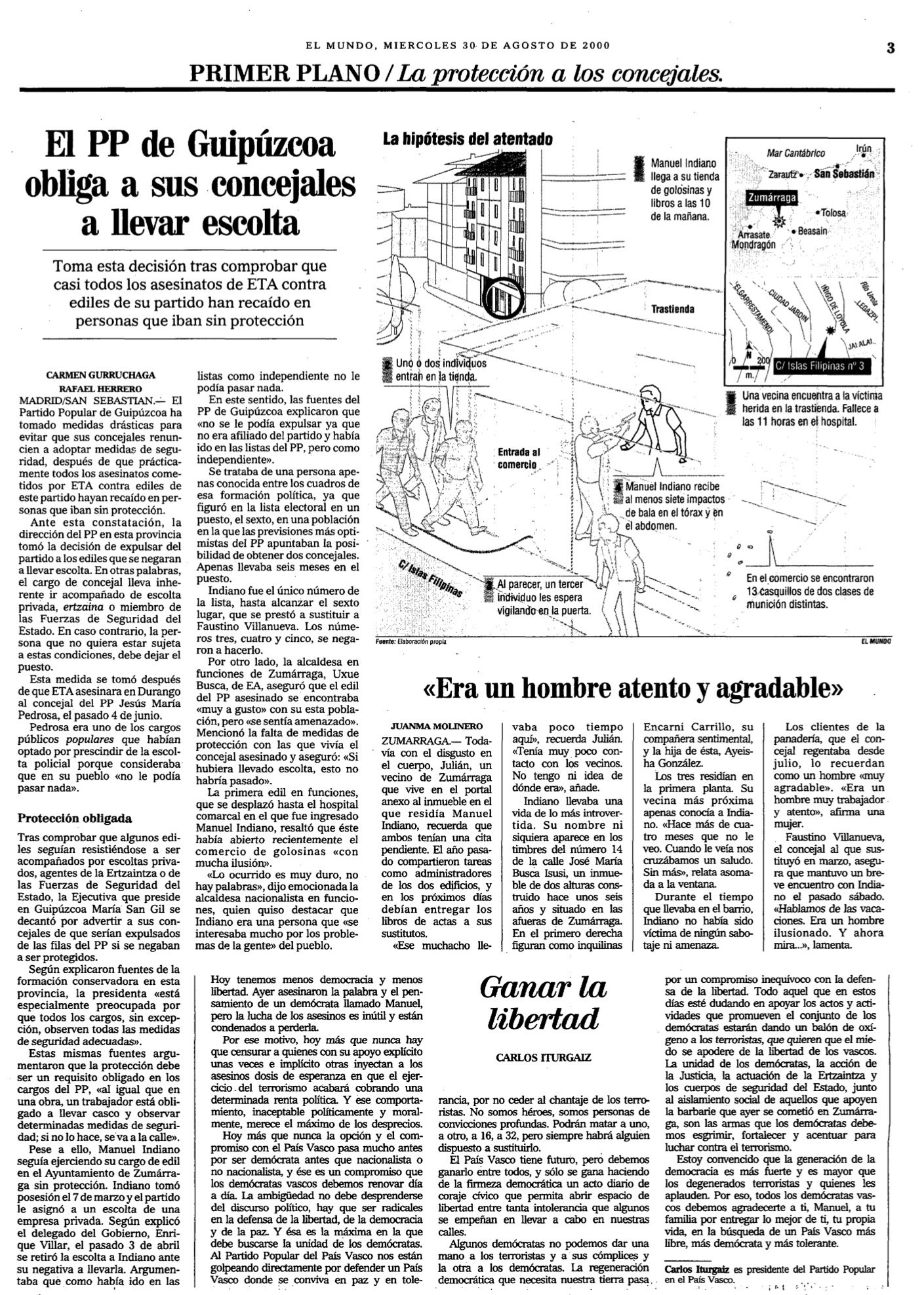 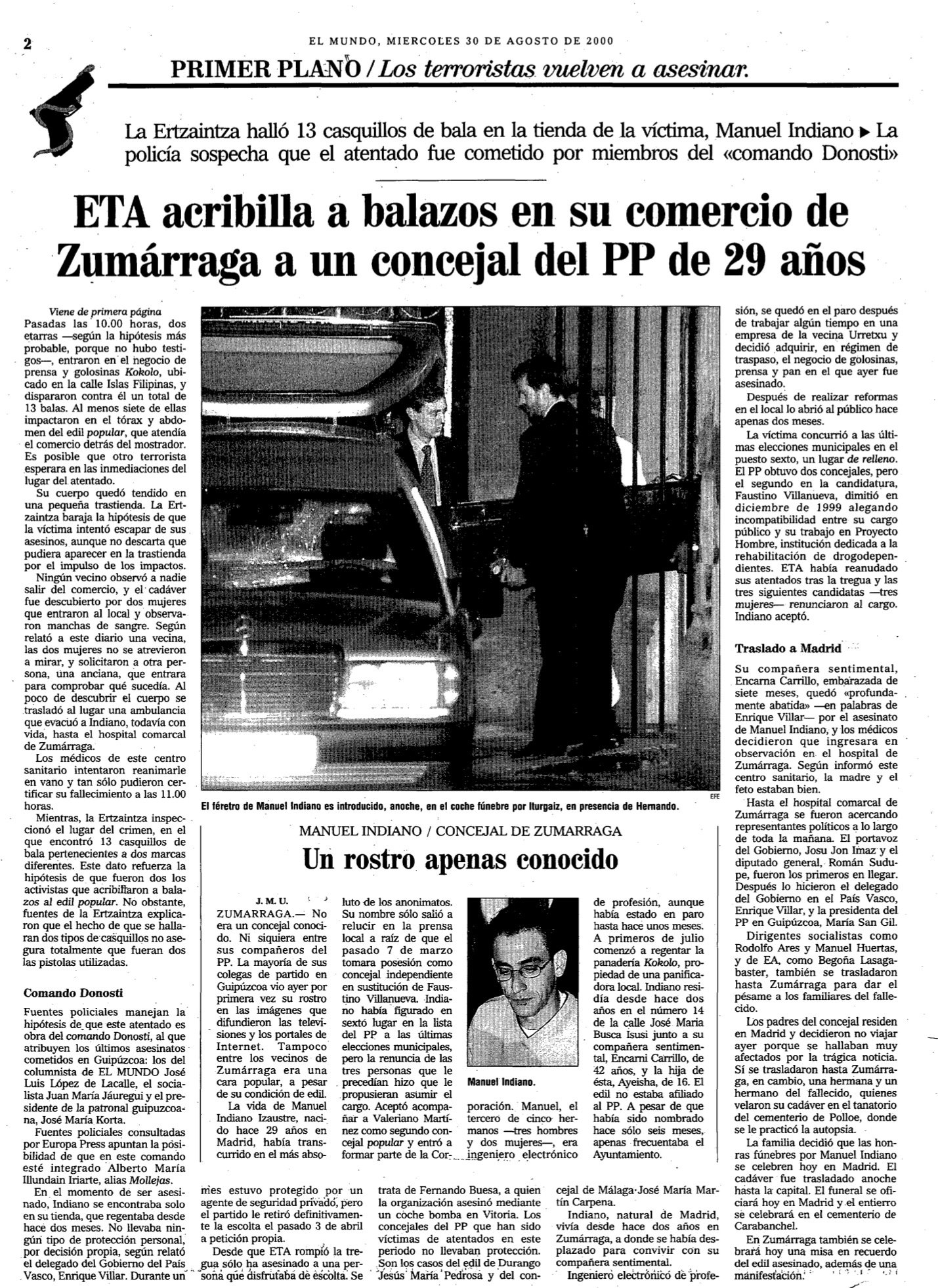