Born in: Pamplona
Age: 52
Offspring: 2
Marital status: Married
Job: Chairman of the People's Party of Aragon
Date of the attack: 06/05/2001
Place of the attack: Zaragoza
Weapon: Gun
Killed by: ETA

On the evening of 6 May 2001, Manuel Giménez Abad left his home with his 17-year-old son, Borja, to go to a football match between Real Zaragoza and Numancia de Soria, in Zaragoza. At around 6.30 pm, when they were walking towards the Romareda stadium along Calle Cortes de Aragón, an ETA terrorist approached them from behind and shot the father once in the head and twice in the thorax.

Manuel Giménez Abad was a qualified lawyer. He had two children aged 23 and 17 years and had joined the Higher State Civil Administrations Body (Cuerpo Superior de Administraciones Civiles del Estado). He was appointed regional minister for the President’s Department and Institutional Relations in the Government of Aragon in 1995. At the time of his death, he held the position of regional chairman of the People’s Party. 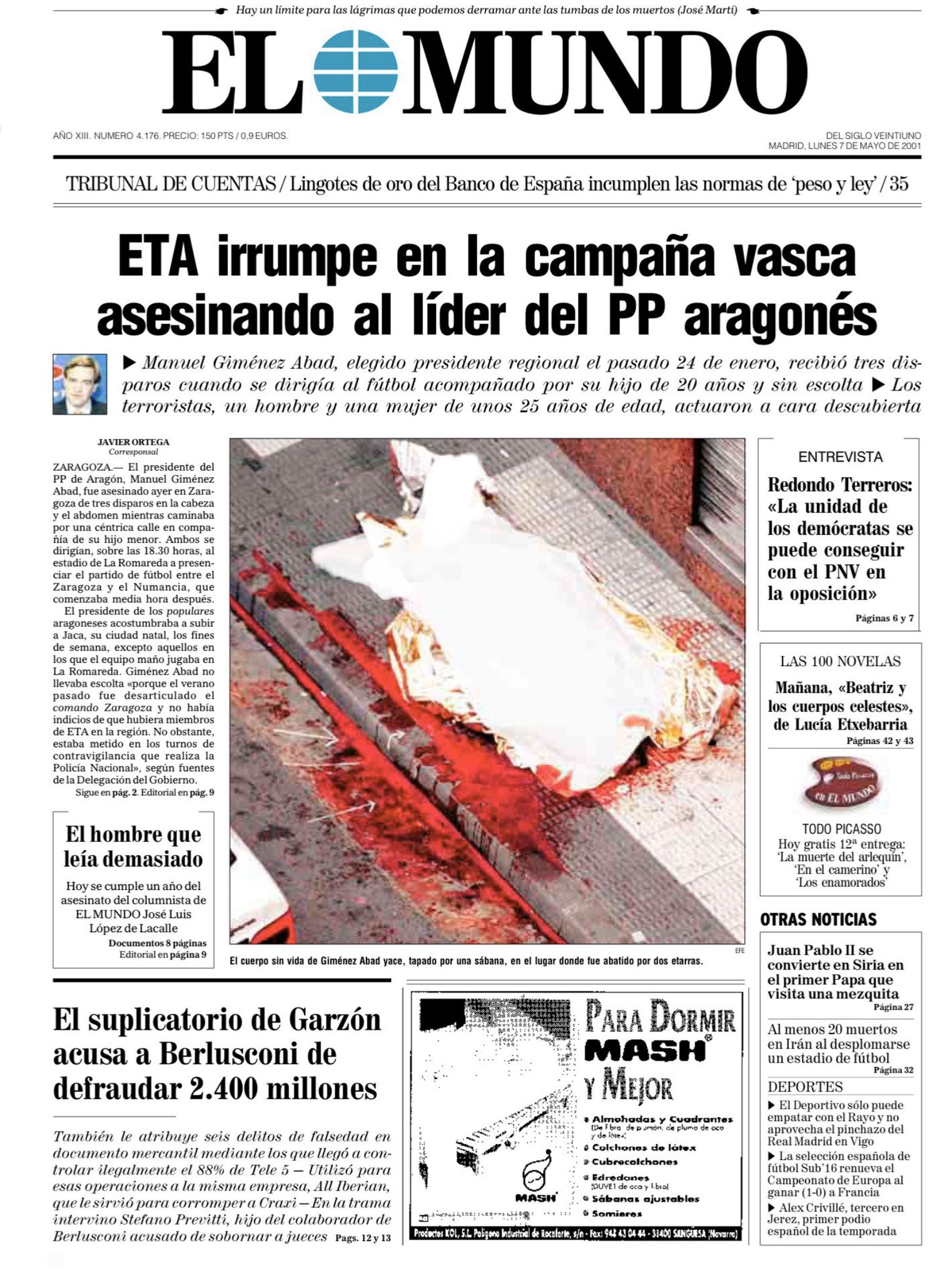