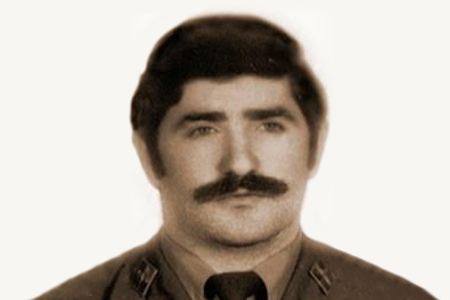 Born in: Galicia
Age: 29
Offspring: 0
Marital status: Single
Job: Civil Guard Agent
Date of the attack: 31/10/1979
Place of the attack: Portugalete
Weapon: Bomb attached to the underside of the car
Killed by: ETA

Manuel Fuentes Fontán lived in Santurce, but regularly went to Portugalete, where his girlfriend lived. That day he had lunch with her and at around 3.20 pm he left the house, dressed in plain clothes, to return to the barracks in Santurce. He left the building, walked to his car and got in.

Two terrorists, one hooded and the other wearing a scarf, were standing by the fence of a construction site. They opened fire on Manuel with a submachine gun and a pistol from a distance of less than five metres. Manuel was left mortally wounded in his car. He was taken by ambulance to the San Juan de Dios clinic in Santurce, where he died a few minutes after admission.