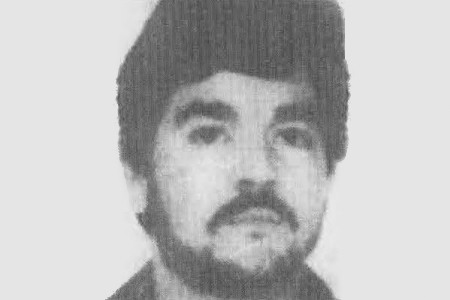 Although an ETA leader had requested information on Manuel Carrasco Merchán two years earlier from a collaborator in the town, his killing on 5 November 1983 was not planned. Manuel left the bar in the retirees’ centre at 2 pm. He was unfortunate enough to walk past a house where several ETA members were hiding. Recognising him, they followed him for some distance before shooting him at point-blank range. They then got away in a vehicle in which a third terrorist was waiting. Manuel was shot in the head and thorax, and left lying on the ground. 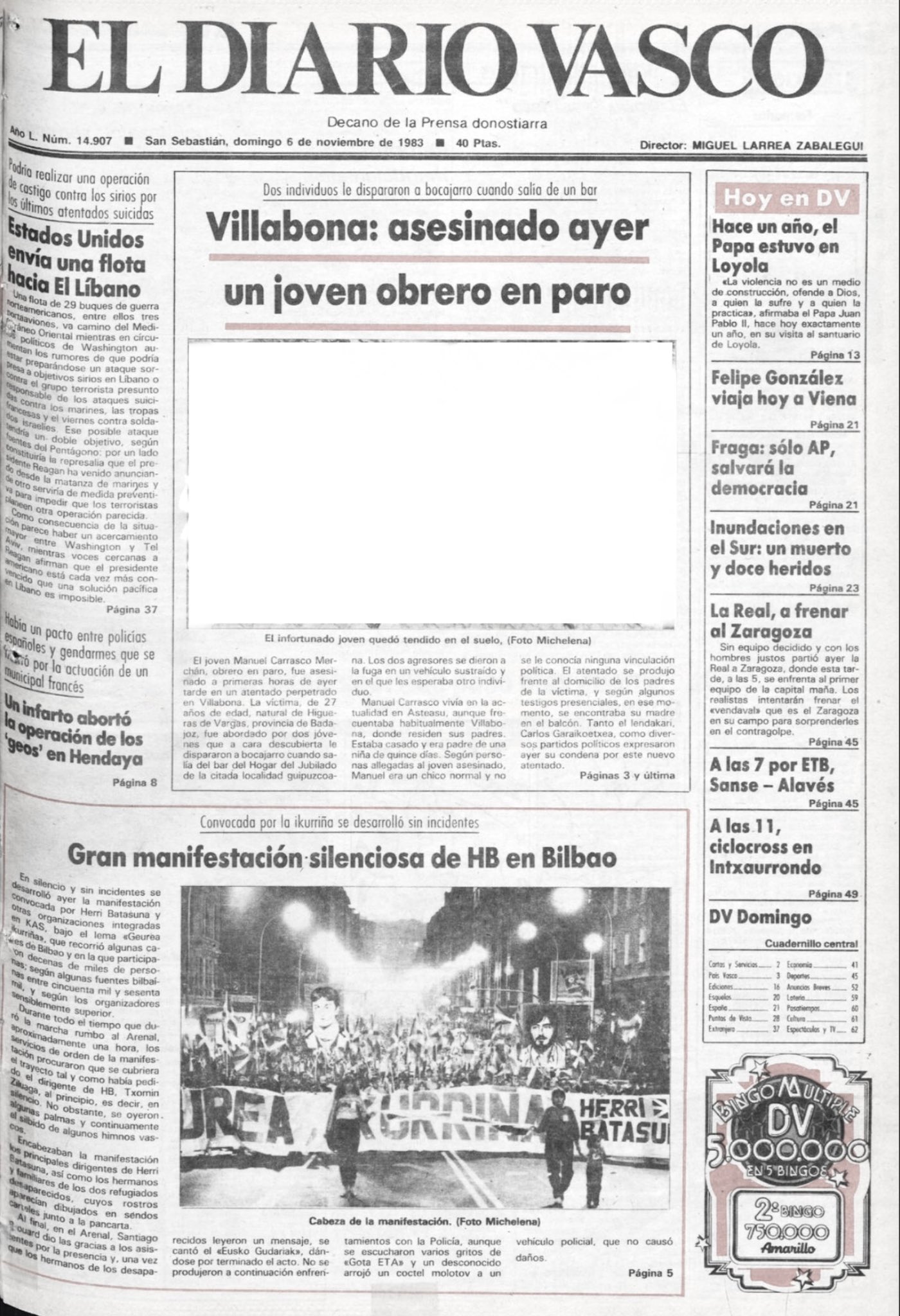 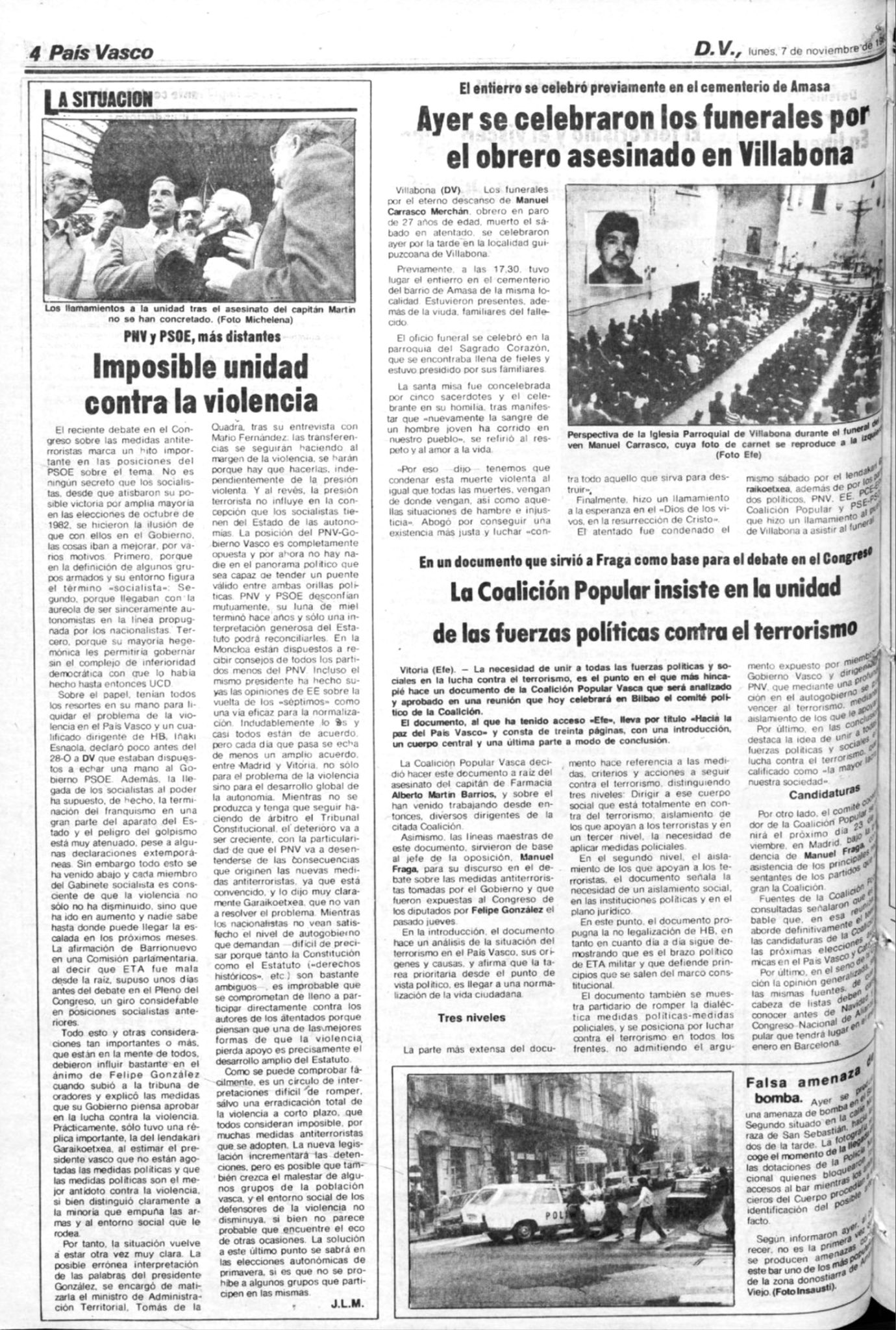 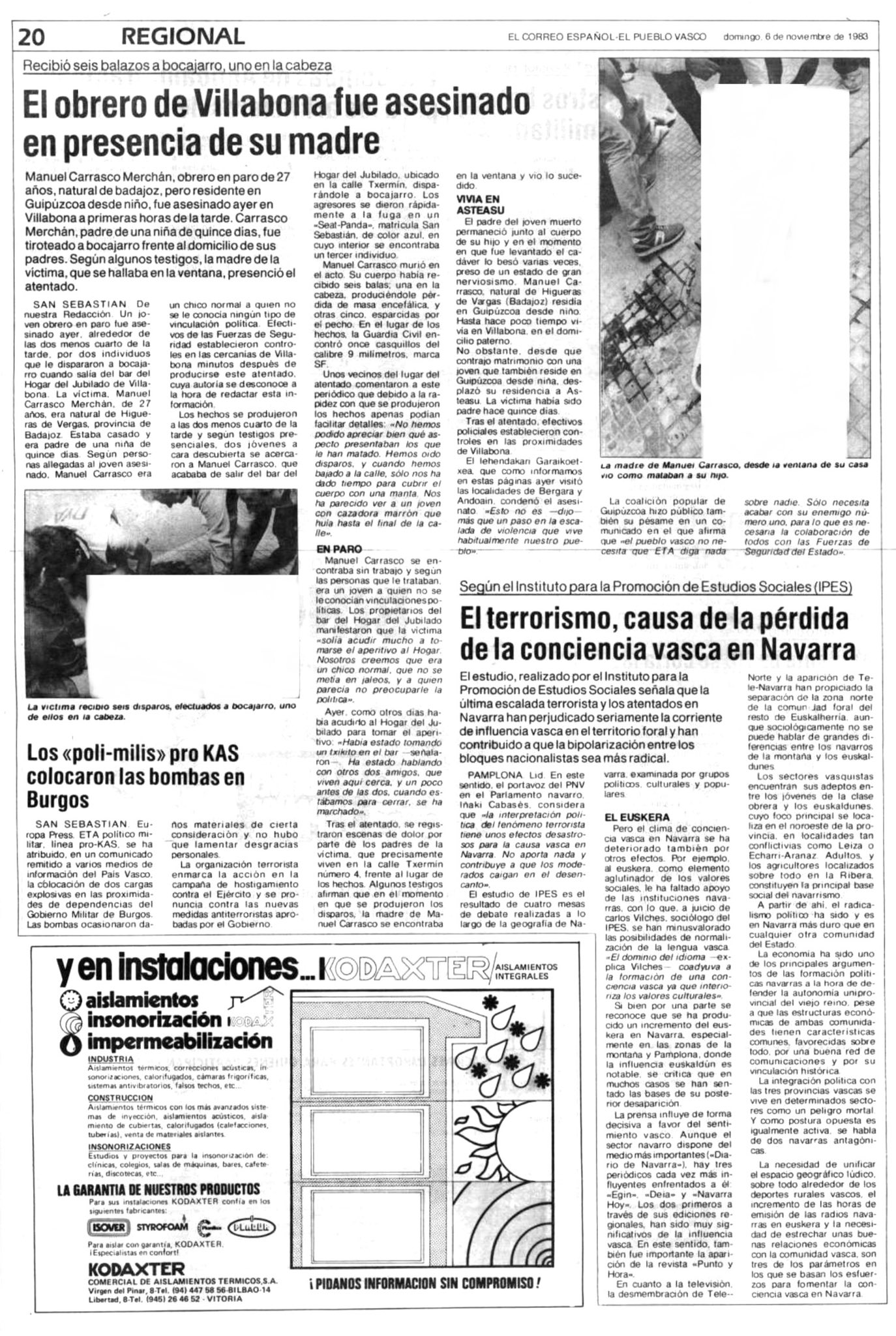 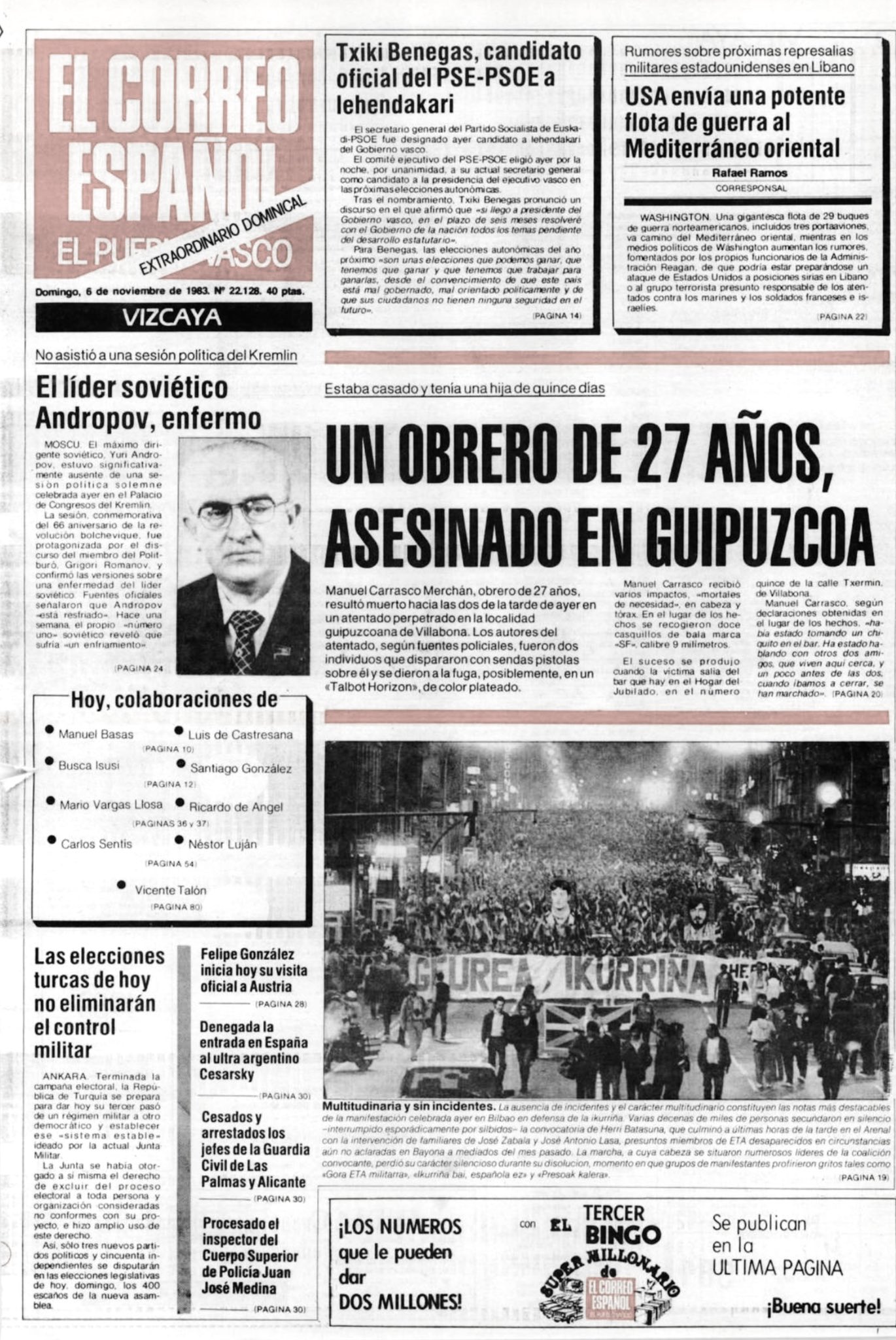