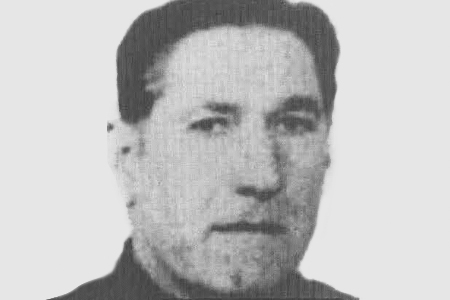 Early on the morning of 13 March 1976, an ETA terrorist got into Manuel Albizu Idiáquez’s taxi in Zumaya. As they were driving in the direction of San Sebastián, the terrorist asked him to turn off at a crossroads in Guetaria. He then shot him twice in the head. Some time later, a couple noticed the vehicle with its lights on and engine running and went over to look inside, where they found the taxi driver’s body.

Justifying the murder, ETA falsely claimed that the victim had been a police informer. No one has ever been brought to trial for Manuel Albizu’s killing. The perpetrators benefited from the 1977 amnesty and the case file has never appeared. A rubbish container was sited at the scene of the murder. The victim’s family made a formal request to Guetaria Town Council, governed by Bildu, to have it removed, but received no reply. Before becoming a taxi driver, Manuel had been a municipal police officer and his brother was a councillor on Deba town council. 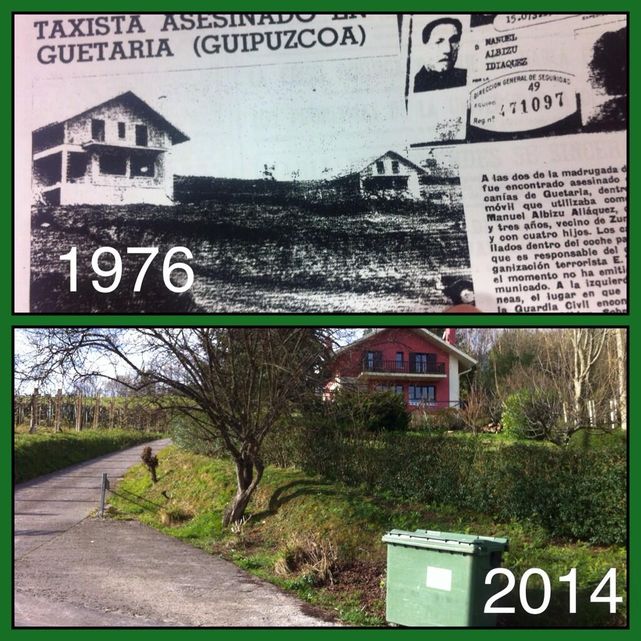 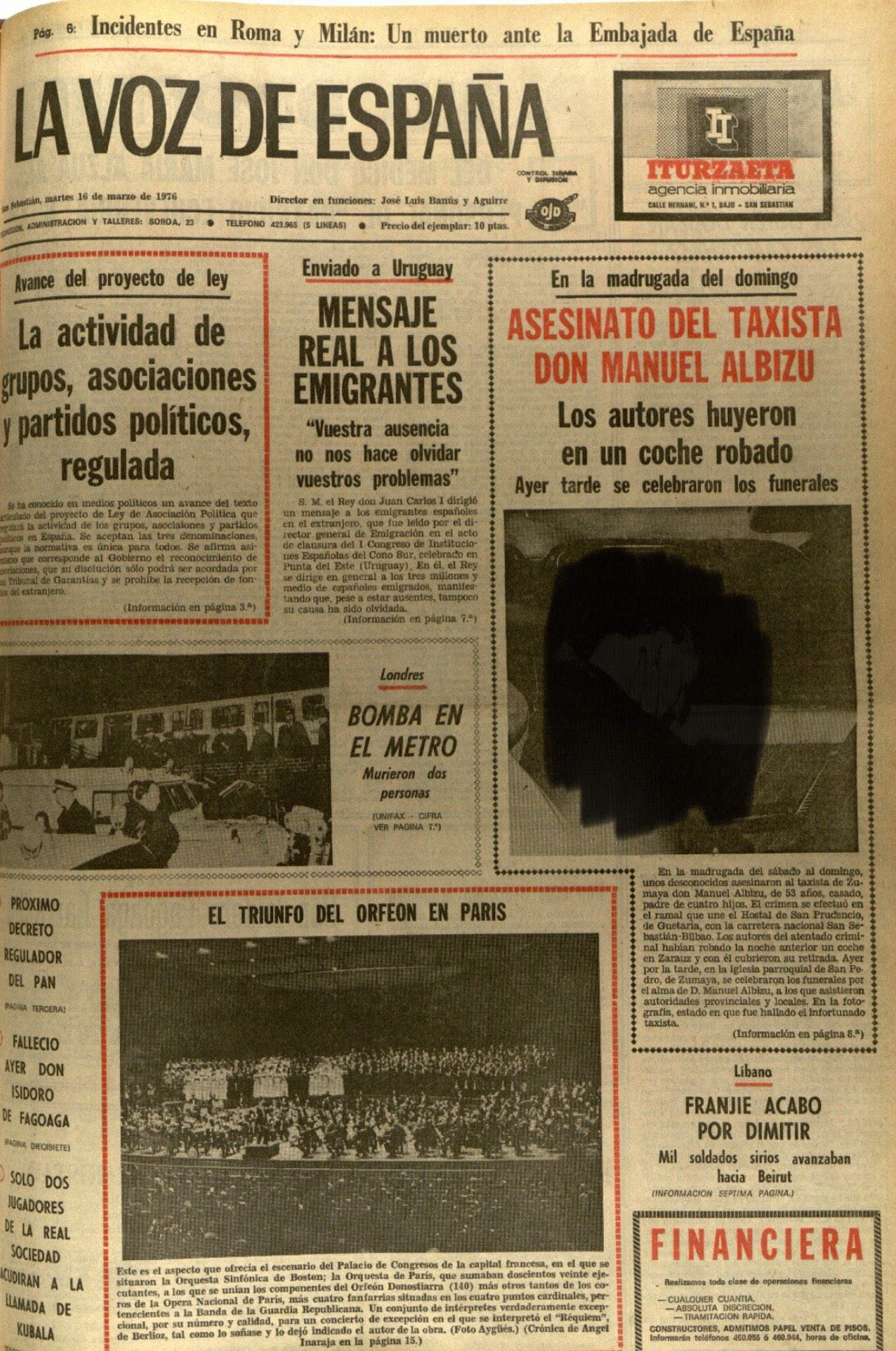