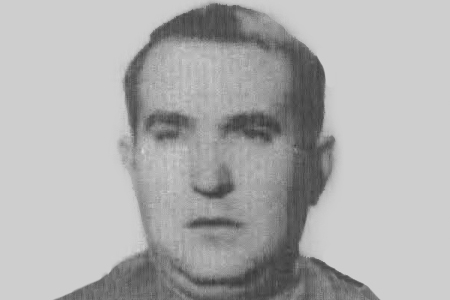 Magín Fernández Ferrero was killed by ETA at 9 am on 5 July 1981, just as his wife had opened up their newspaper shop in the Zuazo neighbourhood of Baracaldo, Bizkaia. He tried to get away, but his assailants shot him in the back and then again in the head after he had fallen to the ground. Altogether, fourteen bullet casings were found at the scene. The ETA members had stolen the vehicle in which they travelled to the crime scene a few minutes earlier.